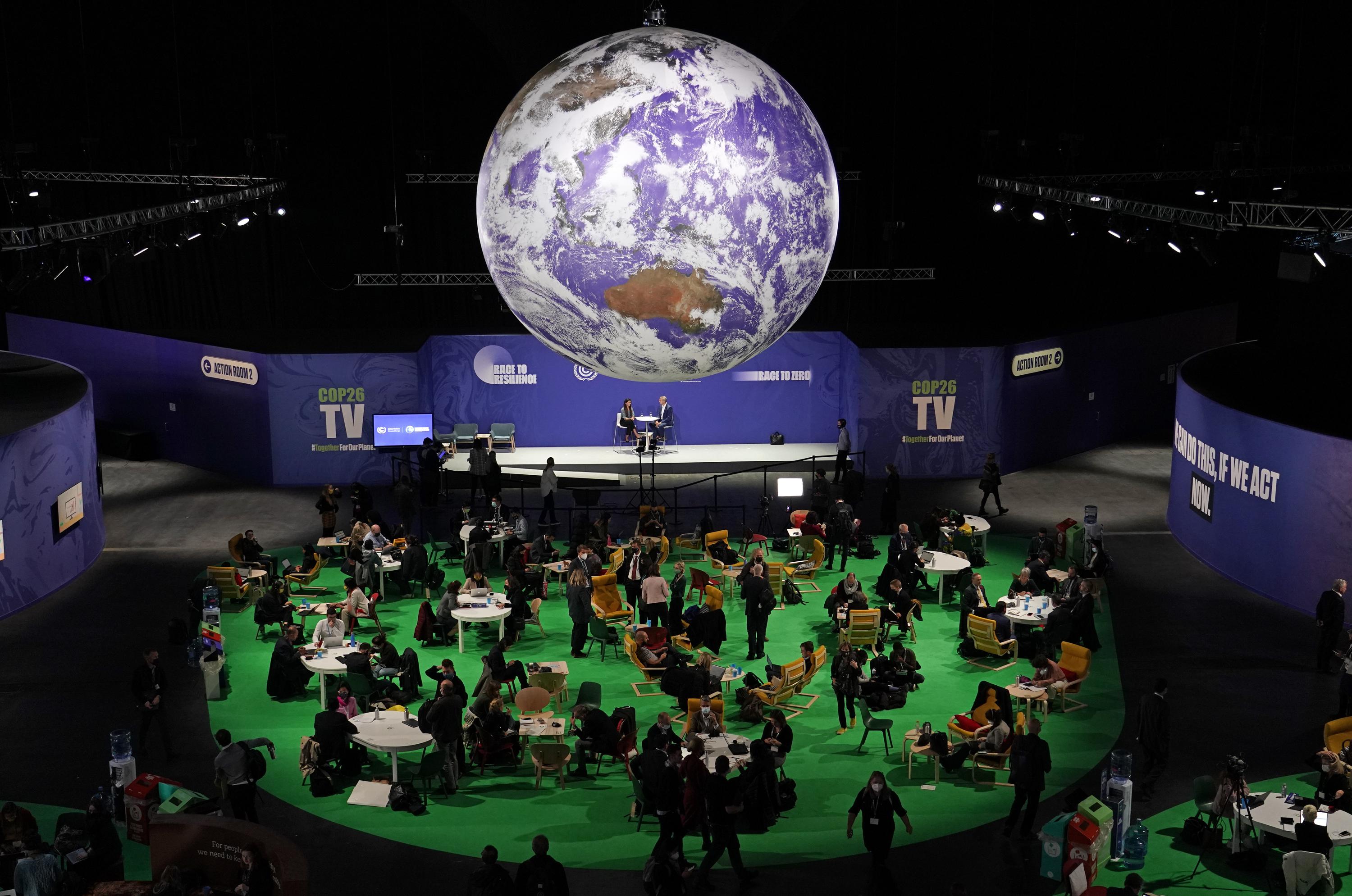 GLASGOW, Scotland (AP) — As this year’s U.N. climate talks go into their second week, negotiations on key topics are inching forward. Boosted by a few high-profile announcements at the start of the meeting, delegates are upbeat about the prospects for tangible progress in the fight against global warming.

Laurent Fabius, the former French foreign minister who helped forge the Paris climate accord, said the general atmosphere had improved since the talks began Oct. 31 and “most negotiators want an agreement.”

But negotiators were still struggling late Saturday to put together a series of draft decisions for government ministers to finalize during the second week of the talks. Here’s the state of play in four main areas halfway through the U.N. climate talks in Glasgow:

TOP RESULT FROM THE CONFERENCE

Each Conference of the Parties, or COP, ends with a general statement. It’s as much a political declaration as a statement of intent about where countries agree the effort to combat climate change is heading.

A flurry of announcements at the start of the COP26 talks in Glasgow on issues including ending deforestation, cutting methane emissions, providing more money for green investments and phasing out the use of coal could be reflected in this final declaration. Even though only some countries signed on to each of those deals, others would be encouraged to add their signatures at a later date.

Affirming the goal of keeping global warming at or below 1.5 degrees Celsius (2.7 degrees Fahrenheit) by the end of the century, compared to pre-industrial times, is also seen as important. With greenhouse gas emissions continuing to rise, host Britain has said it wants the Glasgow talks to “keep 1.5 C alive.” One way to achieve that would be to encourage rich polluters in particular to update their emissions-cutting targets every one or two years, rather than every five years as now required by the Paris accord.

Rich countries pledged to mobilize $100 billion each year by 2020 to help poor nations cope with climate change. That target was likely missed, much to the frustration of developing nations.

Restoring goodwill and trust between rich and poor countries on this issue requires a clear commitment on raising financial support starting from 2025. Addressing the thorny question of who is to pay for the losses and damages that nations face as a result of global warming they aren’t responsible for is likewise important, but agreement there could be elusive, observers say.

Many negotiators and observers at climate conferences roll their eyes when they hear the words “Article 6.”

The section dealing with rules for carbon markets has become one of the trickiest parts of the Paris climate accord to finalize. Six years after that deal was sealed, countries appear to be making headway though and there’s even talk of a breakthrough on the issue that so frustrated negotiators in Madrid two years ago.

Observers say Brazil and India may be willing to drop demands to count their old — but others say worthless — carbon credits amassed under previous agreements. The price for this might be that rich nations grant poor countries a share of proceeds from carbon market transactions to adapt to climate change. This has been a red line for the United States and the European Union until now.

A deal on Article 6 is seen as crucial because many countries and companies aim to cut their emissions to “net zero” by 2050. This requires balancing out any remaining pollution with an equal amount of carbon they can reliably say is captured elsewhere, such as through forests or by technological means.

The Paris Agreement lets governments set their own emissions-cutting targets, and many of them are in the distant future.

Verifying that countries are doing what they committed to, and that their goals are backed up by realistic measures, is tricky. China in particular has bristled at the idea of having to provide data in formats set by other nations. Brazil and Russia, meanwhile, have resisted demands to lay out in greater detail the short-term measures they’re taking to meet their long-term goals.

Follow AP’s coverage of the climate talks at http://apnews.com/hub/climate