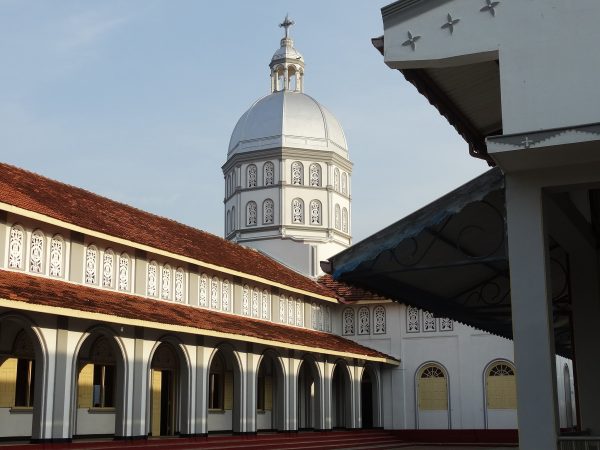 On April 1, Catholic bishop and human rights activist Reverend Rayappu Joseph passed away at the age of 80. Four days later, he was rested at St. Joseph’s Church. Sebastian in his area of ​​Mannar, northern Tamil, Sri Lanka. The funeral was attended by a large number of people from all walks of life and from many different political and religious backgrounds. Who is he and why is he so revered by the Tamil people of Sri Lanka and the Tamil community?

Born April 16, 1940 on Delft Island (Neduntheevu) in northern Sri Lanka, he served in the Diocese of Mannar from 1992-2016 and was vice-president of the Catholic Bishops’ Conference of Sri Lanka.

The relationship between the Bishop Joseph and the Tamil people in northeastern Sri Lanka began in the early 1990s when tensions between the Sri Lankan government and the Tamil Tigers were growing. He has become a human rights activist and justice campaigner by openly criticizing the militarization in his homeland of Tamil and participating in numerous protests against the state atrocities both in and after the civil war. Due to his constant campaigning and advocacy for the Tamil people, he was abused and threatened, including accusations of supporting the Tamil Tiger by the Sri Lankan government, the media and some church leaders.

Before Norway’s peaceful skirmishes in Sri Lanka, Bishop Joseph and his counterpart Sinhalese, Archbishop of Colombo Malcolm Ranjith, mediated between the Sri Lankan government and the Tamil Tigers from 1991 to 2001. Even then, he frequently urged both sides to end the violence and opt for dialogue.

Bishop Joseph is also the author of a number of reports detailing the forced disappearances of the young Tamil youth and other issues between the conflict, and he also witnessed several attacks by Sri Lankan troops, such as the 1999 bombardment of the historic Mannar Lady Madu Church, killed 37 civilians.

Bishop Joseph was a key witness to the last phase of the civil war in May 2009 in the Nandi lagoon, which ended with the killing of more than 40,000 civilians. After the civil war, Bishop Joseph and Christian clergy decided to appear before the Reconciliation and Learning Outcomes Committee (LLRC), established by the government of Sri Lanka – a committee on which Human Rights Watch , The International Crisis Group and Amnesty International describe it as “Fundamentally wrong. ”

The evidence submitted by Bishop Joseph to the LLRC is the only document ever published that addresses the exact number of people who disappeared in the late stages of the civil war, shocking 146,679 people.

When things look bleak, Bishop Joseph cites the Tamil cause, at a time when even leading Tamil representatives such as the Tamil National Union are hesitant to take the matter further. He repeatedly called on global organizations to support an independent investigation of war crimes and genocide against Tamil people, by denying domestic investigation mechanisms. In 2014, he wrote to the Commission on the Misses of the President of Sri Lanka to explain why he Appearance restrictions:

Over the years, I have grown tired of the domestic mechanisms dealing with the grave injustices faced by the Tamils ​​during the war, before and after the end of the war. Over the years, many commissions like yours have been set up and there is absolutely no evidence that they have handled the punishment. Most, if not all, of these commissions were provided to wash the eyes of the governments in power at that time.

Notably, since 2009, the United States and its allies have tried to pass resolutions against Sri Lanka in the United Nations Human Rights Council (UNHRC), only blocked by a Chinese veto. and Russia. Despite backlash against arguing Sri Lanka’s accountability, Bishop Joseph continued to call for an independent investigation untilSevere illness forced him to give up permanently from living together in 2016.

A week before his death, a UK-sponsored solution was adopted in the UNHRC to strengthen monitoring and reporting on the human rights situation in Sri Lanka, including on progress in mediation and accountability. It gave the Tamil community hope of urging the United Nations to bring Sri Lanka to the International Criminal Court.

Although Bishop Joseph would no longer be alive to witness the results of his tireless movement, His loyal support of the Tamil community will remain highly revered. His critics claim that he has little sympathy for Muslims, and in the church himself he is considered conservative society of some people, especially issues related to women. But criticism does not overshadow his uncompromising fight for rights and justice, which is why Tamil organizations in Sri Lanka and the community have urged the Vatican to canonize Bishop Joseph – no not because of his religious activities, but because of his humanitarian activities towards the need and without a voice.