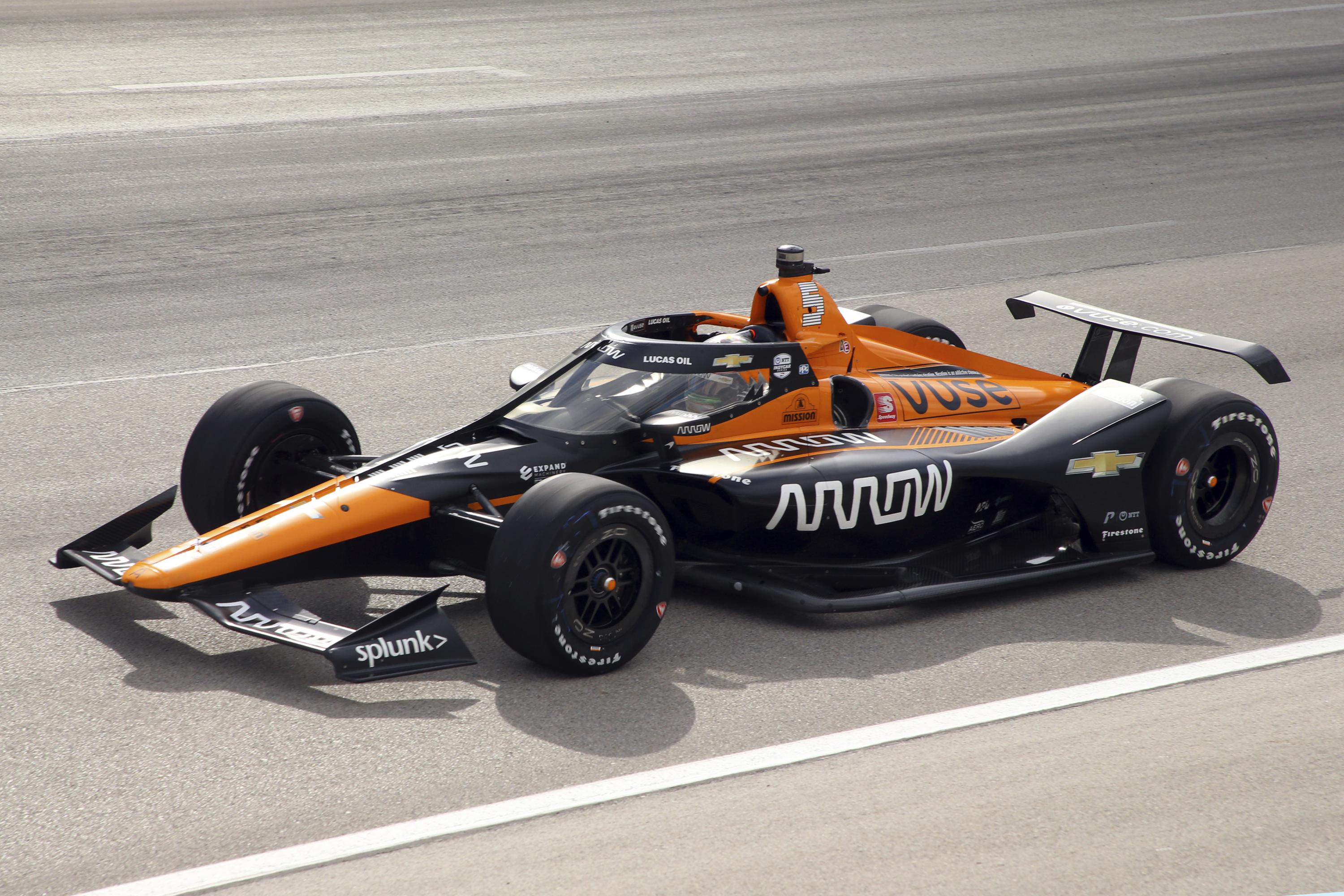 MONTEREY, Calif. (AP) — The tiny IndyCar team Sam Schmidt formed 20 years ago moved another step toward becoming an elite organization with a sponsorship extension by Arrow Electronics announced ahead of Sunday’s race at Laguna Seca.

Arrow McLaren SP said only that the deal with Arrow is “a long-term multiyear partnership extension” that retains Arrow’s name in the team title. Arrow continues as a partner of the McLaren Formula One team, the organization said.

The extension was announced as Pato O’Ward headed into Sunday’s race ranked second in the IndyCar standings with a viable shot at giving Arrow McLaren its first IndyCar title. Schmidt drivers have competed for championships at the Indy Lights level but never at the top IndyCar level.

Simon Pagenaud finished fifth in the standings twice, and a Schmidt-owned car best third in a stretch from 2012 to 2014 in which the team showed the potential that first attracted Arrow. The Colorado-based company took a partial role in 2015, continued to expand its funding each year since and ultimately took on an investment stake that made Arrow an entitlement sponsor of the race team.

McLaren joined in 2019 as a commercial partner and will take over at the end of this season as majority owner from Schmidt and his business partner Ric Peterson. The team name won’t change, but it will more clearly be a McLaren production with a strong partnership with Arrow.

Arrow Electronics chairman Mike Long took pride in being a part of Schmidt’s growth from a single-car team to an organization that plans to have three full-time cars by 2023 and has mounted a legitimate championship campaign with O’Ward. Long said Schmidt and Peterson were operating with a year-to-year plan when Arrow became a partner.

“The approach we took was, ‘We’re going to be there, we’re going to provide resources for you to win, but we’ve got to see the vision.’”

The team was indeed growing and overcame a 2018 setback when promising rookie Robert Wickens suffered a spinal cord injury in a crash. Schmidt, a quadriplegic from a 2000 crash, and Arrow, which has built an “exoskeleton” that allowed Schmidt to dance with his daughter at her wedding, have supported Wickens during his recovery.

But everything stepped up a notch in 2019 when McLaren partnered with Arrow and Schmidt in its slow return to the IndyCar Series. The organization has had aggressive driver turnover — McLaren brass saw a superstar in O’Ward and grabbed the Mexican when he surprisingly became available — and steady growth on the track.

O’Ward won his first two career IndyCar races this season — his victory at Texas in May was the first since 2016 for a Chevrolet outside of the Team Penske fleet — and now he’s trying to give the organization a championship.

“We’re not here to lose,” Schmidt said. “We’ve been building this a long time. I think a lot of drivers and the teams, they see our cars, they see we’ve doubled the size of our resources. This is what we’ve wanted to do since 2013.”

O’Ward and Felix Rosenqvist are both expected to return in 2022, and McLaren boss Zak Brown has said he hopes to have three cars the next year. Brown just last weekend celebrated a 1-2 McLaren sweep for the F1 team’s first win in nine seasons — a fete that has energized the organizations in both IndyCar and F1.

“We’re nervous,” Schmidt said about the IndyCar championship. “But it’s good nervous. We want to be here.”