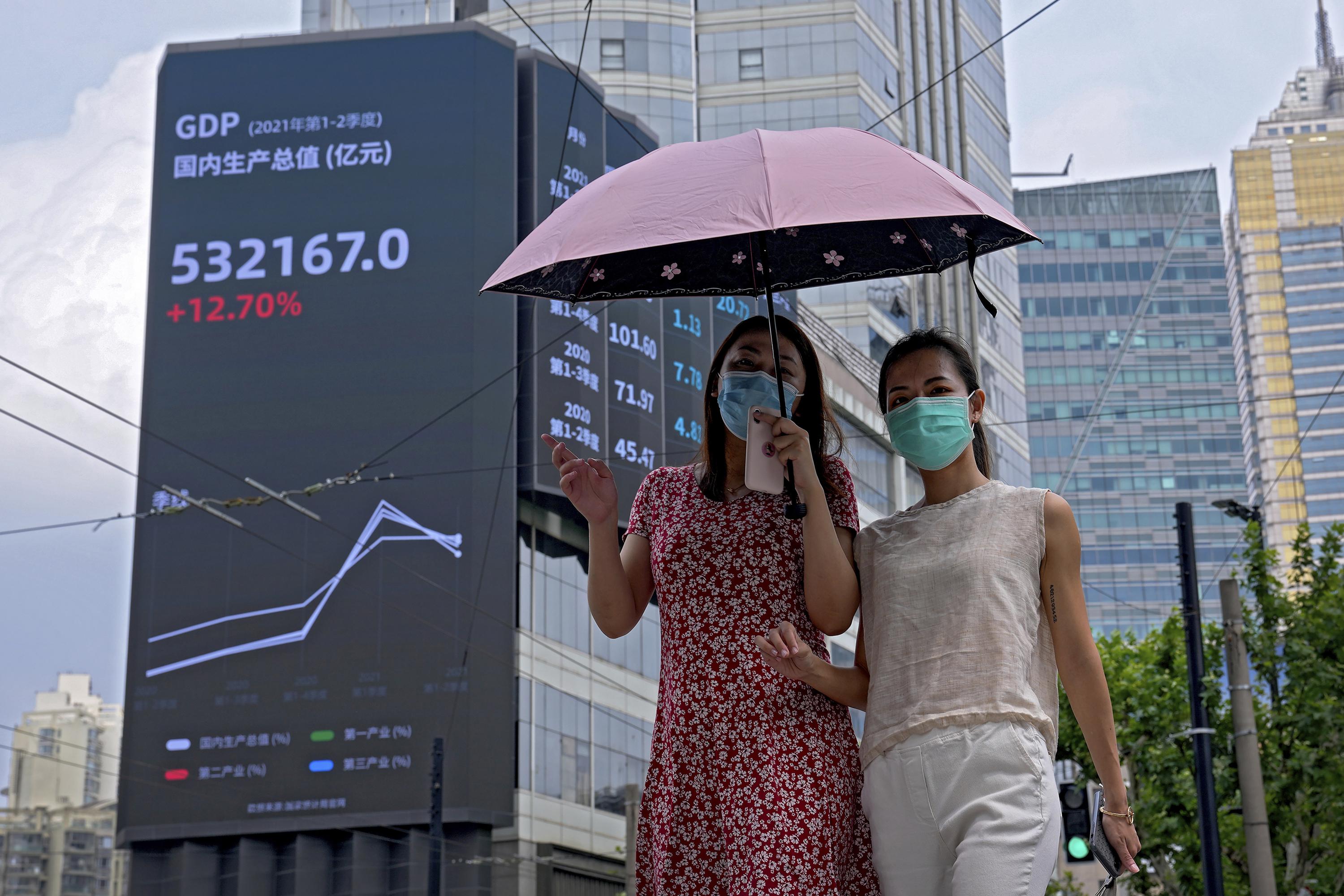 Developing economies in Asia will likely grow at a slower pace than earlier expected due to prolonged COVID-19 outbreaks and uneven progress in vaccinations, the Asian Development Bank said in a report Wednesday.

Most regional economies will remain below their pre-pandemic levels into 2022, and some of the losses from the crisis will be permanent, ADB economists said.

“Support for businesses and households will continue to be important for the economic recovery,” Joseph Zveglich, the bank’s acting chief economist, said in an online briefing.

The forecast for China’s growth remained at 8.1% in 2021, with growth expected to slow to 5.5% in 2022. The country where the virus was first reported in 2019 has adopted a “zero tolerance” policy that has kept outbreaks under control and life in much of the country close to normal.

But as is true for much of the region, the country is discouraging travel inside its borders and allowing only minimal international travel.

The outlook for other parts of Asia, where outbreaks have been more severe, was less upbeat.

Growth in Southeast Asia is forecast at 3.1% this year, despite the rebound effect from a contraction in 2020. In 2022, the ADB expects the region’s economy to expand at a 5.0% pace.

In South Asia, where outbreaks flared in the spring, the ADB expects economic growth of 8.8% this year and 7.0% next year.

The economists forecast only moderate inflation despite widespread concern that surging prices for oil and other commodities and products could prompt central banks to cut back on the massive support they have provided since the pandemic hit in early 2020.

But Chinese banks have ample capital reserves and the government is likely to intervene to stem the fallout if it defaults on its debts, he said.

The economists likewise said they do not see significant risk of market meltdowns, or “taper tantrums” in reaction to a tightening of monetary policy by the Federal Reserve.

Nearly two years into the pandemic, the Fed has said it only expects to begin raising current ultra-low interest rates in 2023. And ample stimulus from central banks will help insulate economies as they ease back on such support, he said.

“Normalization will come, but we don’t think it’s a near-term risk,” Abiad said.

A more pressing concern is the slow and uneven pace of vaccine rollouts.

The 46 countries covered in the ADB report had only 27.8% of their populations fully vaccinated by Aug. 31, the report said. Rates vary widely from about 80% in Singapore to less than 10% in Myanmar, Pakistan and Vietnam.

Speeding up the pace of vaccinations is crucial because it can help alter the entire nature of the pandemic, the report said.

The ADB also urged governments to do more to improve farm incomes and productivity, given the critical role that plays in helping alleviate poverty — the bank’s mission.

The pandemic has pushed an 75 million to 80 million people in developing Asia into extreme poverty, the report said. That has caused greater food insecurity.

Nearly three-quarters of the 291 million people newly vulnerable to hunger are in Asia, mainly Bangladesh, India, Indonesia and Pakistan, it said.