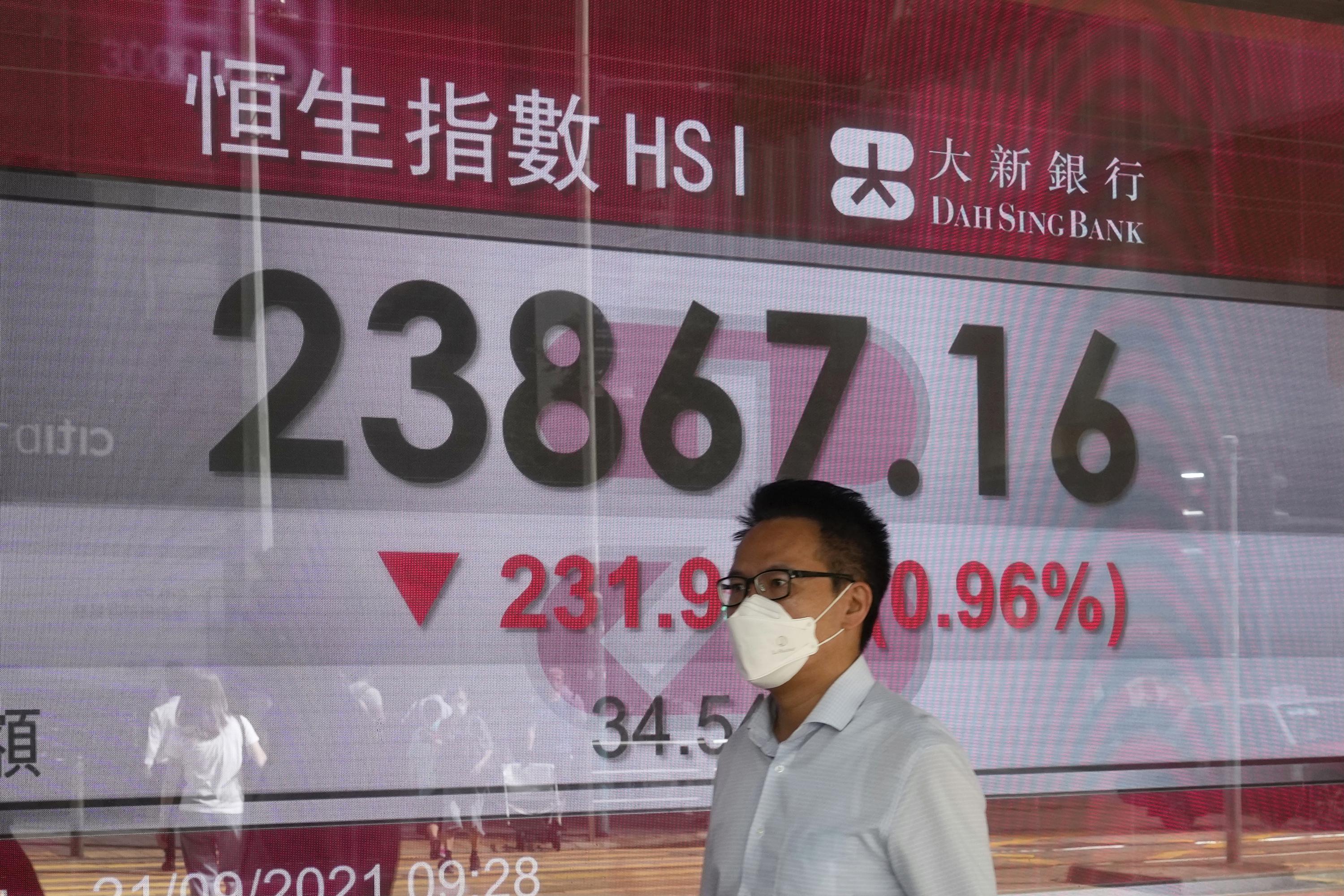 On Monday, U.S. stocks logged their biggest drop since May, with the tech-heavy Nasdaq composite sinking 2.2%.

Markets were closed Tuesday in Taiwan, Shanghai and South Korea.

Analysts said fears the damage from a property bust in China could ripple worldwide were drawing on memories of past financial crises such as the bursting of the Japanese “bubble” economy or the 2008 sub-prime mortgage crisis.

In Japan, that catastrophe is called the Lehman crisis for the 2008 collapse of the Lehman Brothers which aggravated the situation.

“The whisper is that this could be China’s ‘Lehman moment.’ Even with Chinese markets closed until Wednesday, we are seeing knock-on sell-offs around the world,” said RaboResearch.

Airlines were among the few bright spots. American Airlines rose 3% to lead all the gainers in the S&P 500. Delta Air Lines rose 1.7% and United Airlines added 1.6%.

The worries over Chinese property developers and debt have recently centered on Evergrande, one of China’s biggest real estate developers, which looks like it may be unable to repay its debts.

Those property companies have been big drivers of the Chinese economy, which is the world’s second-largest.

If they fail to make good on their debts, the heavy losses taken by investors who hold their bonds would raise worries about their financial strength. Those bondholders could also be forced to sell other, unrelated investments to raise cash, which could hurt prices in seemingly unrelated markets.

It’s a product of how tightly connected global markets have become, and it’s a concept the financial world calls “contagion.”

Many analysts say they expect China’s government to prevent such a scenario, and that this does not look like a Lehman-type moment. Nevertheless, any hint of uncertainty may be enough to upset Wall Street after the S&P 500 has glided higher in almost uninterrupted fashion since October, leaving stocks looking expensive and with less room for error.

On top of those worries, investors are watching to see if the Federal Reserve might ease off the accelerator on its support for the economy. And heavy government spending to counter the impact of the pandemic has raised the likelihood that Congress may opt for a destructive game of chicken before allowing the U.S. Treasury to borrow more money.

The Fed is due to deliver its latest economic and interest rate policy update on Wednesday.