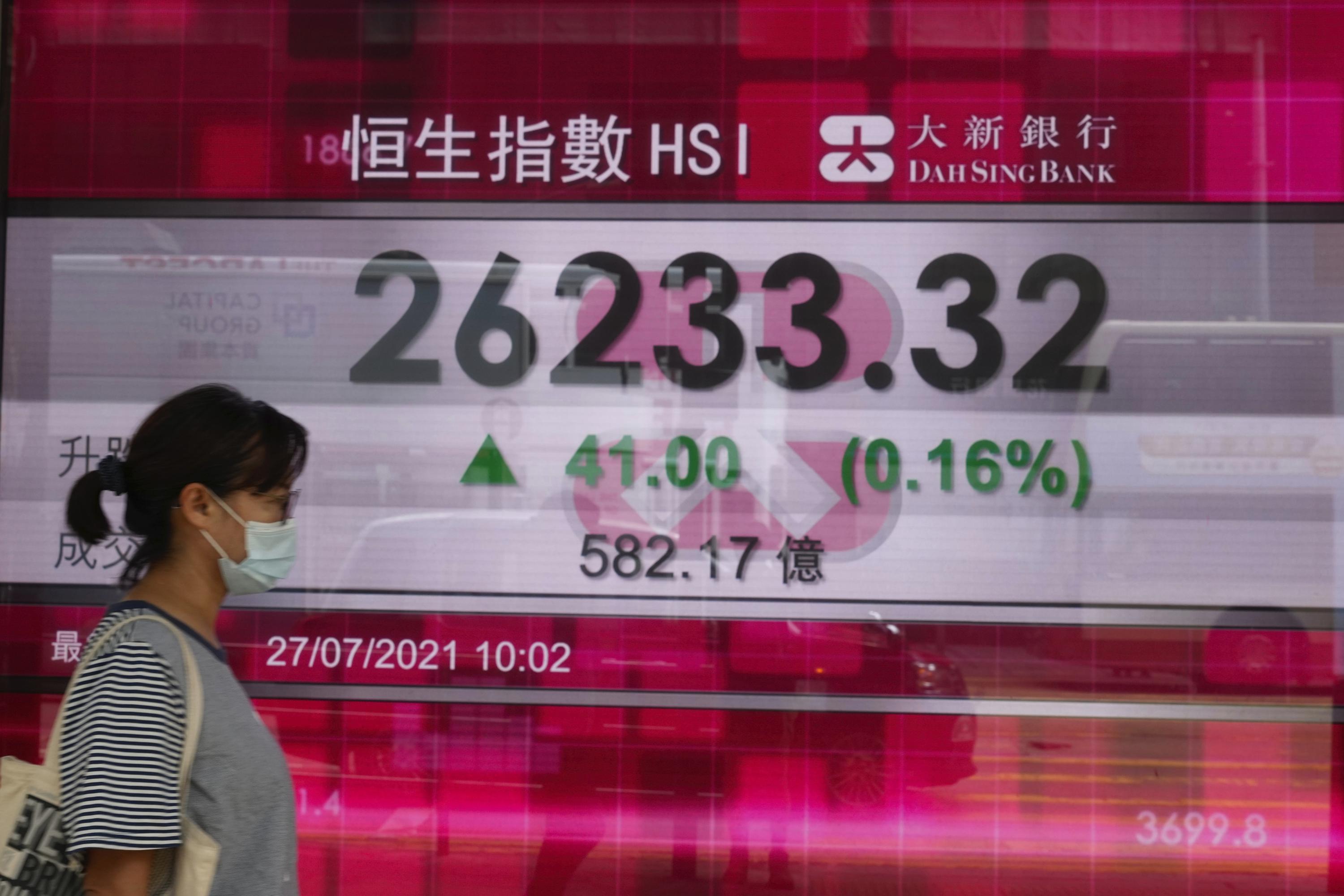 BEIJING (AP) — Asian stock markets were mixed Tuesday as investors looked ahead to a Federal Reserve report for an update on when U.S. stimulus might start winding down.

Tokyo and South Korea advanced while Hong Kong retreated and Shanghai swung between gains and losses.

On Monday, Wall Street’s benchmark S&P 500 index rose to a new record, shrugging off worries about the spread of the more contagious delta variant of the coronavirus.

Investors awaited the Fed report Wednesday for signs of the central bank’s level of concern about inflation and when it might start rolling back easy credit and other economic stimulus. Minutes of the Fed meeting in June showed board members discussed how and when they might reduce monthly bond purchases that inject money into the financial system.

“We expect Jay Powell to reiterate that the tapering discussion is underway, but that it’s too soon to reveal a specific date,” Danielle DiMartino Booth of Quill Intelligence said in a report.

The Kospi in Seoul rose 0.2% to 3,232.35.after economic growth moderated to 0.7% over the previous quarter in the three months ending in June, down from previous quarter’s 1.7%.

““A painfully sobering message may be: ‘You can take the company listing out of China, but you can’t take China (risks) out of the company,’” said Mizuho Bank in a report. “If unresolved, this may ultimately impair the ability of Chinese firms to raise global capital, a serious impediment to Beijing’s aspirations to grow global champions.”

In energy markets, benchmark U.S. crude gained 26 cents to $72.17 per barrel in electronic trading on the New York Mercantile Exchange. The contract fell 16 cents to $71.91 on Monday. Brent crude, used to price international oils, advanced 29 cents to $73.99 per barrel in London. It rose 40 cents the previous session to $74.50.