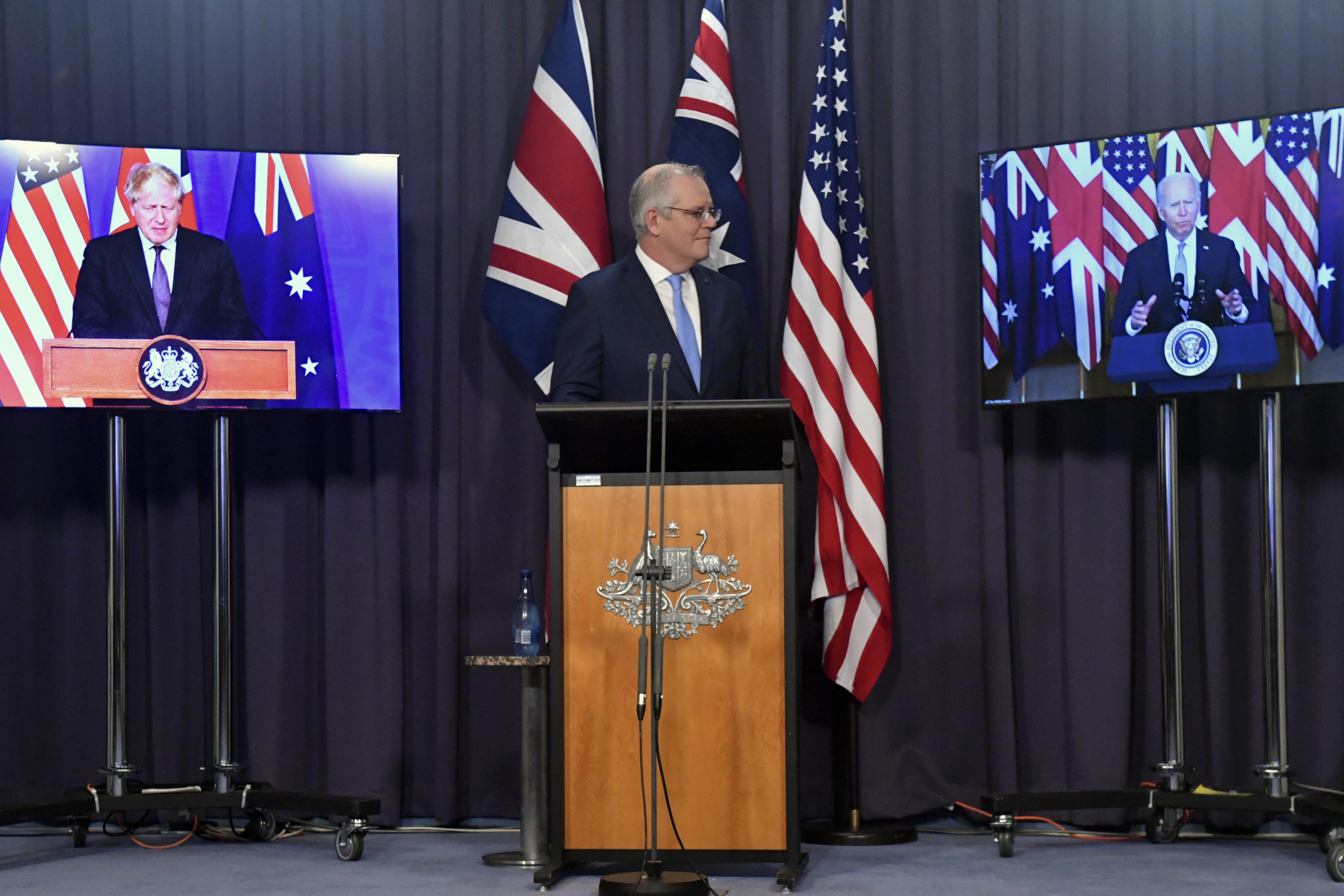 President Joe Biden on Wednesday had announced a new U.S. security alliance with Australia and Britain that would develop an Australian nuclear-powered submarine fleet.

As a result, Australia notified France that that it would end its contract with state majority-owned DCNS to build 12 of the world’s largest conventional submarines. Australia has spent 2.4 billion Australian dollars ($1.8 billion) on the project since the French won the contract in 2016.

Morrison said U.S. nuclear submarine technology wasn’t an option open to Australia when the AU$56 billion ($43 billion) deal was struck in 2016. The United States had until now only shared the technology with Britain.

Morrison said he told French President Emanuel Macron in June that there were “very real issues about whether a conventional submarine capability” would address Australia’s strategic security needs in the Indo-Pacific.

“Of course they’re disappointed,” Morrison said. “They’ve been good partners. This is about our strategic interest, our strategic capability requirements and a changed strategic environment and we’ve had to take that decision.”

Australia had not yet decided what class of submarine it would select and did not know how much the nuclear fleet would cost, Morrison said.

But Morrison said Australia’s defense budget would grow above the current 2.2% of gross domestic product.

The first of the 97-meter (318-foot) Shortfin Barracuda submarines, an adapted French nuclear sub design, was to be delivered in 2027.

Morrison said he expected the first of the nuclear subs, which are to be built in the Australian city of Adelaide, would be built within a decade.

Top French officials made clear they were unhappy with the deal.

“The American choice to exclude a European ally and partner such as France from a structuring partnership with Australia, at a time when we are facing unprecedented challenges in the Indo-Pacific region, whether in terms of our values or in terms of respect for multilateralism based on the rule of law, shows a lack of coherence that France can only note and regret,” French Foreign Minister Jean-Yves Le Drian and Defense Minister Florence Parly said in a joint statement.

Left out of the new alliance was Australia’s South Pacific neighbor New Zealand, which in the 1980s enacted policies and laws to ensure it remains nuclear-free. That includes a ban on nuclear-powered ships entering New Zealand ports, a stance which has seen it clash, at times, with the U.S.

Prime Minister Jacinda Ardern said Thursday that New Zealand wasn’t asked to be part of the alliance and wouldn’t have expected an invitation.

“The centerpiece, the anchor of this arrangement are nuclear-powered submarines,” Ardern said. “And it will be very clear to all New Zealanders, and to Australia, why New Zealand would not wish to be a part of that project.”

Ardern said the new alliance didn’t diminish its close ties to the U.S., Britain, Australia and also Canada, which had been solidified through the Five Eyes intelligence-sharing arrangement.