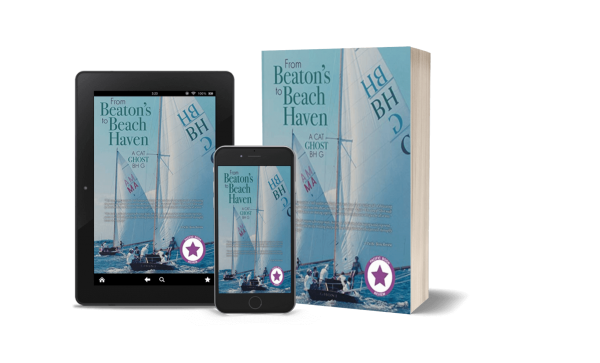 Author William W. Fortenbaugh’s critically acclaimed book “From Beachton’s to Beach Haven,” which takes an in-depth look at the life and times of Ghost, a New Jersey catboat, is now available for purchase at leading digital stores.

“From Beachton’s to Beach Haven” focuses on a twenty-eight-foot wooden Ghost, which belongs to a class of boats unique to Barnegat Bay in New Jersey. The class originated in 1922 and, by 1924, was recognized as a racing class under the name A Cat.

The class was seriously affected by the Great Depression, but it survived and began a renaissance in 1980, when David Beaton and Sons built Wasp, a new A Cat, following plans dating to 1923. Ghost was Beaton’s second A Cat and was an immediate success.

“The story of Ghost created by David Beaton and Sons is something boating experts and enthusiasts will be inspired and fascinated,” says William.

William says Ghost was and remains a paradigm of excellence in the construction of wooden boats.

The building process was photographed in detail and is now recorded in book form. Photos paired with explanation take the reader from making patterns and preparing the woodshop to a celebratory launch at Beaton’s rigging dock.

That is followed by an account of Ghost’s initial disaster on the racecourse, a remarkable recovery, and then twenty-two years of continuous competition.

The conclusion focuses on Ghost’s new home at the New Jersey Maritime Museum. 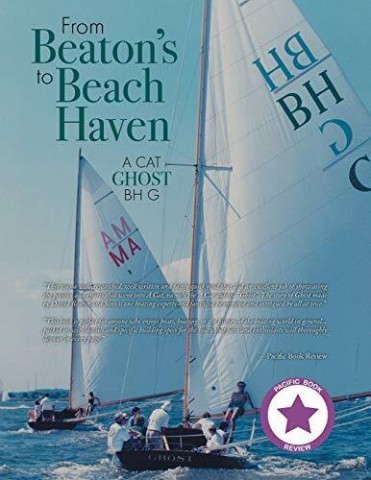 One of the reviews published on Amazon described the book as fast-paced and easy to read. The book is charmed by the respect for the boat builders’ skill, from the steam-bending of the planks to the stepping of the mast.

“At first glance, you might think this 8 ½” by 11″ book is a coffee table ornament. On the contrary, this is a very readable, well-written book with a warm story to tell. It will appeal particularly to woodworkers, sailors, and admirers of wooden boats,” states a review provided by Florence Herbruck.

Those who want to get a copy of “From Beachton’s to Beach Haven” can purchase the book at Amazon, Barnes and Noble, and Book Depository.

Writers’ Branding, a full-service self-publishing company, has led the way in bringing out the book to the public, providing many authors exclusive access to publicity.

William is Professor Emeritus of Classics at Rutgers University, and his professional career focused on Aristotle and his School.

“I’d like to think of myself as a scholar who gets up every morning, reads a little Greek, perhaps a little German, and then gets on to Aristotle and writes scholarly books full of footnotes,” he says.

An avid sailor beginning at the age of eight, William raced many boats, including the Barnegat Bay A Cat. In retirement, he came to recognize the unique value of the A Cat and of David Bealon and Sons, where Ghost was built.

“Having sailed Ghost for 22 years and having seen it built, I fell in love with the idea of writing something very different. So I set out to write about this boat and I realized somewhere along the line that this isn’t a scholarly book. I threw away all the footnotes and tried to write shorter sentences, and it worked out pretty well,” says William.