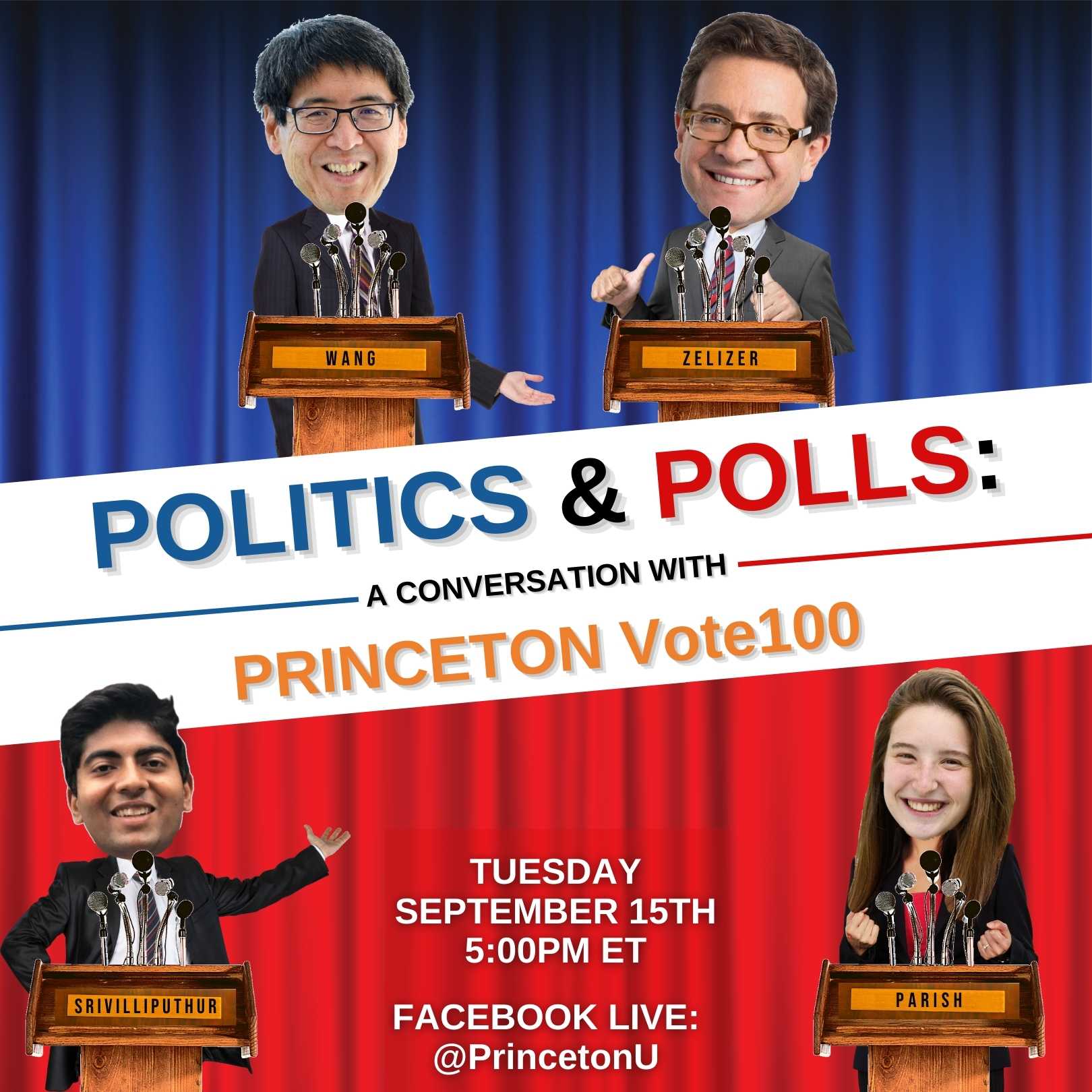 In 2014, according to National Study of Learning, Voting and Engagement, only 11% of Princeton University students voted. This gloomy rally has inspired Princeton’s 100-vote initiative, with the stated goal of encouraging a 100% voter turnout among eligible Princeton students. In 2018, the number of students who voted more than quadrupled, to 50%, but is still lacking compared to the Vote100’s participation target.

Both Professors Sam Wang and Julian Zelizer (co-organizers of SPIA’s Politics Podcasts and Polls) Act as the faculty advisor to the initiative. And this summer, more than two dozen Princeton students have been the project’s graduate students, working to register their peers, providing important election information (especially so many). vote absent) and bring excitement to elections this fall.

On September 15, at 5 p.m. Eastern time, Professors Wang and Zelizer will talk to two university graduate students about their work. You can participate in the Politics & Polls podcast event live using link. See you later!