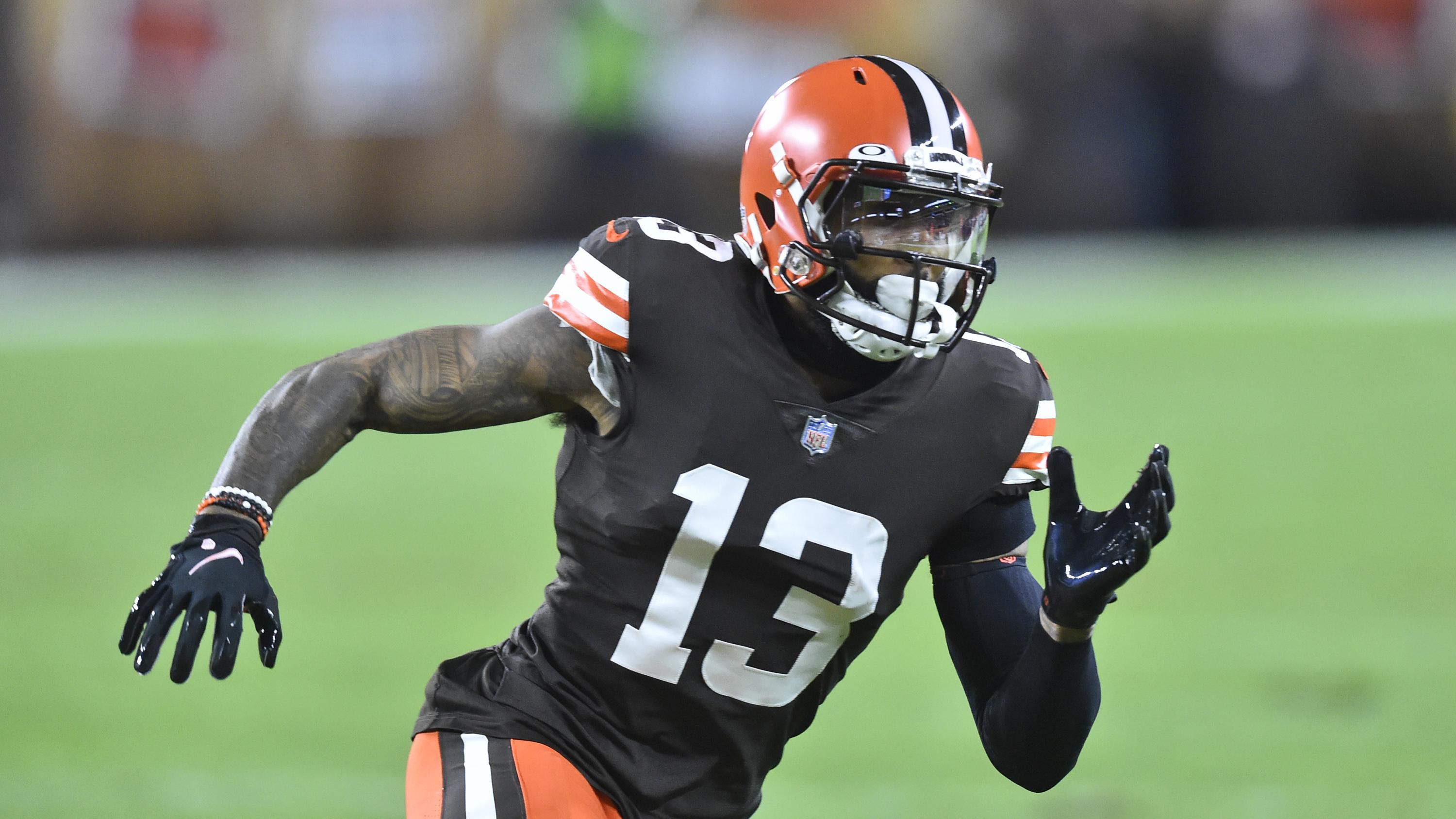 CINCINNATI (AP) — The Cleveland Browns and receiver Odell Beckham Jr. signed the settlement for his release, clearing the way for him to potentially become a free agent, a person familiar with the agreement told The Associated Press on Saturday.

Beckham, who was excused by the team this week for his conduct, will officially be waived Monday, said the person who spoke on condition of anonymity because of the sensitivity of the matter.

On Friday, Beckham’s 29th birthday, Browns general manager Andrew Berry said it was time to cut ties with him after 2 1/2 seasons in which the three-time Pro Bowler produced few highlights on the field.

Berry and Beckham’s agent spent the past few days working toward the separation, which became inevitable when his father shared a video on social media showing times when Browns quarterback Baker Mayfield didn’t throw him the ball.

However, there were deeper issues than the video with Beckham, who had requested to be traded several times and showed his frustration in recent weeks.

The Browns and Beckham agreed to eliminate the non-guaranteed two years remaining on his contract after 2021, the person said.

Once Beckham’s waived, he can be claimed by a team that would have to pay the $7.25 million he’s owed for the remainder of this season.

If Beckham clears waivers Tuesday at 4 p.m., he’ll be become a free agent and the Browns would owe him $4.25 million, saving the club $3 million.

NFL Network was first to report the financial terms,

By restructuring the deal, Beckham is more likely to become a free agent, which is his preference since he can then choose his team. In that scenario, the Browns would get a break financially.

Beckham was acquired in 2019 by the Browns in a trade from the New York Giants by former general manager John Dorsey, who wanted to give Mayfield a game-breaking playmaker.

He arrived with a reputation for being self-centered and disruptive and never seemed to get comfortable in Cleveland. He had more 1,000 yards in his first season, but suffered a knee injury in 2020 and was out when the Browns ended a long playoff drought and won their first playoff game in 26 years.

Beckham’s situation provided a messy backdrop this week for the Browns (4-4), who play a critical game Sunday against the Cincinnati Bengals (5-3). Cleveland has dropped three of four and can’t afford many more losses, especially inside the AFC North, if it wants to make the playoffs.