Karmic fortune has arrived to the digital art market, with a kaleidoscopic splash of colours and the face of a revered Thai monk offering portable Buddhist good luck charms to tech-savvy buyers.

Sales of non-fungible tokens (NFTs) — virtual images of anything from popular internet memes to original artwork — have swept the art world in recent months, with some fetching millions of dollars at major auction houses.

“CryptoAmulets” is the latest venture to chase the craze, with founder Ekkaphong Khemthong sensing opportunity in Thailand’s widespread practice of collecting talismans blessed by revered monks.

“I am an amulet collector and I was thinking about how I could introduce amulets to foreigners and to the world,” he told AFP. 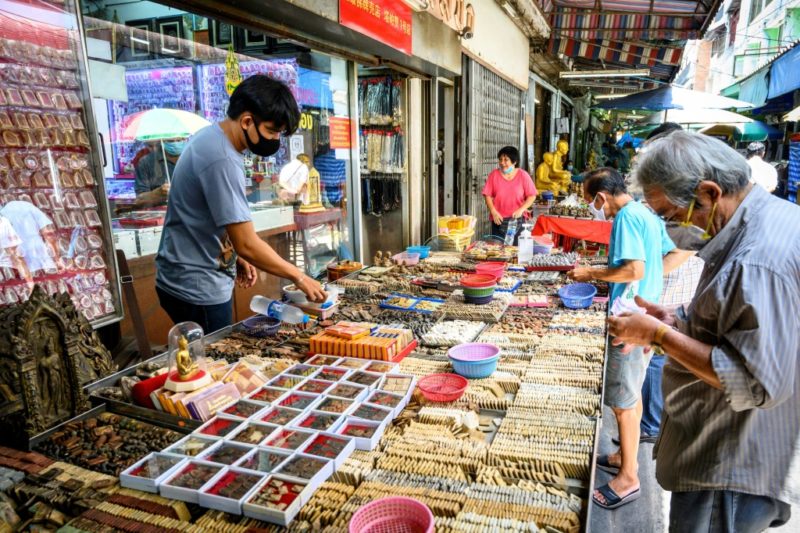 Collecting amulets and other small religious trinkets is a popular pastime in Buddhist-majority Thailand, where the capital Bangkok has a market solely dedicated to the traders of these lucky objects.

Their value can rise thousands of dollars if blessed by a well-respected monk.

Despite being a digital format, Ekkapong wanted CryptoAmulets to have the same traditional ceremony as a physical piece, which is why he approached Luang Pu Heng, a highly regarded abbot from Thailand’s northeast.

“I respect this monk and I would love the world to know about him — he is a symbol of good fortune in business,” he said.

Luang Pu Heng last month presided over a ceremony to bless physical replicas of the digital amulets, which show a serene image of his face. 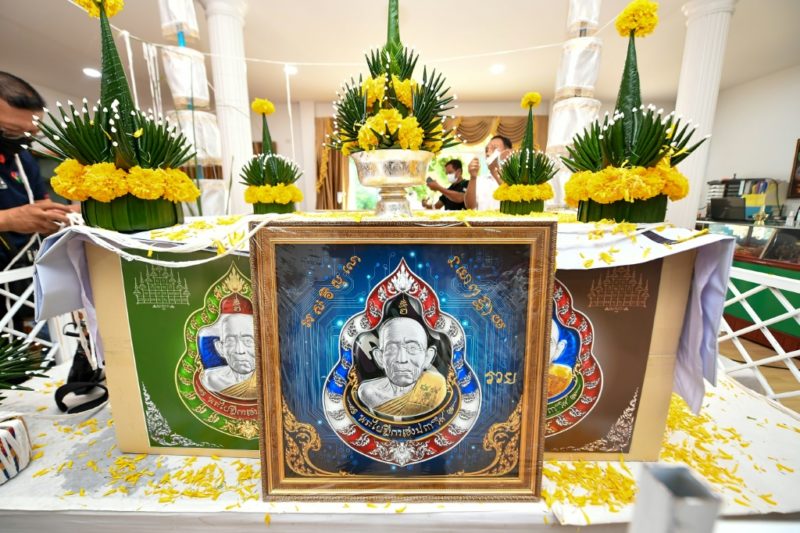 CryptoAmulets are priced on a tiered system in ethereum, the world’s second-largest cryptocurrency after bitcoin, and are currently selling for between $46 and $1,840. — © AFP

He splashed holy water onto his own visage as his saffron-robed disciples chanted and scattered yellow petals on the altar where the portraits were mounted.

One challenge was trying to explain the concept of NFTs to the 95-year-old abbot, who assumed he would be blessing physical amulets.

“We said to him that it’s like blessing the photos.”

Transforming amulets into crypto art also means the usual questions of authenticity plaguing a talisman sold in a market are eliminated, he added.

“There are so many amulets being mass produced… All the records could be lost and these physical items can be easily counterfeited,” Chan said.

NFTs use blockchain technology — an unalterable digital ledger — to record all transactions from the the moment of their creation.

“For our amulet, even a hundred years later, they can still check back the record to see what the blockchain is,” Chan said.

But founder Ekkaphong would not be drawn on the karmic effectiveness of digital amulets, compared to their real-life counterparts.

“They are different,” he said.

On the CryptoAmulets website online gallery, different inscriptions are written in Thai — “rich”, “lucky” or “fortunate”, for instance — around each of the tokens.

They are priced on a tiered system in ethereum, the world’s second-largest cryptocurrency after bitcoin, and are currently selling for between $46 and $1,840. 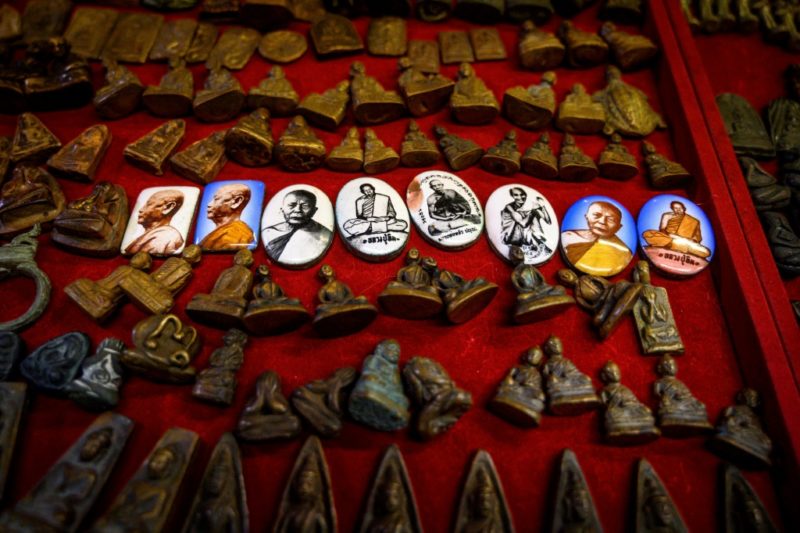 Collecting amulets and other small religious trinkets is a popular pastime in Buddhist-majority Thailand, where the capital Bangkok has a market solely dedicated to the traders of these lucky objects. — © AFP

Sales have been slow ahead of Sunday’s purchase deadline, with only 1,500 tokens sold out of the 8,000 available, and with Thais making up most of the buyers.

Thai chef Theerapong Lertsongkram said he bought a CryptoAmulet because of his reverence for objects blessed by Luang Pu Heng, which he says have brought him good fortune.

“I have had several lucky experiences such as winning small lottery prizes… or being promoted on my job,” said Theerapong, who works in a Stockholm restaurant.

“I did not know anything about NFTs before, but I made the decision to buy it as I respect Luang Pu Heng so much,” he told AFP.

But fellow collector Wasan Sukjit — who adorns the interior of his taxi with rare amulets — has a harder time with the concept.

“Amulets need to be something physical, something people can hold,” he scoffed.

“I prefer the ones I can hang on my neck.”