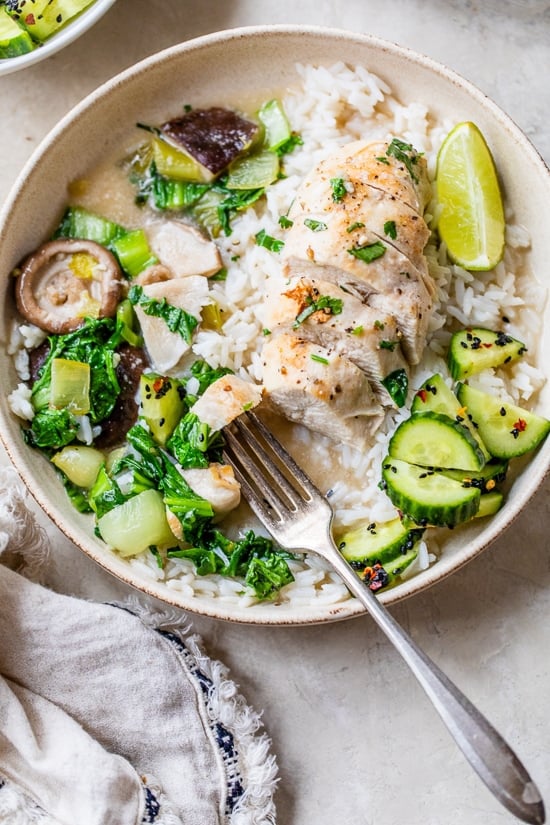 Coconut boiled chicken with choysum and mushroom served with cucumber sesame salad is simple, fast and full of flavor.

This one-pan method of cooking produces a richly salty broth with a variety of vegetables while keeping the chicken breasts super soft and juicy. Mushrooms, ginger and coconut milk help create the flavor in no time. Even though rice or quinoa is optional, I love adding it for great broth absorbency. The sesame cucumber salad is a perfect fresh piece that adds a highlight to the entire dish. For more coconut milk recipes, try Chicken curry with coconut milk and Salmon coconut curry with spinach and chickpeas. 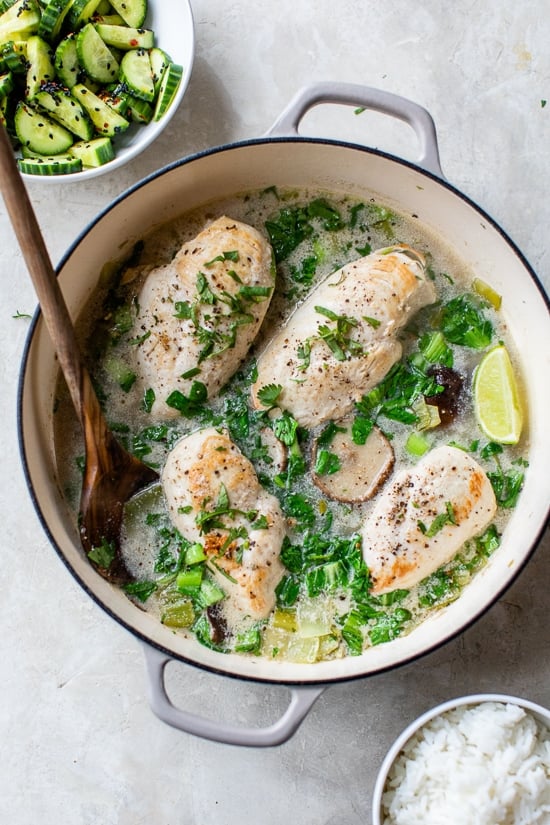 I’m usually not a fan of chicken breasts as they can be dry and boring, but they really shine in this coconut chicken recipe. Chicken cook over low heat in a mixture of coconut milk and chicken broth, ensuring they will taste sweet. Just make sure not to overcook them. You can check if the chicken is cooked by cutting it in half about 10 minutes after cooking.

What is the difference between bok choy and baby bok choy?

Bok choy and baby bok choy are basically the same, but baby bok choy is smaller and softer. If you are using regular choysum in this recipe, you will need to separate the white stalks from the green stalks as the stalks take longer to cook. You will add the white part at the top with the mushrooms and then the green part at the end. If you use young choysum, you can cook the stalks and vegetables together before cooking the chicken.

How to make coconut chicken

This coconut braised chicken dish looks fancy, but the way is not complicated. 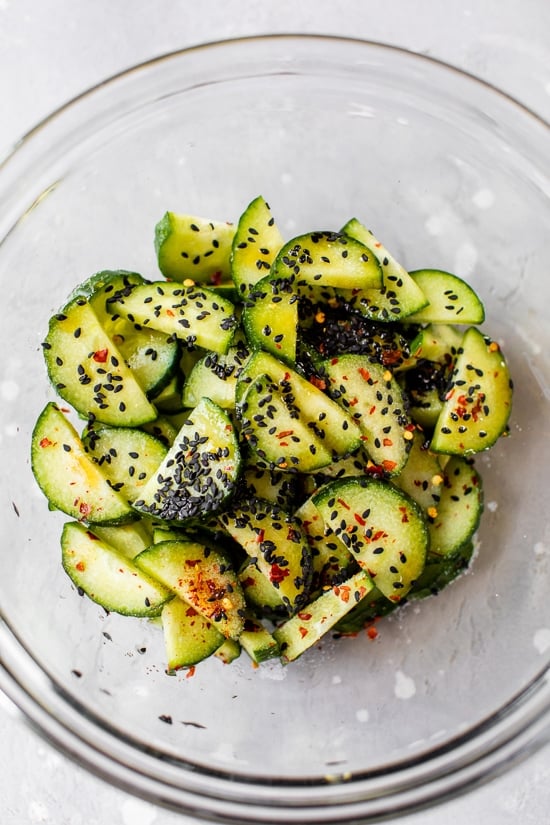 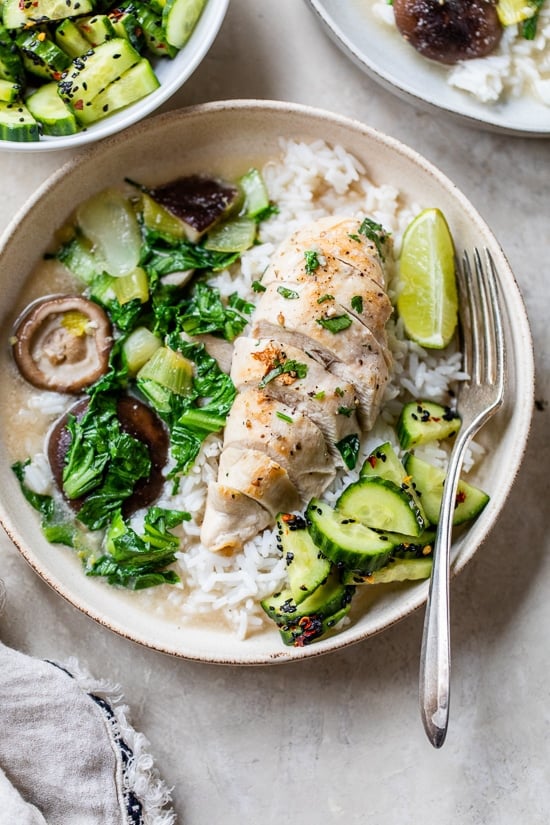 Coconut boiled chicken with choysum and mushroom served with cucumber sesame salad is simple, fast and full of flavor.

Get new free recipes and exclusive content delivered right to your inbox: