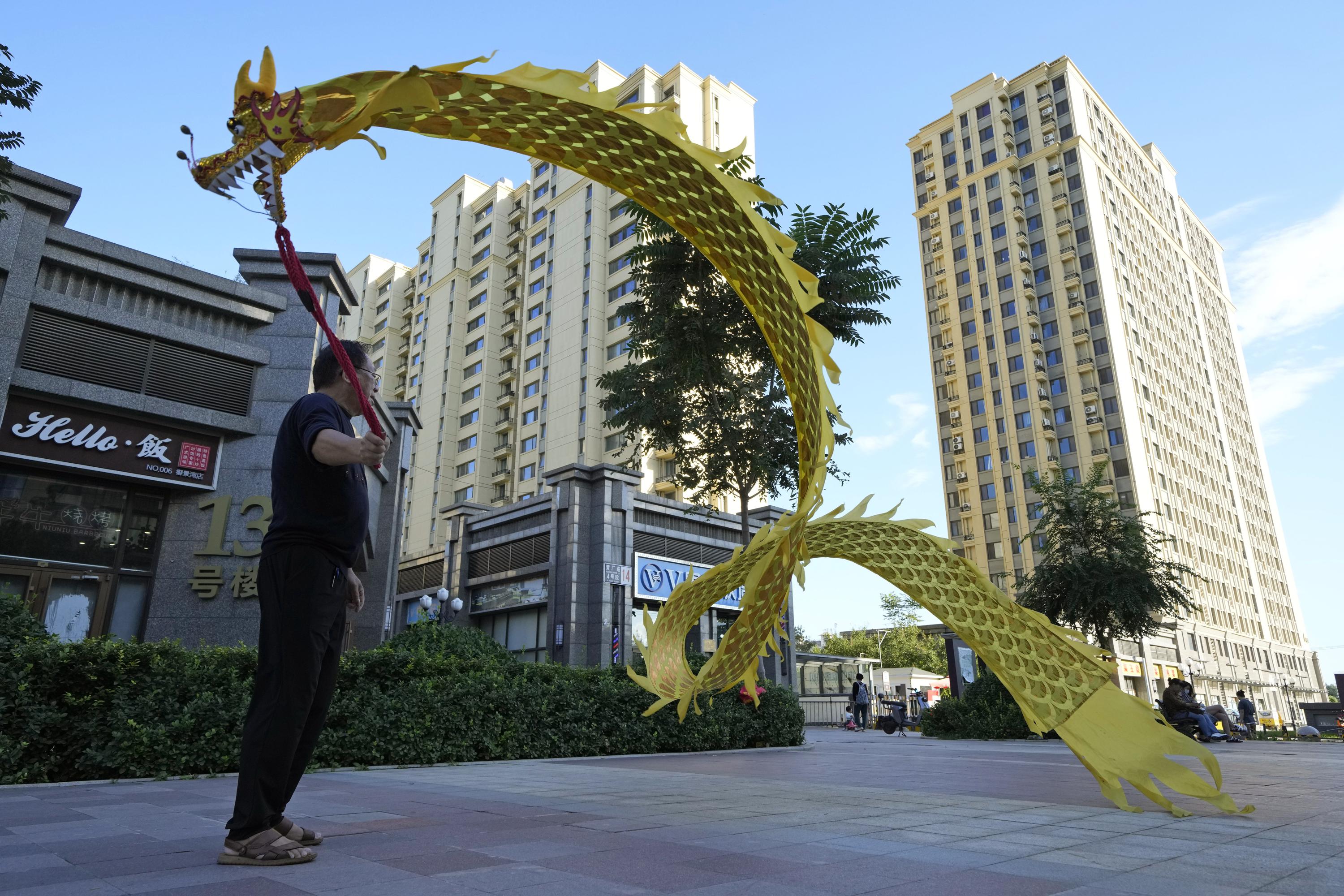 BEIJING (AP) — A Chinese real estate developer that is struggling to avoid defaulting on billions of dollars of debt reassured jittery global markets at least briefly Wednesday by announcing it will make an interest payment due this week.

The Chinese government, meanwhile, kept investors guessing about whether it might intervene.

Evergrande Group’s struggle to comply with financial limits regulators imposed to curb rising debt levels has prompted fears a default might cause global shockwaves. Economists say banks and bondholders are likely to lose money if Evergrande restructures its $310 billion debt but Beijing has the resources to prevent a Chinese credit crunch.

The government wants to avoid appearing to arrange a bailout as it tries to force private companies to cut their debt loads but probably will try to protect families that paid for apartments that are yet to be built, economists say. That would cause bigger losses for other creditors.

Evergrande, one of China’s biggest private sector conglomerates, said it will make a payment due Thursday on a 4 billion yuan ($620 million) bond denominated in Chinese yuan.

A company statement said details were “settled in negotiations outside the market” but gave no indication whether that meant any change in the payment. The bond has a 5.8% interest rate, which would make the normal amount due 232 million yuan ($36 million) for one year.

Evergrande gave no information on possible future payments including a bond denominated in U.S. dollars in March.

“The silence from Beijing is adding to market nervousness,” Venkateswaran Lavanya of Mizuho Bank said in a report.

Still, the Shanghai Composite index bounced back from early losses on Wednesday, gaining 0.4%. Hong Kong’s market, which has been jolted by Evergrande’s predicament, was closed for a holiday.

The company’s billionaire founder, Xu Jiayin, expressed confidence in a letter to employees this week that the company will quickly resolve its debt problems.

Regulators tightened limits on borrowing by China’s real estate industry last year to rein in surging debt the ruling Communist Party worries might threaten economic growth. Evergrande has sold billions of dollars of assets to pay down debt and get under the official limits.

The ruling party has declared reducing debt and financial risks a priority since 2018. But total corporate, government and household borrowing rose to nearly 300% of economic output last year from 270% in 2018, unusually high for a middle-income country.

As of June 30, Evergrande reported 2 trillion yuan ($310 billion) of outstanding debts to bondholders, banks, construction contractors and other creditors.

Of that debt, 240 billion yuan ($37.3 billion) was due within a year, nearly triple Evergrande’s 86.8 billion yuan ($13.5 billion) in cash holdings, according to a company financial report.

Beijing allowed the first corporate bond default of the communist era in 2014 as part of efforts to force borrowers and lenders to be more disciplined. Defaults by private sector borrowers have gradually been allowed to increase, but the government has arranged bailouts for state-owned companies.