Cookie Langs will start by reaching out to educational institutions outside of Korea to drive interest in the new service. 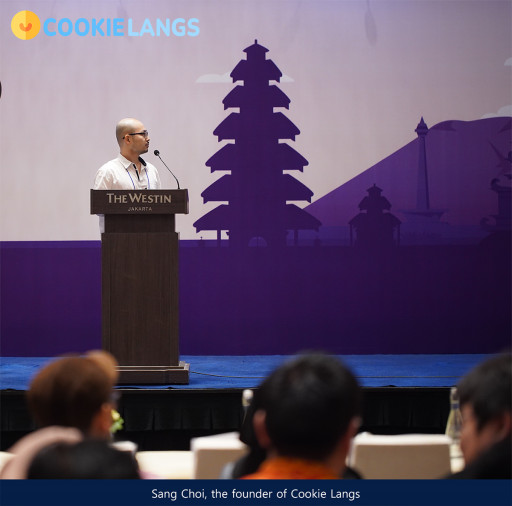 Cookie Langs, a casual-learning app and artificial-intelligence developer based in South Korea, has signed a licensing agreement with Oxford University Press (OUP) to use the Oxford 2000 wordlist: a core vocabulary list that contains the essential words that all primary EFL learners need to learn. Cookie Langs will use the Oxford 2000 in a real-time multiplayer gaming app called Battle App. The app pits learners against each other in race-against-the-clock games that test their English vocabulary knowledge and retention.

Cookie Langs has a proven track record in the education and technology fields. In 2019, its English-language learning app, FanE, was awarded App of the Year by the Ministry of Science and Information Technology in South Korea. It was also the winner of a competition for AI start-ups run by iFLYTEK, a leading Chinese AI company.

The Oxford 2000 is the latest wordlist in a hugely successful series that includes the Oxford 3000 and Oxford 5000. The wordlist covers around 55-60 topics that typically occur in primary/elementary school learning materials including ‘content’ topics (animals; the environment), ‘functions’ (classroom language; describing things) and ‘notions’ (facts, ideas and opinions; time).

Joseph Noble, Head of Licensing at OUP’s English Language Teaching division said, “We are always looking to bring our market-leading resources for vocabulary learning to new audiences and are delighted to see the Oxford 2000 words list being used in such an innovative way by Cookie Langs.”

Sang Choi, CEO of Cookie Langs, said, “Using the Oxford 2000 will help us take the Battle App to the next level. The words and examples are excellent for young learners of English. The result of this collaboration will be a top-quality edutainment service for young learners of English. Cookie Langs will start by reaching out to educational institutions outside of Korea to drive interest in the Battle App.”

Cookie Langs is a casual app developer based in South Korea. Although it is an incorporated company, Cookie Langs donates 20% of its profit to projects supporting vulnerable children.

The founder, Sang Choi is the only Asian to have been invited twice as a speaker to the CeBIT conference in Germany. In 2015 and 2016, he presented the first conversational video service. Jack Ma(Alibaba) and Lay June(Xiaomi) were also speakers of CeBIT in 2016.

He won the best movie award in the Greece International film festival back in 2011 as a movie director.

Oxford University Press (OUP) is a department of the University of Oxford. It furthers the University’s objective of excellence in research, scholarship, and education by publishing worldwide. OUP is the world’s largest university press with the widest global presence.

It has become familiar to millions through a diverse publishing program that includes scholarly works in all academic disciplines, bibles, music, school and college textbooks, children’s books, materials for teaching English as a foreign language, business books, dictionaries and reference books, and academic journals.