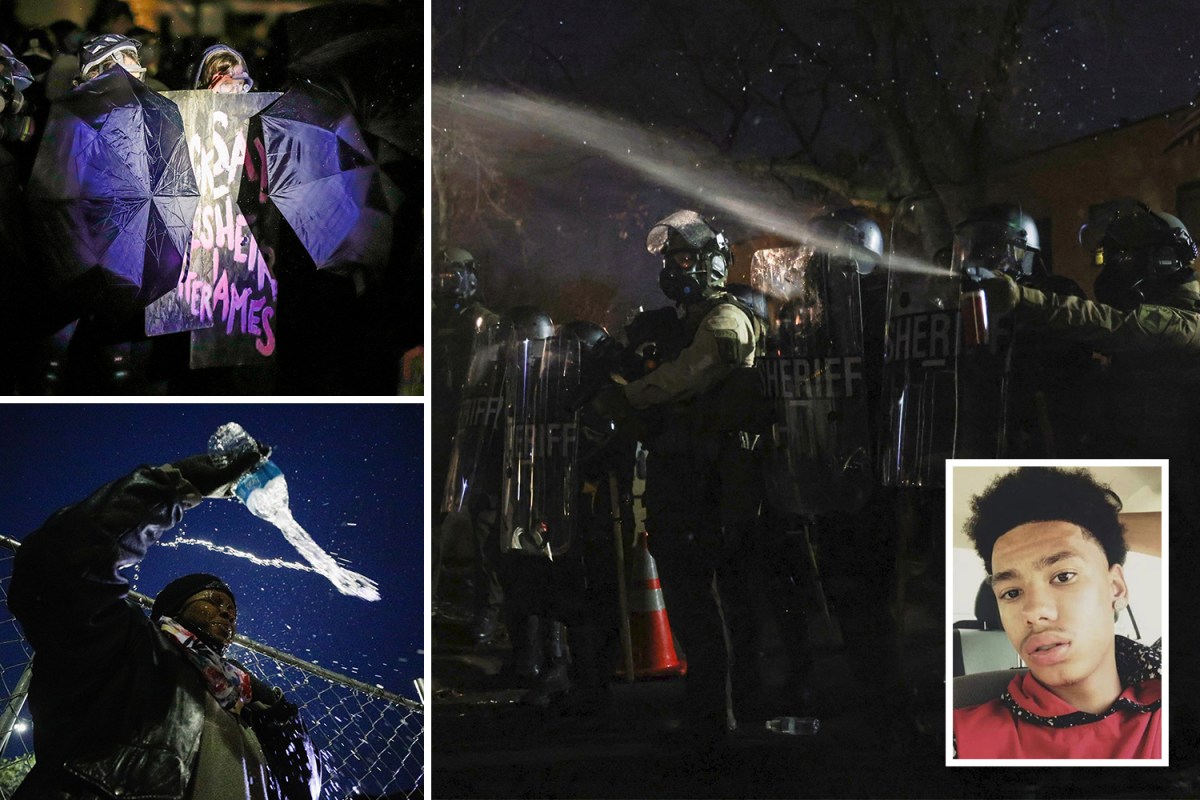 PROTESTS erupted in Minnesota on the third consecutive night when thousands of protesters clashed with police following the shooting of 20-year-old Daunte Wright.

People jumped flashbang and threw fireworks, bottles, bricks among other airways at the police in Central Brooklyn, where 25-year veteran officer Kim Potter shoot and kill OK during traffic stops on Sunday.

After a demonstration outside the county police station, protesters marched to FBI headquarters and kept peace at 7pm as everyone listened to the speaker.

Since it is close to the 10pm curfew to be applied in Brooklyn CenterPolice told protesters over loudspeaker that they had 10 minutes to leave the area because gathering was illegal.

The curfew is in effect until 6 a.m. on Wednesday.

The police put barricades around the police-like headquarters Minnesota The National Guard has been brought in with additional numbers.

Everyone shouted “Raise your hand”, “Say his name,” “No justice, no peace” among the other chants.

Some buildings were graffitied with “Black Lives Matter” while others paraded through the streets as police pushed them away.

Security enhancement came after 34 people were arrested for protesting the shooting Black man of a white officer, only 11 miles from place George Floyd was killed by Officer Derek Chauvin less than a year ago.

Wright’s death also sparked protests in cities across the country, as protesters gathered in New York, Washington DC, Philadelphia and beyond.

Wright was killed when Porter thought she took on her mission to stop Wright from running out of the stop.

Porter and Brooklyn’s Sheriff Tim Gannon resigned from their work.