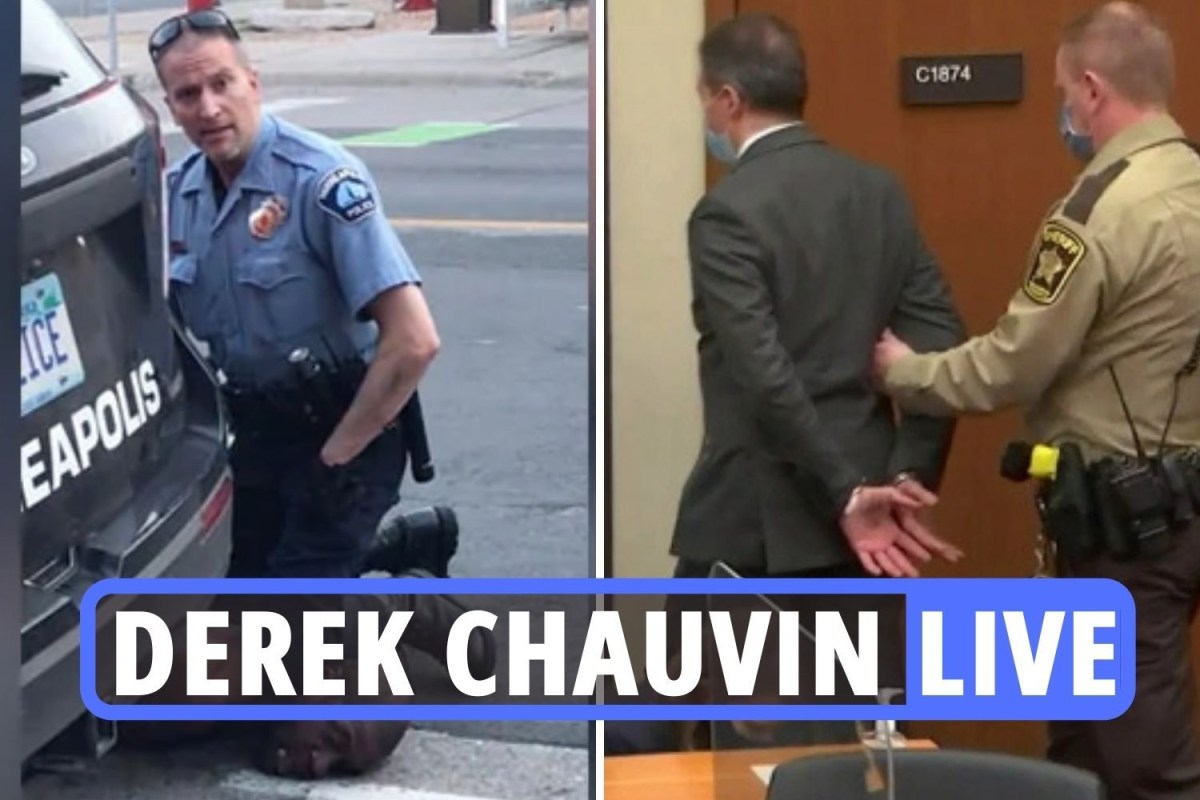 DEREK Chauvin will be placed on suicide watch in a maximum security prison as he awaits sentencing for the murder of George Floyd.

The 45-year-old former cop faces a maximum sentence of 75 years in jail after he was found guilty of the murder of Floyd on all counts on Tuesday following a three-week trial.

After nearly six hours of closing arguments and rebuttal on Monday, the 12 jurors – seven women and five men – were led away to deliberate.

The judge announced the jury’s verdict at just after 4pm local time on Tuesday.

Chauvin’s bail was immediately revoked and he was taken out of the courtroom in cuffs after the verdict was read out.

His face concealed by a face mask and little reaction could be seen from Chauvin but his eyes darted wildly around the room as he was led away.

On Tuesday night, the Minnesota Department of Corrections said Chauvin was taken to a maximum security prison in Oak Park Heights – 25 miles east of Minneapolis.

Oak Park Heights is the state’s only Level Five maximum security prison and it is regarded as one of the safest for high-risk offenders.

No one has ever escaped the prison since it opened in 1982 and only one inmate has been killed.

But Chauvin will be considered a suicide risk and he will be closely monitored for his own safety, Daily Mail reports.

Floyd died last May following an arrest during which Chauvin placed a knee on his neck for 9 minutes and 29 seconds while Floyd pleaded, “I can’t breathe.”

Caught on video, those tragic final moments led to widespread protests and riots across the US against police brutality and racism.