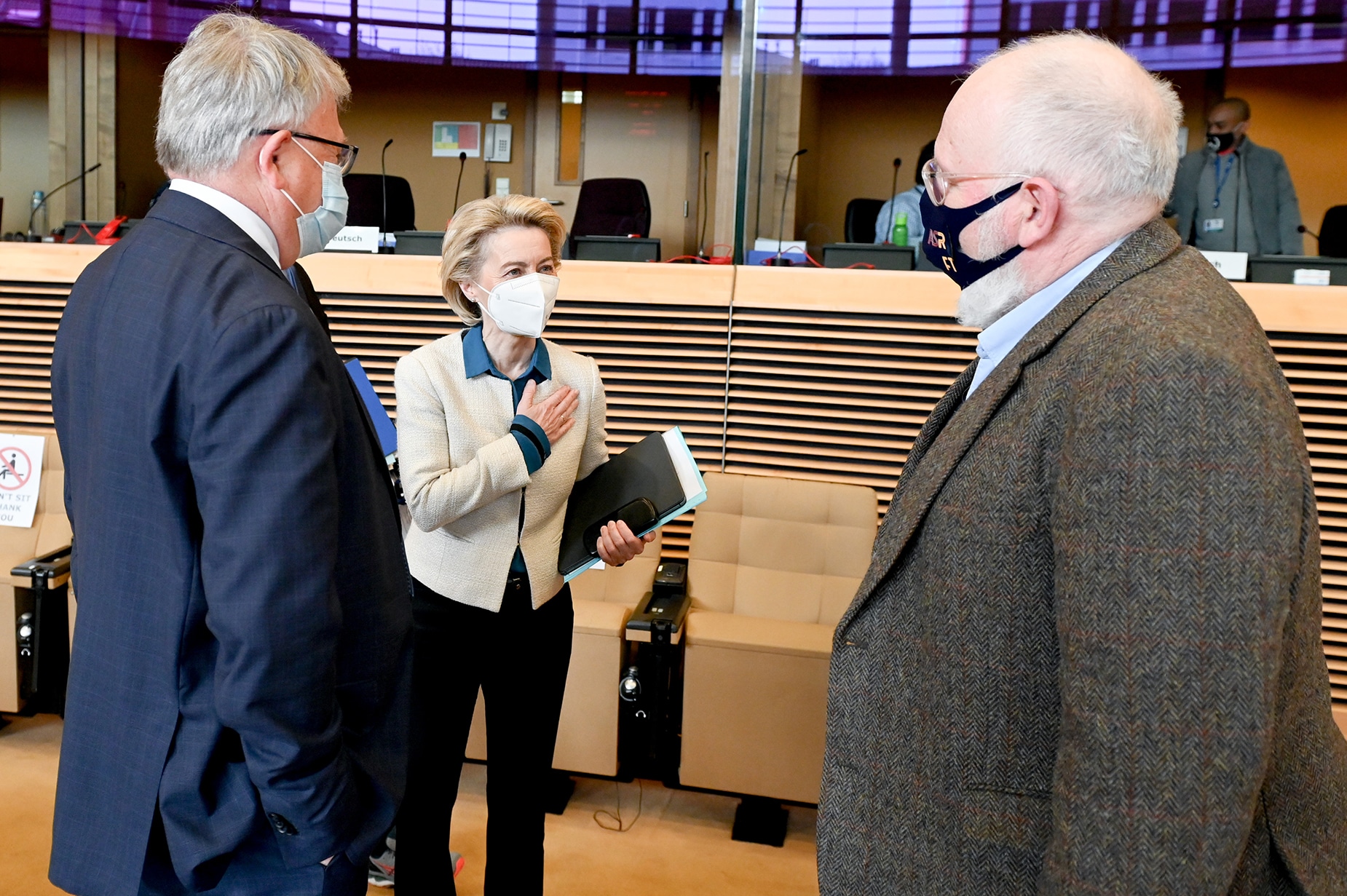 The European Commission praised on April 21 for the interim agreement between the co-legislators on European Climate Law, which demonstrates the EU’s commitment to achieving climate neutrality by year. 2050 and the intermediate goal is to reduce net greenhouse gas emissions by at least 55% by 2030, compared to 1990 levels.

“I am delighted that we have reached an agreement on this core of the European Green Agreement,” said the President of the European Commission. Ursula von der Leyen to speak. “Our political commitment to being the first climate-neutral continent by 2050 is now also a legal commitment. Climate Law sets the EU on a green path for a generation. That is our binding commitment to our children and grandchildren, ”she added.

Executive Vice President of the European Green Agreement Frans Timmermans also called the deal a turning point for the EU. “We have reached an ambitious agreement to make our climate neutral goal legally binding, as a guide to our policies for the next 30 years. The Climate Law will shape the EU’s green recovery and ensure a socially equitable green transition. Today’s agreement also strengthens our global position as a leader in addressing the climate crisis. As world leaders gather on Earth Day, the EU will discuss with this positive news, which we hope will inspire our international partners. This is a good day for people and our planet, ”says Timmermans.

In addition to the climate neutralization goal of 2050, the agreement reached on April 21 strengthens Europe’s climate action framework by introducing an ambitious 2030 climate target of at least 55% reduction. net emissions compared to 1990, with clarity on the contribution of emissions. reduce and eliminate.

The agreement also recognizes the need to increase EU carbon emissions through a more ambitious land use, land use change and forestry (LULUCF) regulation that the Commission will propose. in June 2021.

Furthermore, the agreement to strengthen the European framework on climate action by introducing a process for setting climate goals for 2040, taking into account the greenhouse gas budget for the period 2030-2050 will be approved by the Commission announcement, commitment to negative emissions after 2050, establishment of the European Scientific Advisory Board on Climate Change, which will provide independent scientific advice, stronger climate change adaptation provisions Close alignment of the Union’s policies with climate-neutral goals and a commitment to engage with sectors to prepare sector-specific roadmaps The Commission shows the path to neutrality. on climate in different sectors of the economy.

Meanwhile, the European Commission on April 21 approved a comprehensive and ambitious package of measures to help improve cash flow towards sustainable operations across the EU. By allowing investors to redirect investments towards more sustainable technology and business, these measures will be instrumental in making Europe’s climate neutral by 2050. The This measure will make the EU the global leader in setting standards for sustainable finance, the Commission said.

The EU Climate Classification Authorization Act aims to support sustainable investment by clarifying which economic activities contribute the most to meeting the EU’s environmental goals.

Share
Facebook
Twitter
Pinterest
WhatsApp
Previous articleONLINE HOURS | Read zeit.de with ads or with a PUR subscription. You have a choice.
Next articleMan is stabbed in the face while arguing on the Queens subway – CBS New York