Extremists and their own government – The Diplomat 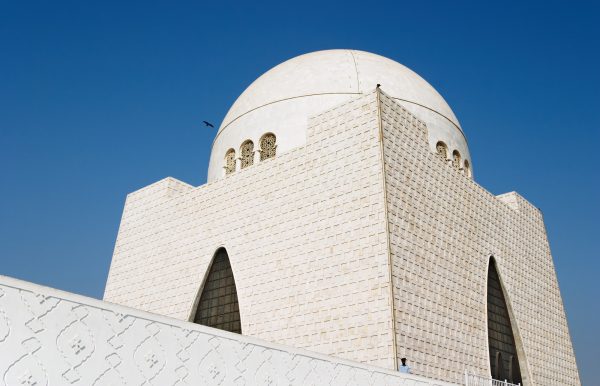 “We are here to tell the founder of this country that we are being persecuted and discriminated against in your country.” It was a message from the families of the missing Shia, who have been holding a visit outside MA Jinnah’s Tomb in Karachi since April 2. A Shia activist informed The Diplomat that plus He tried to seek support from all governments and civilian organizations, and held meetings outside the Presidential Palace, the Governor’s House, and all relevant agencies, but to no avail. The Shia community has found these organizations indifferent or incapable of handling their situation, the activist said. As a result, a group of Shia people reached out to sit outside the country’s founder’s final resting place – more like a public confession of their defenseless and unprotected state than a protest.

In August 2020, Pakistan saw an increase anti-Shia politics. At least six giant anti-Shia protests have been carried out by different Sunni groups in five different cities, including the country’s capital. At least five Shia people have been killed in various, more incidents 40 blasphemy cases Was registered against the Shia, and a place of worship was attacked. The rise in hate speech online is also alarming. From August to September 2020, Minority Rights Group report that a sentimental algorithm recorded an increase in negative tweets about Shias, “reaching millions of social media users together in Pakistan.” Totally 46 percent mentioning Shias on social media checked during that time was negative. The most commonly used word for community is the Urdu word meaning “infidel.”

For the Shia, negative perceptions made them the target not only of extremists but also of the security forces. In May 2018, estimates for the number of Shias who were forced to “disappear” ranged from 140 around 300. In April 2019, the Shia community, led by the Joint Action Committee for the Missing Shia, held a two-week meeting outside the Presidential House in Karachi. As a result, about 17 Shia people were released and 16 had to appear in court, formally charged. Currently, there are 34 recorded cases of Shia disappearance from different parts of the country that have been missing for two years or more, some up to six years.

Missing enforcement practices target specific groups, mainly ethnic minorities such as the Balochs, Sindhis, Pashtuns, Seraikis and Urdu-speaking Muhajirs. Recently, the kidnappings have expanded to include Punjabi dissidents. The state considers their legitimate political demands “a threat to national security” and uses illegal and illegal tactics to silence them. However, with the addition of Shias to the list of the missing, it seems the state has expanded its reach and is now targeting religious minorities, starting with Shias.

For unknown reasons and for what reason, Shias “disappeared”. The kidnappers – probably the security agencies – said the missing people were involved in the Syrian civil war and sectarian violence in the country. According to an unofficial and unverified estimate, between 700 and 5,000 Pakistani Shias from Karachi, Parachinar and Gilgit-Baltistan, recruited by Iran, went to Syria to fight against the Islamic State. Security agencies are concerned that the Shias returning from Syria pose a threat to Pakistan’s stability.

For this reason, security services arrested Shias returning from Syria. Police and paramilitary forces often raid homes and tell families that their loved ones will be brought back after the investigation is complete. But residents are moved to undisclosed locations, with no information available to their families. Family members are left to search local police stations, hospitals and even morgues for some information about their loved ones.

More interestingly, some of the people who “disappeared” have never been to Syria, Iraq or Iran. The reason for their kidnapping remains a mystery to families. For example, Shamim Haider, a resident of Karachi who was once a perforation repairman due to poverty, has been missing for the past six years, his family claiming he has been detained by security forces. . He has never been to Syria. Both Azhar Hussain and Ebad-ul-Hassan, are residents of Karachi, who was arrested by law enforcement in 2017. Similarly, Ali Mehdi, also from Karachi, has been missing for the past two years. . Mehdi, who played for the grassroots national hockey team, has never been to Syria and has no criminal record.

Let us make a little assumption that the security agencies have undeniable evidence of all captured Shias engaged in criminal and terrorist activities. Even if that’s the case, why would they resort to coercive processing? Why are the missing Shias still not officially charged, and their cases handed over to the police and the courts? Although families have reservations about trials – some have previously been presented to court after years of being involved in crimes that have occurred while the defendant is left in security custody. allowed. Despite the bogus risk of being charged, families demand that their loved ones be formally taken to court or released.

The surge in illegal arrests is a disturbing sign that a part of the state still sees the Shias as a security threat – a suspicion that emerged after the 1979 Iran Revolution. The recent kidnappings make the Shias a community of double persecution, while also facing genocidal violence from state-backed religious warriors and harassment and intimidation. government. The Shia people have been questioning the state’s neutrality towards anti-Shia clothing banned from free roaming. The ongoing issue of enforced disappearances reaffirms the existence of anti-Shia paranoia among some members of the state, who seem irresponsible and unable to bear any any authorities.