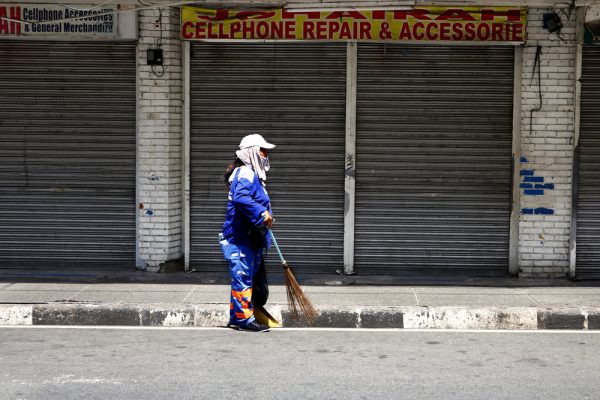 The incident is the latest in a long list of human rights abuses allegedly participating in one of the world’s most stringent coronavirus containment waves.

A street cleaner cleaning in front of businesses closed during the COVID-19 lockout in the city of Antipolo, Philippines, May 7, 2020.

A man in the Philippines died after he was forced to perform 300 squats as punishment for violating COVID-19 curfew, according to his family.

The man’s death is the latest in a long list of alleged quarantine breaches detained, which began with strict home bans in spring 2020 and is now continues to take place in this country more rigorous locking measures in an attempt to prevent the recent proliferation of coronavirus cases.

Darren Manaog Peñaredondo, 28, was arrested on April 1 by village guards when he found him on the street buying drinking water at 6 p.m., accused of violating a nightly curfew in the city of General Trias , Cavite.

His partner, Reichelyn Balce, told Rappler Peñaredondo and another person accused of quarantine violations were then taken to a plaza where “they were asked to do 100 pump exercises.”

“The performers also say that if they don’t sync, they repeat it,” said Balce, accusing the couple eventually being forced to do 300 rounds of squat-like exercise.

When Peñaredondo got home at around 8 o’clock the next morning, “obviously he was in pain,” she said. He then complained to Balce about the exercise, saying that he struggled to complete repetitions and fell “a few times”.

On April 2, after struggling to move on his own all day, he started having seizures. His heart stopped beating and, while he was revived, he died shortly after around 10 p.m.

The Chief of Police General Trias, Lieutenant Colonel Marlo Nillo Solero, denied the Peñaredondo family’s accusations that his officers preached to those who violated isolation rather than forcing them to exercise.

The mayor of the city, Antonio Ferrer, said on April 5 he notified the sheriff to investigate the incident.

The Philippines on Monday extended its ongoing coronavirus containment wave for another week due to the ongoing surge that overwhelmed hospitals in the metropolitan Metro Manila and neighboring areas like Cavite.

The country’s lockdowns, strictly enforced by the armed police and military officers, have resulted in tens of thousands of arrests and lead to confusion over regulations, such as whether porridge is considered a good “essential” food.

Allegations of quarantine violators were also harassed, physically abused and, in some cases, murdered.

Last spring, Human Rights Watch reported that some of the arrested people had been arrested forced to sit in a dog cage under my son in the hot midday. A man in Mindanao was also killed at a coronavirus checkpoint after allegedly intimidating officials with a scythe.

Winston Ragos, a retired military officer who is believed to have suffered from schizophrenia and trauma, was shot to death Last April last year by the Quezon city police for allegedly violating quarantine rules.

Other Asian countries have also turned tough against those who violate coronavirus restrictions. In Vietnam, flight attendant Duong Tan Hao received a two-year suspended prison sentence after a court found out that he had violated the quarantine rules and spread COVID-19 to others.