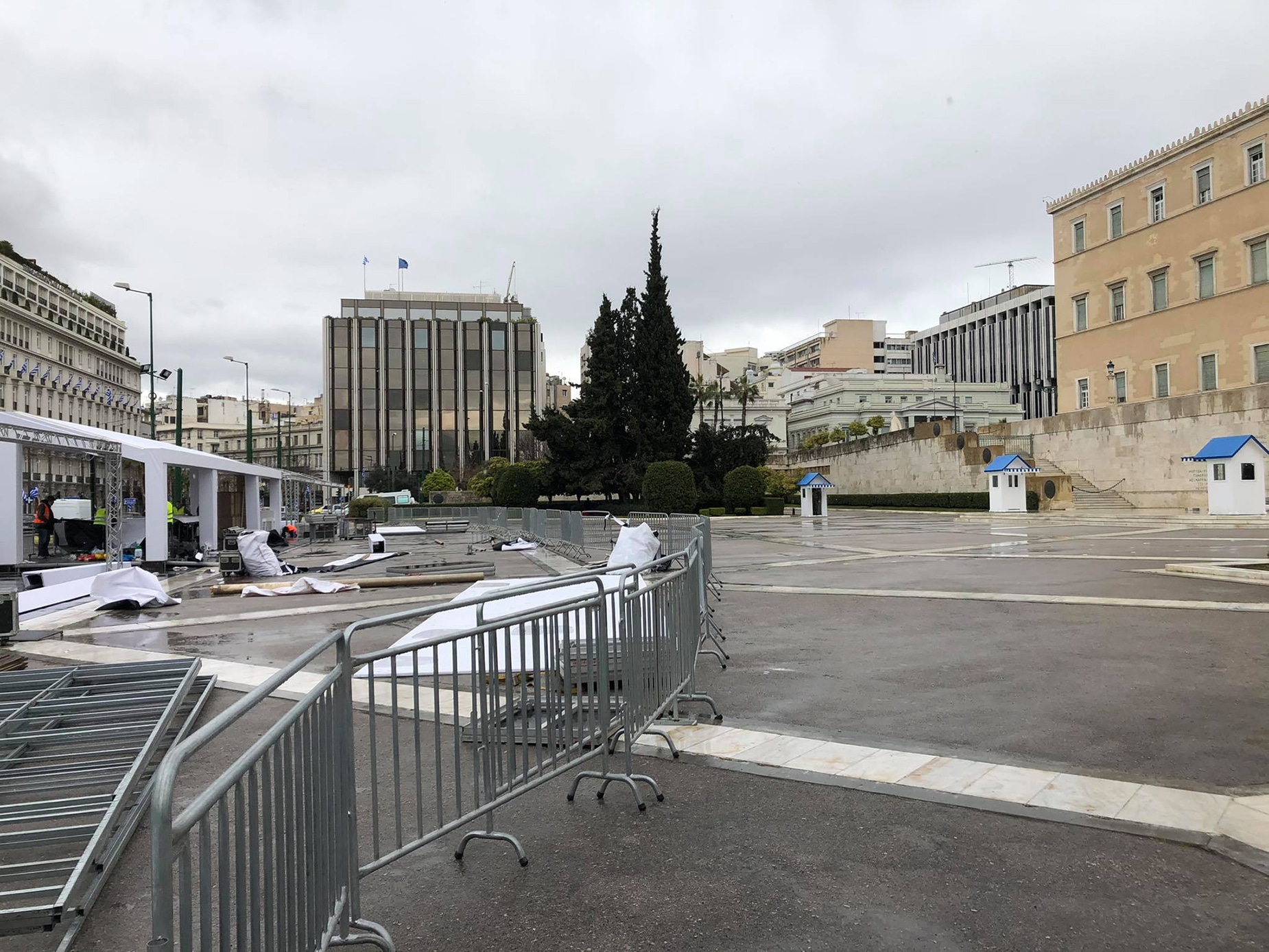 ATHENS – Prime Minister of Russia Mikhail Mishustin will visit Athens on 24 March to discuss bilateral relations with the Greek Prime Minister Kyriakos Mitsotakisa conversation expected to cover topics from culture, economy and energy and Russian participation in the 200th anniversary of Greece’s revolution against Ottoman Turks and the country’s Independence Day, celebrated on March 25.

After the Kremlin announced that the President of Russia Vladimir Putin having no plans to visit Athens, Greece extended the invitation to Mishustin.

“When it comes to Greek-Turkish relations, and the influence of the Russian factor, I think the main reason Mishustin will visit Greece is to demonstrate symbolically that Russia is a factor in the background. Greek independence and improved Russia’s image in Greece after being tarnished by the Prespes Agreement (2018) (which settled a long-standing dispute over the name of North Macedonia), ” Constantinos Filis, Director of research at the Institute of International Relations, told New Europe in a phone interview on March 22, referring to Moscow’s attempt to interfere in Greece’s domestic affairs, after the settlement. agreement was reached between Greece and the Republic of Macedonia, under the auspices of the United Nations. .

“Russia, and its inability to influence development related to the Greek economy, as expected in 2010 and 2015 and in particular (because) of close, close relationship. and very friendly, strategic, with Turkey, of course, matters of concern. And I suspect that Mishustin first wanted to prove that Russia was an important part of the Greek War of Independence in 1821 and second, he wanted to improve Russia’s image in Greece, especially in relation to Russia. with regard to strategic relations with Turkey. , ”Said Filis.

“Russia and the Greek community in the former Russian Empire played a key role in the revolution. Imagine what perceptions would have been if Greece didn’t extend the invitation to the Russian Prime Minister instead of Putin because our relations are not at their best right now. They are probably on a very low level. So it makes sense to invite Russia to attend the celebration of the Greek revolution in 1821, ”says Filis.

“However, after (Battle of 1827) Navarino (where a combined naval force from England, France and Russia defeated the Turks and helped secure Greek independence), it was not easy to find. see cases in our modern history where Russia is an active country. contributor to our benefit.

Consider, for example, the Treaty of San Stefano of 1878, which actually gave birth to inequality in Bulgaria and, in many other cases, the cooperation between Ripeness (Ataturk) and (Vladimir) Lenin. In a lot of cases, our Russian friends weren’t very friendly with Greece, but it was politics. For me, who has had a PhD in Russia, what interests me is that it takes decades for ordinary Greeks to realize that Russia is no more friendly to Greece than any other country. for our common Orthodox relationship. It is a state that has its own interests and serves its own interests. Russians don’t support Greek simply because we are all Orthodox, ”Filis told New Europe.

Russia has blamed Constantinople Patriarch Bartholomew for the loss of Hagia Sophia (in Istanbul): “The famous remarks by (Kremlin spokesperson Dmitri) Peskov People have said that now it’s easier for Russians to visit Hagia Sofia for free, I mean they won’t have to pay the ticket. This shows how pragmatic and skeptical Russia’s foreign policy has been over the years even as Russia has used Russian Orthodox or the Patriarchate as a means of realizing its counter-policy goals. My grandmother, ”Filis said.

Peskov said in a radio interview that Turkey’s decision to switch back to the 6th century Hagia Sophia, is recognized by UNESCO as a World Heritage Site and has been a museum since five. 1934, becoming a mosque would not damage relations between Moscow and he understood that the move was ‘internal’.

“There are quite expensive tickets to the Hagia Sophia, but now there are no tickets, admission is free. In this regard, our tourists will win, ”Peskov was quoted as saying, provoking a backlash from the Greek government.

Filis said Greece needs to find a balance in its relations with Russia. “Of course, relations will not be restored, simply because the prime minister has been invited to our parade. But that’s a sign from our side that we want to find some denominator in common with Russia and if you look at it from the bigger picture, Greece should have done it because Russia is a great power. In the Eastern Mediterranean cannot be ignored, ”added Filis,“ that does not mean that we will change our strategic direction or move to Russia or the East as Turkey does. But in finding balance with Russia and finding balance in the Greek-Turkish relationship and Russia’s role is something that Greece should seek to achieve ”.