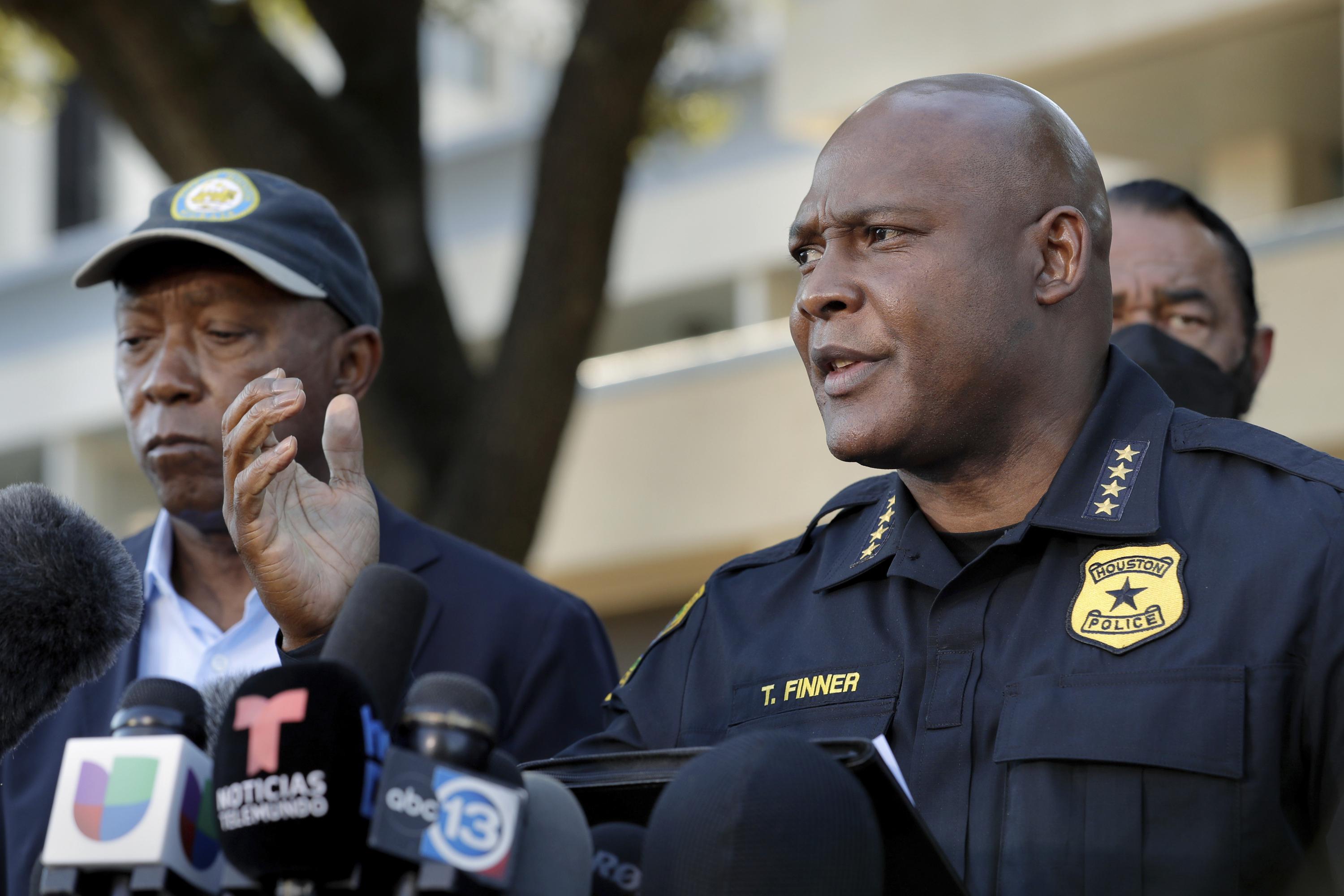 HOUSTON (AP) — The Houston police and fire departments were deeply involved in safety measures for the music festival where a surging crowd killed eight people, playing key roles in crowd control measures, on-site security staffing and the emergency response. The police chief even met with the headlining performer before the show.

Now the city’s police department is leading the criminal investigation into how the deadly chaos erupted during Friday night’s performance by rapper Travis Scott.

While a prominent local official is calling for a separate, independent review of the tragedy, experts in crowd safety say an investigation by neutral outsiders could help the city avoid potential conflicts of interest and promote transparency.

Houston police officials did not return calls seeking comment on questions about whether its close involvement in the event created a conflict or if it considered handing the probe off to an outside agency. Such decisions are often made in investigations like police shootings.

The police department’s probe would be separate from any independent investigation ordered by County Judge Lina Hidalgo, Harris County’s top elected official, according to Rafael Maitre, a spokesman for the judge’s office. Hidalgo hasn’t decided who would conduct such an independent review or how it would be done, Maitre said Monday.

“She wants to know if this could have been prevented in any way,” Maitre said. “It’s also entirely possible that it was not preventable for whatever reason, and that’s something we would like to know, as well.”

Key questions remained unanswered after the Astroworld festival at county-owned NRG Park. Some of the lingering questions involve what the Houston police and fire departments did before, during and after a crowd surged toward the stage, killing eight people and injuring dozens of others. Others center on the actions of event organizers.

Officials with the Houston police and fire departments have said that part of their investigation will include reviewing whether the concert promoter and others behind the festival adhered to the plans that were submitted for the event.

More on the music festival deaths

Astroworld’s organizers laid out security and emergency medical response protocols for the festival in plans filed with Harris County. The 56-page operations plan, obtained by The Associated Press, says that a decision to evacuate the event would be made by the festival director after consultation with other individuals, including the security director. Such plans were filed with Harris County and Houston and have to be reviewed by Houston police officials.

Houston Fire Chief Samuel Peña had said during a news conference on Saturday that the injuries and size of the crowd “quickly overwhelmed” the private companies providing security and medical services. Peña said even though the medical operations plan did not require that the fire department have units pre-positioned around the festival, his agency decided to have those units in place “in case this incident escalated.”

Houston Police Chief Troy Finner said in a statement on Monday that he had a “brief and respectful” meeting with Scott and the rapper’s head of security on Friday before his performance. The chief said he asked them to work with the police department.

“I expressed my concerns regarding public safety and that in my 31 years in law enforcement experience I have never seen a time with more challenges facing citizens of all ages, to include a global pandemic and social tension throughout the nation,” Finner said.

G. Keith Still, a visiting professor of crowd science at the United Kingdom’s University of Suffolk, said his independent investigations of similar tragedies typically begin with an evaluation of an event’s safety permitting process. He evaluates how a permit was issued and whether the event organizer adhered to permit conditions.

“Police can sometimes get too caught up in trying to take eyewitness accounts,” he said. “With 50,000 potential eyewitnesses, by the time they get done through with all of that, they’re left with a huge, confused mass.”

Houston police and fire officials said their investigation will include reviewing video taken by concert promoter Live Nation, as well as dozens of clips from people at the show. Officials also planned to review the event’s security plan and determine whether its organizers properly followed permit requirements.

Steven Adelman, vice president of the industry group Event Safety Alliance, said in an email that he sees no issue with public safety authorities authorizing an independent investigation of the Houston tragedy.

“I would hope and assume the investigation will be conducted by an outside person who is not subject to influence by the agencies that were involved with Astroworld. This is not an uncommon scenario in complex situations like this one,” wrote Adelman, whose organization was formed after the collapse of a stage killed seven people at the Indiana State Fair in 2011.

“A good example of what I hope we see here,” Adelman said of Houston.

Finner has defended how long it took for the concert to be called off after the first signs of trouble. The police chief said his department immediately notified concert organizers after noticing that attendees were “going down.” The event was called off 40 minutes later after discussions that included the fire department and NRG Park officials.

Peña said city officials limited the attendance to 50,000 even though the venue could have held 200,000 based on fire codes.

“It was the crowd control at the point of the stage that was the issue, especially as the crowd began to surge toward the stage,” Peña said.

Live Nation said in a statement that it is cooperating with local authorities “so that both the fans who attended and their families can get the answers they want and deserve, and we will address all legal matters at the appropriate time.”

Hidalgo tweeted on Saturday that she was “calling for an objective and independent investigation into what happened.” She also said her office was grateful for the work done by the police and fire departments.

“It may well be that this tragedy is the result of unpredictable events, of circumstances coming together that couldn’t possibly have been avoided,” Hidalgo said. “But until we determine that, I will ask the tough questions.”

Hidalgo’s office isn’t a law-enforcement agency and doesn’t have authority over criminal investigations.