How to pay for healthcare costs in retirement 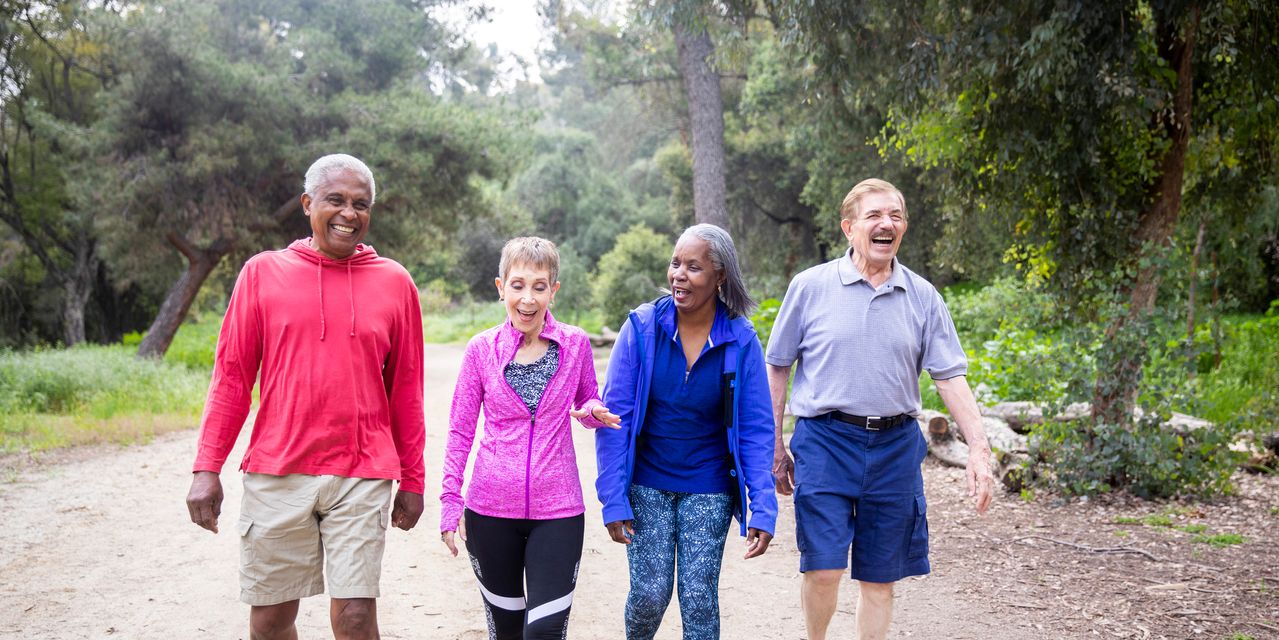 As retirement risks go, it’s one of the more impossible to manage and mitigate.

For years now, firms in the financial services industry, as well as researchers, have been scaring preretirees into thinking they need an ungodly amount of money set aside at age 65 to pay for years of healthcare costs in retirement.

Fidelity Investments, for instance, estimated that the average 65-year-old couple would need $295,000 in 2020 dollars for medical expenses in retirement, excluding long-term care.

And the Employee Benefit Research Institute estimated a couple retiring in 2020 with drug expenses at the 90th percentile throughout retirement who wants a 90% chance of having enough money for healthcare expenses in retirement by age 65 should earmark $325,000.

It’s true that healthcare is not an easy risk for which to plan.

“Healthcare is perhaps one of the hardest risks to plan for in retirement,” said David Blanchett, head of retirement research for Morningstar’s Investment Management.

But lately, researchers are pushing back on the notion that you’ll need what in effect is more than what the average 65-year-old has socked away for all their retirement expenses. (For the record, the median retirement savings of Americans in their 60s was $172,000 according to a Transamerica Center for Retirement Studies survey, and the median net worth — assets minus liabilities — for people ages 65-74 was $266,400, according to the Survey of Consumer Finances.)

In short, experts say preretirees need to think about healthcare costs as an annual expense that’s broken down into easy-to-predict premiums and less easy-to-predict out-of-pocket expenses, and then revisit the odds, the real odds, of having late-in-life shocks and long-term care expenses.

“I think there is a lot of focus on the big, scary numbers without a good understanding of who or how many retirees are likely to spend such large sums,” said Sudipto Banerjee, vice president of retirement thought leadership at T. Rowe Price. “A few retirees spend a lot on healthcare for sure, but most don’t. Focusing only on the large numbers creates a distorted picture of healthcare costs and creates fear among retirees. I think part of this fear is manifested in underspending in retirement.”

Also, while there is a lot of discussion about healthcare costs, there is relatively less discussion on how to plan for them, he said. “Most planning discussions focus on long-term-care insurance, and understandably so. But the choice of different types of Medicare plans — traditional, Medicare Advantage, Medigap etc. — and drug plans — Part D — might also have a large impact as well.”

According to Banerjee, viewing retirement healthcare costs as an annual expense, instead of as a lump sum, makes it easier for retirees to plan for and pay for them.

Lump-sum estimates are not useful for planning because healthcare costs are not incurred as lump-sums.

“Even if a 65-year-old couple knows with certainty they will need $400,000 for healthcare costs, they don’t know how much of that is needed when they are 65, 75 or 85,” Banerjee said. “This makes planning difficult.”

So how much should you expect to pay for healthcare expenses each year?

Well, the estimates from different sources vary, but only slightly.

According to a paper published in the Retirement Management Journal (an academic journal at which I serve as editor), the average annual healthcare expenses for all retirees ages 65-94, excluding long-term costs, are roughly $4,500, or 15% of total spending.

Vanguard predicted the annual healthcare expense of a 65-year-old woman in 2018 was $5,200. Read Planning for healthcare costs in retirement.

And Fidelity says the average 65-year-old couple will spend around $11,400 on healthcare in the first year of retirement.

So, there you have it: the average person will spend around $5,700 in today’s a year for premiums and out-of-pocket expenses.

Breaking down healthcare costs into categories: premiums and out-of-pocket (OOP) costs, deductibles, copayments, coinsurance, services not covered through insurance; can also reduce the anxiety often caused by looking at the lump-sum amounts required to pay for healthcare costs in retirement.

According to the Retirement Management Journal paper, costs can be broken down into premiums that account for 64% of total healthcare spending across all retirees and “likely will be known in advance with a relatively high degree of certainty” while out-of-pocket costs — which account for 36% of total healthcare spending — are truly variable and more difficult to predict.

Most healthcare costs can be planned for through proper planning

Banerjee’s research provides a slightly different but similar assessment. “Health insurance premiums account for roughly 75%-80% of annual healthcare expenses,” he noted. “And these can be budgeted and planned for like any other recurring household expenditure item. This means most healthcare costs can be planned through proper retirement income planning.”

What does that mean? Premiums, similar to other monthly expenses, like a cable or utility bill, are often paid from monthly income. On the other hand, out-of-pocket expenses are much more likely to be funded from savings.

Others agree. Basic healthcare expenses, the authors of the Retirement Management Journal paper wrote, “can be budgeted and planned for effectively because the variability of spending is manageable, particularly for retirees with supplementary coverages.”

For many, that budgeting would include saving for healthcare costs in retirement using a health savings account (HSA) and, in the absence of an HSA, earmarking a portion of one’s savings for healthcare. If it helps, allocate 5% to 15% of your savings for future healthcare expenses.

Another way to plan for healthcare expenses: Employees, instead of retiring from a job with health benefits employees may choose to keep working, at least part-time, in a job that will allow them to remain covered, according to this Society of Actuaries report, Managing Post-Retirement Risks: Strategies for a Secure Retirement.

Healthy habits — eating well, exercising and the like — can also go a long way toward making basic healthcare costs in retirement manageable.

Preretirees also need to think about other resources to possibly pay for healthcare expenses in retirement, including a reverse mortgage and the cash value in their life insurance policy.

Others also agree that purchasing a Medigap policy can keep those out-of-pocket costs manageable. For instance, the Employee Benefit Research Institute (EBRI) estimates savings for healthcare expenses in retirement by “assuming that everyone has the best possible insurance on top of Medicare, which takes away the uncertainty as much as possible that is due to variations in use of healthcare due to health status and other unforeseen circumstances,” said Paul Fronstin, a director at EBRI.

Researchers seemingly agree on how to plan and pay for premiums and OOP costs in retirement. They agree less, however, when it comes to planning and paying for shocks and late-in-life expenses, including long-term care.

In other words, buy an annuity to manage the risk of longevity and long-term-care insurance for long-term care expenses.

While most healthcare costs can be planned for through proper retirement income planning, there’s an open question about planning for and paying healthcare shocks and non-diversifiable risks.

But the likelihood that healthcare costs in the final two years of someone’s life will inevitably deplete their finances in retirement is low, according to Banerjee. And among non-Medicaid recipient retirees, nearly half have no nursing home expenses during their final two years of life.

Read The Truth About Health Care Expenses Late in Life.

Still, tail risk is still a risk. And “rather than self-insuring these risks through budgeting and setting aside potentially hundreds of thousands of dollars to cover unexpected costs, it is more efficient to pool these risks with other retirees through the purchase of insurance,” the authors of the Retirement Management Journal.

In other words, consider purchasing an annuity to manage the risk of longevity and long-term-care insurance for long-term care costs.

“Long-term care costs are the long pole in the tent and the most variable, said Chris Heye, founder of Whealthcare Planning. His recommendation is that most people should prepare for at least three years of long-term care costs and assume the last year or two of life will require something close to 24/7 care. Read Cost of Long Term Care by State | Cost of Care Report to get a sense of potential long-term care costs.

Some experts, meanwhile, urge caution when it comes to using insurance for non-diversifiable risks. “We need to be more careful in prescribing the solutions for long-term care and longevity risks,” Banerjee said.

For long-term care, he said several factors like level of assets, ability to keep up with long-term-care insurance premiums, long-term financial health of the insurer, possible caregiver and living arrangements all are likely to be important factors.

For his part, Blanchett says long-term-care insurance is definitely worth considering. “But a lot of folks that want it, and have a higher expectation of long-term care expenses, aren’t going to be able to get it, and if they can, it’s going to be really expensive.”

Others agree. “Long-term-care insurance is terribly difficult insurance to evaluate and buy,” said Steven Podnos, a certified financial planner with Wealth Care. “Most of my clients have decided to self insure (me as well) if they have a spouse who could help with care.”

Aside from long-term-care insurance, Blanchett said “home equity could be the asset of last resort in the event of major healthcare expenses, but this isn’t necessarily a great option if there is a surviving spouse.”

And for a large number of retiree households, a significant portion of their retirement assets are already annuitized through Social Security. “So, any additional annuity purchase decision needs to be carefully weighed against the retirees’ liquidity needs,” said Banerjee.

Using an annuity could also work for those who are healthy.