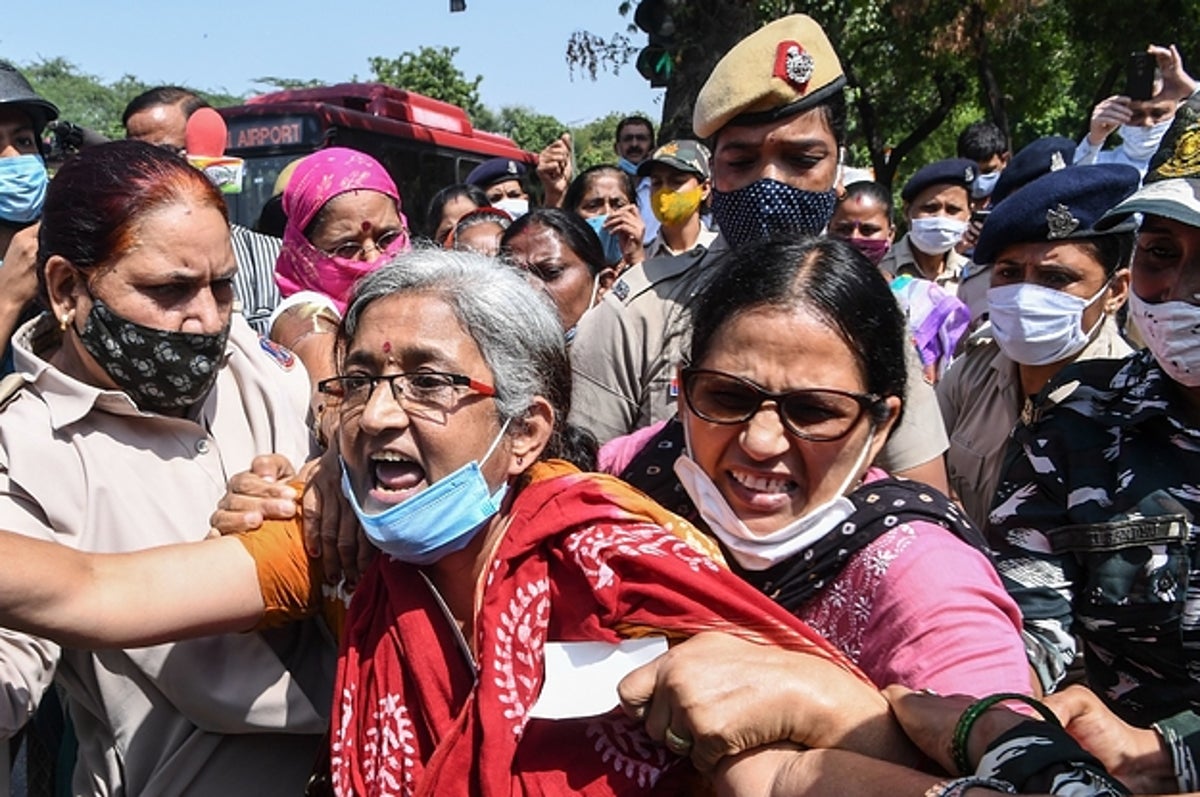 The family of a 19-year-old woman in India accused the police of forcefully cremating her body after she died from rape injuries.

The victim is believed to have been raped by four men in Uttar Pradesh, a state in North India, on September 14. She died two weeks later in a hospital in New Delhi. She is the Dalit, a still marginalized class in India called “inaccessible” by history.

Painful details about the woman’s wound have been widely reported in Indian Newspapers, as well as above social media, attracting new attention spillover force of the country rape culture, especially against Dalit women.

Before she died, this woman identified four men in the village as her rapist. All four men are believed to have been arrested on September 27.

Early morning of September 30, the woman’s body was brought back to the village from New Delhi. Her family alleges that the police officers refused to hand her body over for final rites, instead they forcibly – and hastily – cremated her in the middle of the night.

The woman’s brother was interviewed Indian Express at 3:30 am on Wednesday morning. “Looks like my sister was cremated; The police didn’t tell us anything, “the brother told Express.” We begged them to let us take her body into the house one last time, but they didn’t listen to us. “

Video taken from the crematorium, which went viral on Twitter, showed a solitary crematorium in the dark with no family members present, while police officers pushed reporters from the scene. school.

Police officers from Hathras City did not answer calls from BuzzFeed News. In one tweet On Wednesday, the ministry said members of the woman’s family were present at the cremation site.

The horrifying incident angered Indians, as activists and students gathered to protest police actions in New Delhi and Uttar Pradesh, and leaders of the opposition party demanded the player. General Uttar Pradesh resigned. Prime Minister Narendra Modi has asked the state to ensure that “the most severe action” is taken against the woman raping the woman.