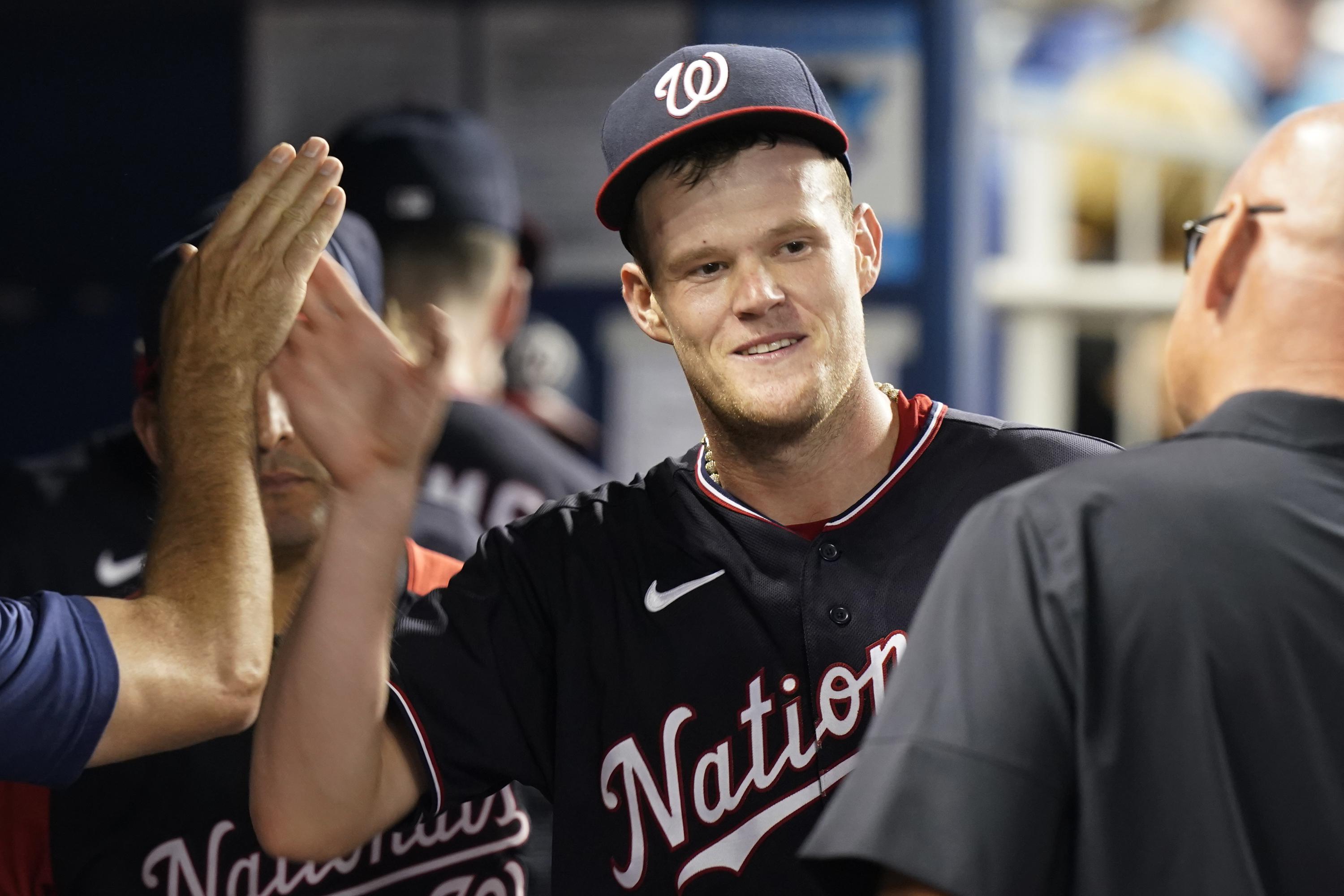 Rogers (2-0) scattered five hits, struck out four and walked two in his longest outing since joining the club Sept. 4.

Juan Soto and rookie Keibert Ruiz had two hits and an RBI each for the Nationals (62-89), who closed within two games of Miami (64-87) for fourth in the NL East. Ruiz, acquired from the Los Angeles Dodgers for Max Scherzer and Trea Turner on July 30, is 12 for 26 with nine RBIs in his last nine games.

Ruiz’s hit off Miami Trevor Rogers (7-8) scored Alcides Escobar from second and tied it at 1. Escobar collided with catcher Nick Fortes, who moved up the line to catch left-fielder Lewis Brinson’s throw. Escobar reached home but remained on the ground for a minute, shaking off the collision’s impact.

Washington padded its lead on Escobar’s two-run double and Soto’s RBI double against Taylor Williams in the ninth.

Rogers allowed four runs — one earned — and four hits in 5 1/3 innings, struck out a career-high 10 and walked two. Miami’s NL All-Star representative is 0-5 in 11 starts since beating Colorado on June 10.

Fortes homered on an 0-2 slider for a 1-0 lead in the fifth, his second homer since he was brought up from Triple-A last Friday.

Miami’s Lewis Brinson was credited with a single and RBI in the seventh inning of Monday’s game. The original ruling had Brinson reaching on shortstop Alcides Escobar’s fielding error that scored Bryan De La Cruz from second base.

Nationals: 3B Carter Kieboom (sore left thumb) didn’t play. He felt sore after sliding into a base Monday.

Marlins: Rojas (bruised left knee) returned to the lineup after pinch hitting on Monday and went 2 for 3 with a walk.

Nationals: RHP Josiah Gray (0-2, 6.24) is to start the series and season finale between both teams Wednesday.

Marlins: RHP Elieser Hernández (1-2, 3.59) will seek his second victory against the team he got his win against on Aug. 26.