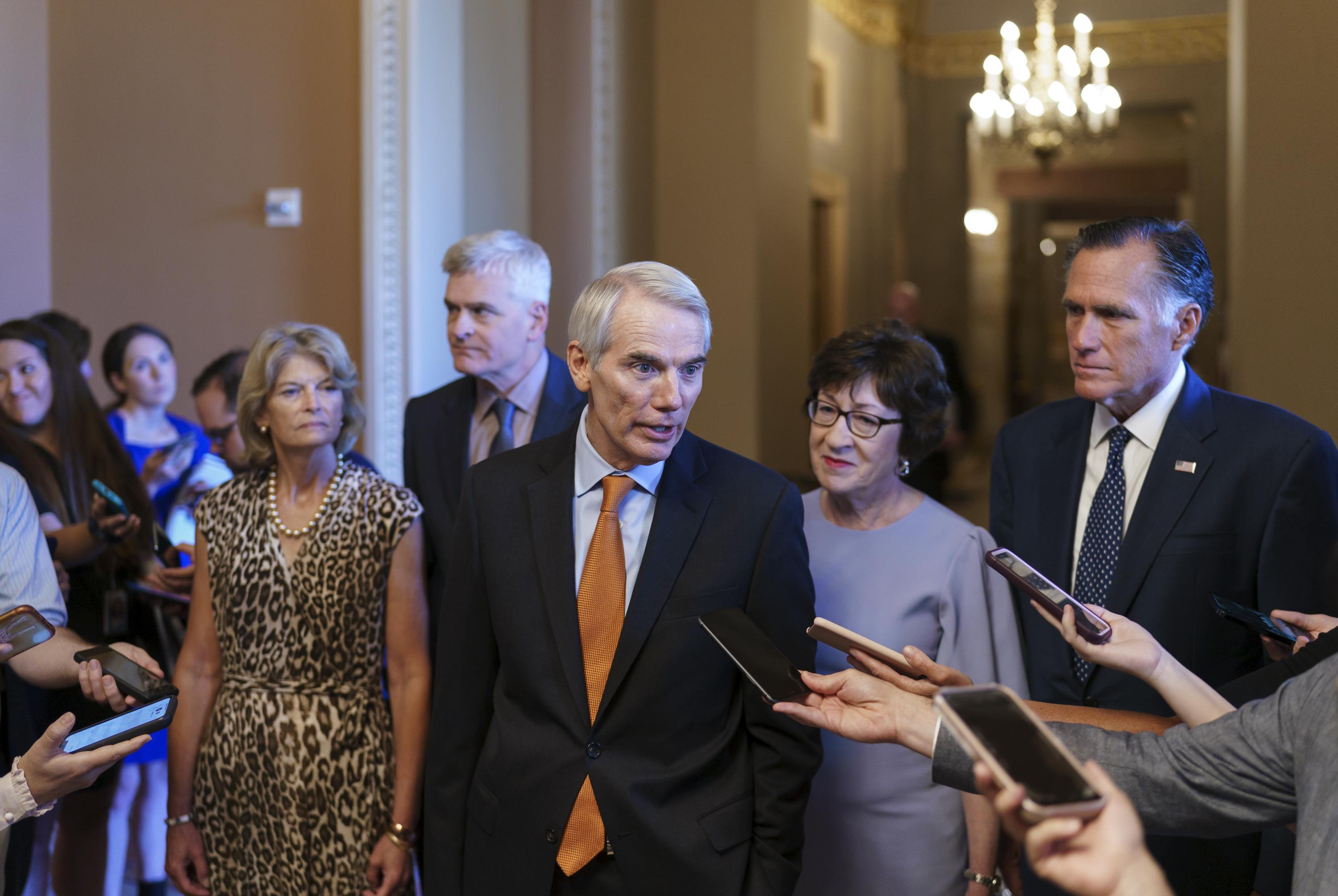 WASHINGTON (AP) — A bipartisan group of senators reached agreement on the details of a $1 trillion infrastructure plan that would increase federal pending by about $550 billion over five years and fulfill a key part of President Joe Biden’s agenda.

The White House is projecting that the investments will add, on average, about 2 million jobs per year over the coming decade. A 57-page Republican summary of the agreement obtained by The Associated Press also outlines how the lawmakers hope to pay for the additional spending.

Here’s a breakdown of where the dollars would go, according to a summary released by the White House on Wednesday.

— $110 billion for roads and bridges. The $40 billion for bridges is the single largest dedicated bridge investment since the construction of the Interstate highway system

— $39 billion for public transit. The money would be used to modernize bus and subway fleets and bring new service to communities. That’s about $10 billion less than senators negotiating the agreement had originally designated.

— $66 billion for passenger and freight rail. The money would be used to reduce Amtrak’s maintenance backlog, improve Amtrak’s 457-mile-long Northeast Corridor as well as other routes and make safety improvements to rail grade crossings.

— $5 billion for the purchase of electric school buses and hybrids, reducing reliance on school buses that run on diesel fuel.

— $17 billion for ports and $25 billion for airports to reduce congestion and address maintenance backlogs.

— $55 billion for water and wastewater infrastructure, including funding to replace all of the nation’s service lines using lead pipe.

— $65 billion to expand broadband access, a particular problem for rural areas and tribal communities. Most of the money would be made available through grants to states.

— $73 billion for modernizing the nation’s electric grid and expanding the use of renewable energy.

And here’s a breakdown of pay-fors in a Republican summary of the plan:

— Tapping about $205 billion in unspent COVID-19 relief aid. Congress has provided about $4.7 trillion in emergency assistance in response to the pandemic.

— Drawing on about $49 billion by further delaying a Medicare rule giving beneficiaries rebates that now go to insurers and middlemen called pharmacy benefit managers. The trade association for drug manufacturers argued that the rule would help reduce patients’ out-of-pocket costs, but the Congressional Budget Office had projected that it would increase taxpayer costs by $177 billion over 10 years.

— Raising an estimated $87 billion in spectrum auctions for 5G services.

— Restarting a tax on chemical manufacturers that had expired in 1995, raising about $13 billion. The money had been used to help fund the cleanup of Superfund sites. Also, selling oil from the Strategic Petroleum Reserve would add about $6 billion.

— Strengthening tax enforcement when it comes to crypto currencies, raising about $28 billion.

— Relying on projected economic growth from the investments to bring in about $56 billion.