Khat in Djibouti: The drug trade is firmly in the hands of women in this African country 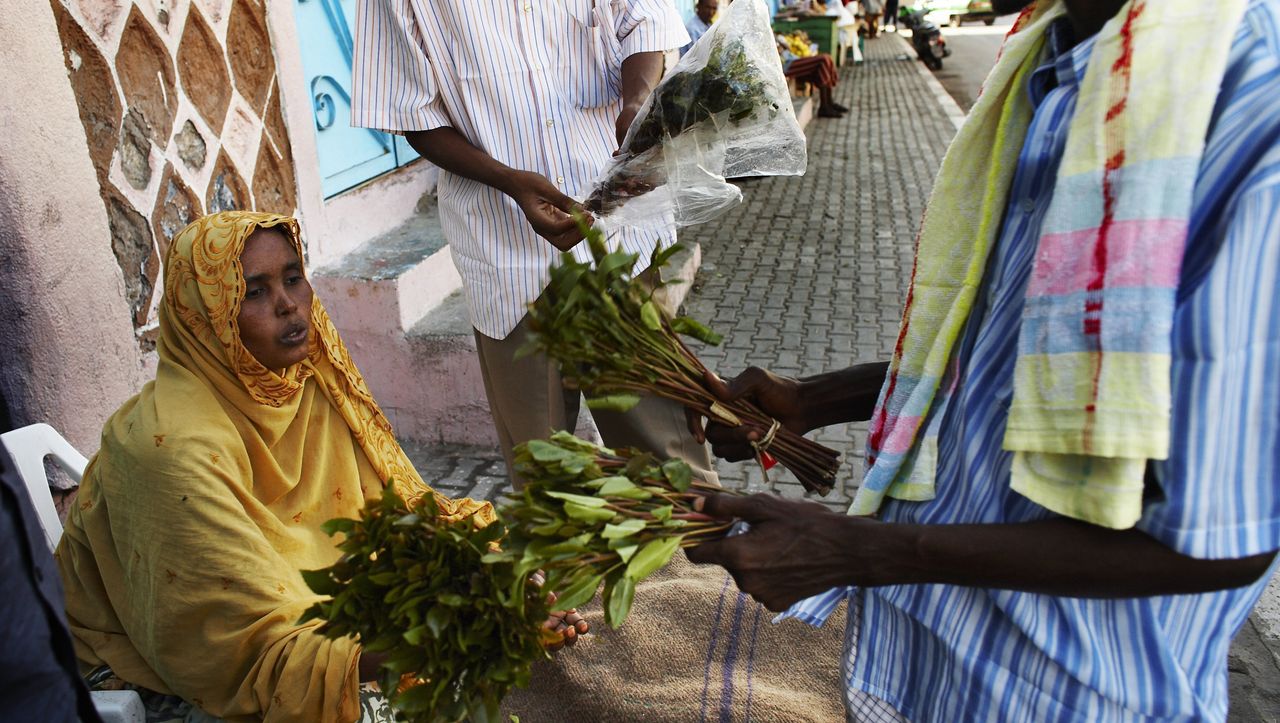 
For our Global Society project, reporters around the world will write about social issues, sustainability and development in Asia, Africa, Latin America and Europe. This series will include features, analytics, photo essays, videos and podcasts looking behind the curtain of globalization. The project is funded by the Bill & Melinda Gates Foundation.


Immediately after the midday prayer, an anxious tension descended on the city of Djibouti. Nam worriedly checked his cell phone and called an acquaintance. Anything new? Where is the truck?

Then news emerged: The khat had just crossed the border from Ethiopia – and the shipment would reach the capital of Djibouti, also known as Djibouti, in about an hour and a half.

Trade has long been an important part of the economy in Djibouti, the tiny desert country on the Horn of Africa. About 15 tons of amphetamine-packed leaves are imported every day. It is estimated that the drug trade accounts for about 5% of gross domestic product. And since the onset of the corona crisis, the economic importance of the khat trade has increased.

Djibouti – one of Africa’s smallest nations, with just 1 million inhabitants – depends on trade and its key strategic location. In recent years, the coastal nation has tried to develop one of the most modern ports in the region. In particular, neighboring Ethiopia, with a population of about 110 million, depends on imports and exports via the Djibouti Port.

But trade has slowed considerably in the aftermath of the halo crisis. Now, it is even more difficult to find jobs in ports, transportation or industry in the country. Data from the African Development Bank shows the unemployment rate was close to 40% before the crisis started.

Seller Khat Zainaba A. says her husband was also affected. She works at the port with odd jobs. When asked who makes more money – she or her husband – Zainaba sighed and looked a little embarrassed at the other salespeople at the nearby stands. She said she couldn’t speak. Well, you know… Does that mean he makes more? She shyly glanced at her girlfriends once more and then popped proudly: “Of course! More! And it has been for many years!”

She said she didn’t want her husband to feel bad about it. But if there is no income from a business, her family will not have enough to live. The other women nodded. For many of them, what it means to have a little extra money has become the bulk of the family’s income. Now, the roles have been turned over to the men and they are the ones who bring a little more.

The crisis was only intended to reinforce this dynamic because, unlike the rest of the economy, trade was largely unaffected by the pandemic. Instead, prices, like consumption, are going up, Zainaba said.

Indeed, the regional trade has demonstrated its resilience, having weathered worse crises. Even during the height of the civil wars in Yemen and Somalia, supplies are almost always on time in this country. And arriving at the right time is so important: Small, blue leaves begin to lose their effect about 24 hours after harvest. That is also why people start to get restless around noon in Djibouti.

Zainaba is also strengthened. One of the trucks appears to have had a problem on the way. She was on the phone, trying to figure out what happened. The first customers stopped by, asking if khat had arrived. Where exactly is the traffic jammed? The excitement was contagious, and it wasn’t long before the entire neighborhood knew that khat was running late.

To everyone’s relief, all four trucks turned into a dusty parking lot about an hour later at the central hub in Djibouti. Now the sacks are unloaded and packed into smaller cars. Some rushed to the port where they were loaded onto speedboats and taken to coastal towns in the north. Others drove to different neighborhoods of the capital.

Journalists do not welcome anyone observing the process. Monsieur Ouarabi, head of the company’s security team, said the parking lot belonged to Société Générale d’Importation de Khat (SOGIK). “Anyone snooping here is messing with the devil,” he said.

A senior manager of the company declined a request for an interview. The reason the company doesn’t want to say is that SOGIK is operating in a legal gray zone. “But khat is not completely legal in Djibouti?” – “Yes – but the drug trade is still drug trafficking”.

Meanwhile, the courier also went to Zainaba street selling khat. The goods are distributed to the women from a small warehouse. In total, it is believed that there are about 2,000 street vendors like Zainaba. The vast majority are women.

“Merchant” is a hard word, says Zainaba. But that’s not entirely wrong, she added, because khat is a drug. She also said she would never touch the thing herself.

For many women like Zainaba, khat is both the solution and the root of their financial problems, as the money they earn from their retirement is often lost again as a result of their husbands consuming drugs. The World Bank estimates that the average Djibouti household spends 20 to 30% of its budget on health. That is more than rent, education and health. The only thing families spend more money on is food.

But at first glance it seems like a zero-sum game really not only reinforces the role of many women in Djibouti but also contributes to the country’s development. Past experience with developing countries shows that the more women manage a family’s budget, the more that money goes to education and health.

However, the social cost is high. The World Bank estimates that an average “khatter” spends about 7 hours per day chewing on narcotics, roughly the equivalent of a working day. The economic losses are enormous, not to mention the health and social consequences.

There are no current drug ban plans. Importing company SOGIK has officially registered and paid taxes, with the government reporting income equivalent to about 6 euros per kilogram. Neither the authorities nor the company provided accurate information on the drug tolerated by the state. However, estimates suggest that at least 15% of Djibouti’s tax revenue comes from trading.

Overall, however, this drug could be harmful to the country, said supplier Zainaba. But that’s not the kind of question she can spend too much time thinking about. “I’m just grateful for the freedom this business offers me.”

This work is part of the chain Global Societies. The project runs for three years and is funded by the Bill & Melinda Gates Foundation.

The Global Association series involves journalists from Asia, Africa, Latin America and Europe about injustices in a globalized world, social challenges and sustainable development. firm. Features, analysis, photo essays, videos and podcasts, which originally appeared in the Foreign Affairs section of DER SPIEGEL, will also appear in the Global Associations section of SPIEGEL International. The project was originally scheduled to run for three years and received financial support from the Bill & Melinda Gates Foundation.

The Bill & Melinda Gates Foundation (BMGF) is funding the project for a three-year period at a total cost of about 2.3 million euros.

Is not. The background does not affect the stories and other elements that appear in the series.

It’s correct. The major European media like The guardian and nation There are similar sections on their website – called “Global Development” and “Planeta Futuro” – also sponsored by the Bill & Melinda Gates Foundation.

In recent years, DER SPIEGEL has completed two projects with the support of the Bill & Melinda Gates Foundation and the European Press Center (EJC): “Expedition BeyondTomorrow,” on global sustainability goals and the Journalist refugee sentence “Newcomers,” leads to a number of award-winning multimedia features on the issues of migrants and refugees.