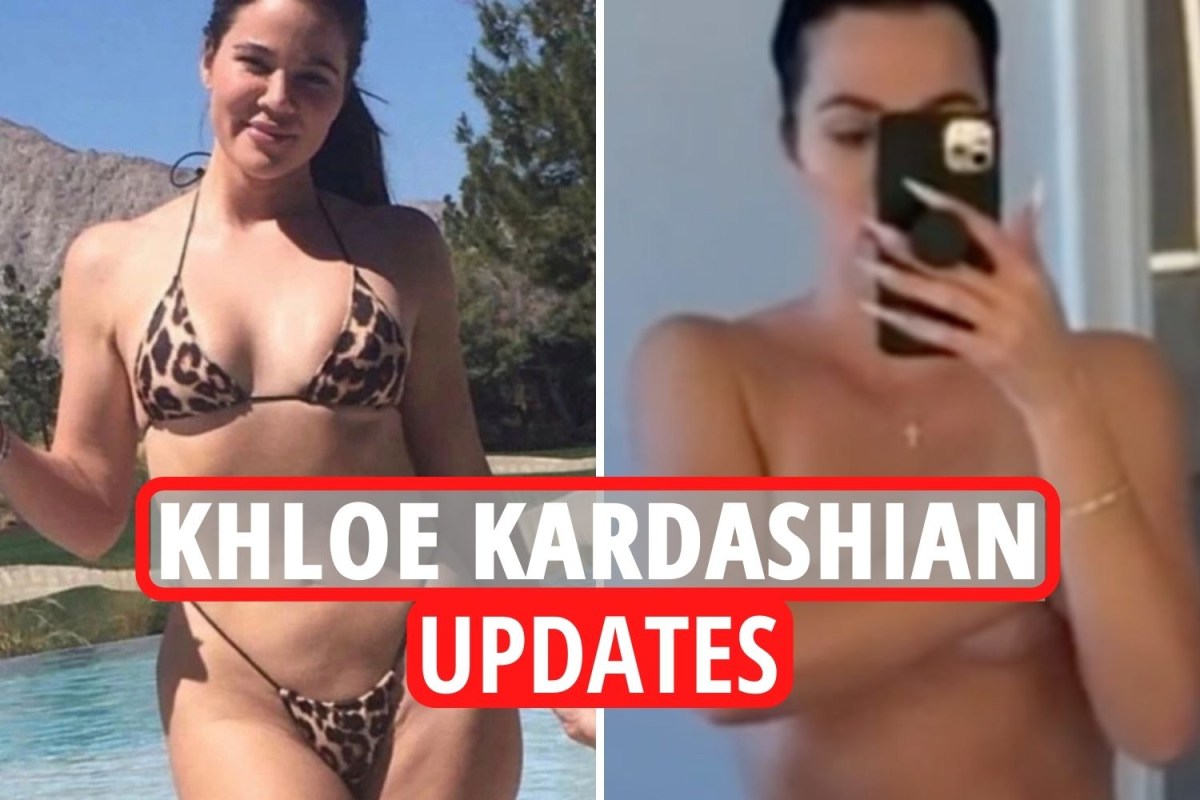 KHLOE Kardashian has insisted her weight loss ISN’T down to surgery.

It comes after the star posed topless to hit back at a leaked unedited bikini picture.

The Keeping Up With the Kardashians favourite made the denial as she issued a statement on how she’d been affected by reaction to the make-up free snap.

Alongside a video of her posing topless, with only her arm across her chest to protect her modesty, the mum-of-one conveyed she was tired of suggestions her “lost weight must have been from surgery.“

And she quipped in the caption: “Yes I did a live to show you all this isn’t photoshopped 😝”.

In the post to fans, which also included her showing off her body in the gym, Khloe said: “Hey guys, this is me and my body unretouched and unfiltered.

Earlier the star broke her silence by saying she has suffered “constant ridicule and judgement” about her appearance all her life, Khloe suggested the unfiltered picture going viral had been “too much to bear’.

It comes after Khloe’s team insisted the photo is her copyright and must not be shared online, her as they desperately tried to scrub it from the internet.

The photo sent shockwaves around the world after appearing to highlight how much Khloe edits her social media snaps.

Although she looks stunning in the unfiltered pic, it bears very little resemblance to the sort of highly edited snaps Khloe would usually post online.

The image seems to have been taken at mom Kris Jenner’s home in La Quinta, California, where the Kardashian clan just spent Easter.

Tracy Romulus, Kim Kardashian’s friend and chief marketing officer for KKW brands, said in a statement to Page Six: “The color edited photo was taken of Khloé during a private family gathering and posted to social media without permission by mistake by an assistant.

“Khloé looks beautiful but it is within the right of the copyright owner to not want an image not intended to be published taken down.”

Share
Facebook
Twitter
Pinterest
WhatsApp
Previous articleAmerica’s seven most valuable tech companies have added $ 3.4 trillion in value by 2020
Next articleTrump signed the budget deal and suspended the debt ceiling until 2021. The national debt is now $ 24.2 trillion and is growing rapidly. Should we care? : Economics