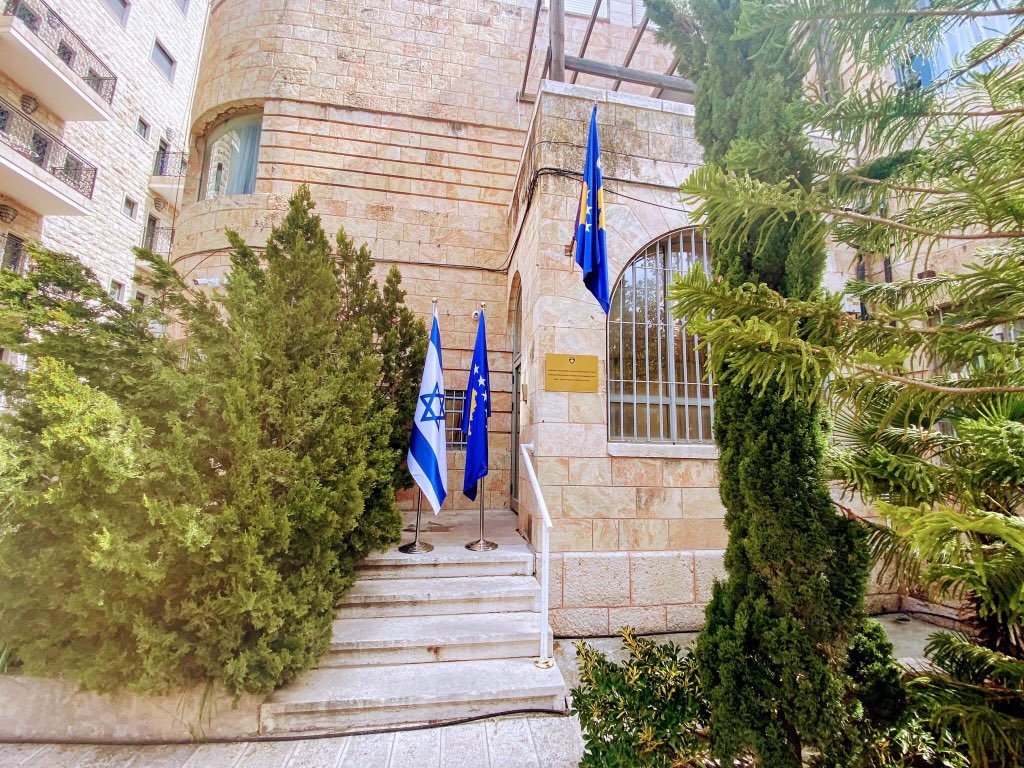 Kosovo formally established diplomatic relations with Israel on February 1, a connection mediated by US diplomats during the final months of the Trump administration. Turkey reacted with anger and almost immediately began threatening Kosovo because its decision, which it deemed contrary to international law, demanded at least Kosovo’s new embassy not to be. located in Jerusalem. Ignoring Turkish threats, the Kosovo Republic announced the opening of an embassy in Jerusalem on March 14.

The agreement on the Jerusalem embassy is part of the so-called “Washington Agreement” that was signed in the Oval Office on September 4, 2020. The diplomatic recognition of Israel and the terms of the Jerusalem embassy is tied to a broader package of measures to promote economic cooperation between Kosovo and Serbia. That larger deal brought Serbian President Aleksandar Vucic and then Kosovo Prime Minister Avdullah Hoti together to attend the signing ceremony witnessed by President Donald Trump on September 4.

Most observers see the terms of the Jerusalem Embassy as part of Trump’s failed 2020 re-election campaign arranged by Trump’s son-in-law, Jared Kushner, and several political officials. Other analysts note that the terms of mutual recognition actually overshadowed the Kosovo-Serbian economic cooperation clauses in the deal.

However, President Joe Biden’s group at the State Department in early February pointed out that they fully support the Kosovo-Serbia deal signed in 2020, while signaling support for the so-called The framework of the “Abrahamic Agreement” greatly expanded Israel’s diplomatic relations with Muslim countries, including many in the Persian Gulf.

Both Kosovo and Serbia are believed to have pledged under the Washington Agreement to set up embassies in Jerusalem. For Kosovo, this task is somewhat easier as the embassy is a brand new facility, while Serbia will eventually have to move its current embassy to the Israeli capital from its current location in Tel Aviv. . So far there has been no information about the embassy transfer from key officials in Belgrade.

The Kosovo embassy led by Ines Demiri, in charge of Kosovo in Israel, opened the Kosovo embassy because high-ranking Kosovo representatives were unable to travel due to the coronavirus epidemic.

“The Kosovo Embassy in Jerusalem will be strongly committed to strengthening bilateral cooperation and strengthening the international record of the Kosovo state,” the Kosovo Foreign Ministry said in a press release on Wednesday. 3.

Turkish Ambassador to Pristina held meetings with Kosovo officials to explain Ankara’s opposition to the opening, and Turkish President Recep Tayyip Erdogan said in February “I believe that it would be beneficial to avoid such a move that would cause great damage to Kosovo. ”

For its part, the EU still opposes moving embassies of EU member states to Jerusalem, but it is not known what form of pressure, other than the brief press statement below, has been applied on the matter to the Kosovars, who eventually hope to initiate EU accession negotiations.

An EU spokesman said on March 15 that “the EU regrets Kosovo’s decision to leave the EU’s stance on the Jerusalem issue.”

“The EU’s position is well known and is in line with Security Council Resolution 478 of 1980, which calls on all UN member states to move their embassies to Tel Aviv. All the embassies of the EU Member States and the EU Delegation to Israel are located in Tel Aviv. the spokesman said.