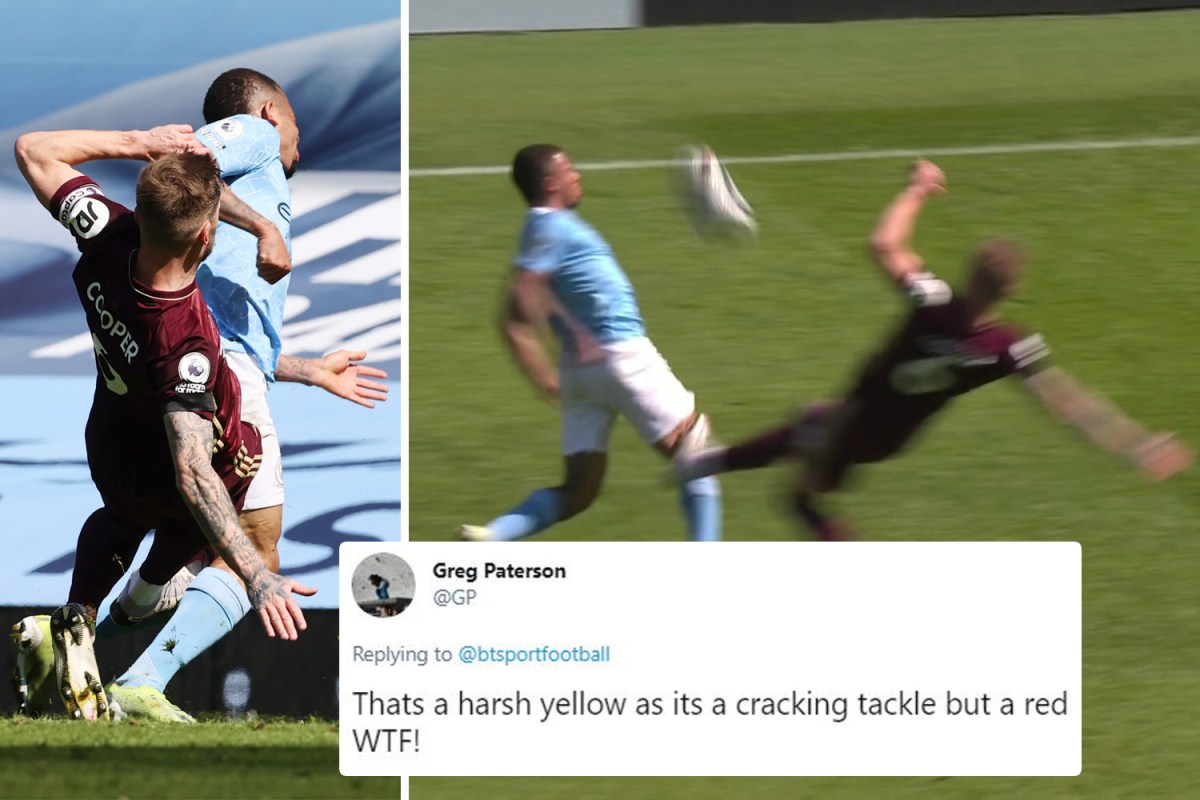 LEEDS fans were furious at Andre Marriner’s decision to kick Liam Cooper out against Manchester City.

Their captain was sacked for a high foul on Gabriel Jesus, having been initially booked before the VAR upgraded the penalty.

With West Yorkshire won 1-0 just before the first half, Cooper was shown a yellow card for a foul Jesus.

The defender received the ball but was reckless, using a rivet on the Brazilian right knee.

Arbitration Marriner initially awarded a yellow card for the challenge but was notified by WHERE official for a second look.

Leeds must fight now elect the champion with only ten people.

The visitors took the lead just minutes before the incident 42 minutes when Stuart Dallas finished with a lovely movement.

It’s a harsh yellow like a crack of it but a red WTF!

Cooper’s sacking caused a fever on Leeds fans on social networks, with many claiming he had received the ball.

One wrote on Twitter: “Complete and completely joking about the state of decisions in this tournament!”

Another wrote: “Absolutely betrayal. This is not football anymore.”

But others supported the decision, with a tweet: “It’s clearly a red card. Funny high, very late.”

Currently the score is 1-1 at Etihad.