Meet ‘Yayagram’, a device made by a young man to communicate with his grandmother 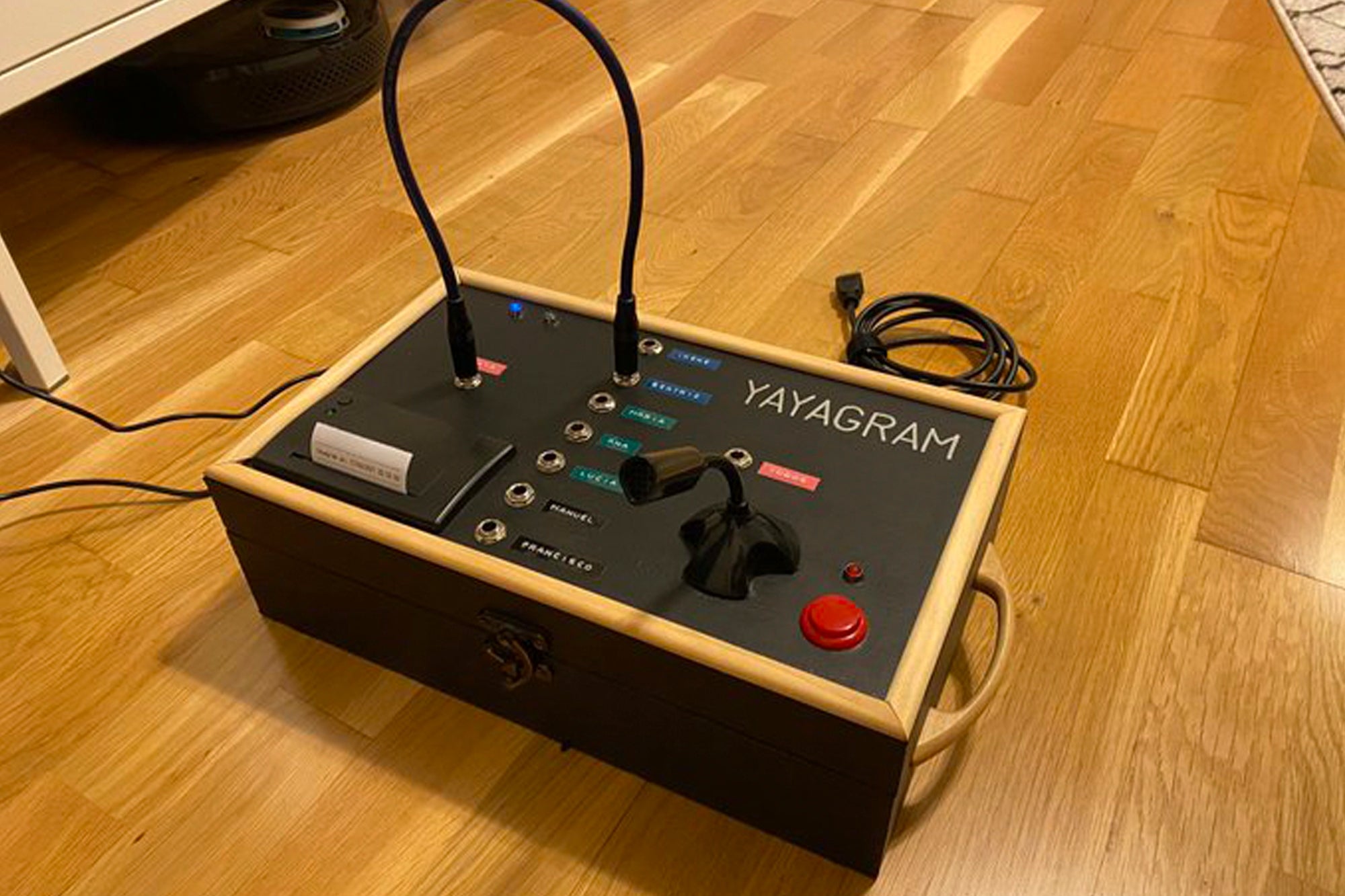 Computer engineer Manuel Lucio presented his invention on Twitter, including a strange device to facilitate communication with his grandmother and was baptized by him as ‘Yayagram’.

One of the sectors most affected by social isolation since Covid-19 A pandemic begins to be the elderly. While young people can overcome their loneliness thanks Social Network and video calling, for them, is more complicated, due to difficulties in handling technology. To help his grandmother communicate with the family, a young man created ‘Yayagram’ , a curious device you must know.

Manuel Lucio presented by a Spanish computer engineer ‘Yayagram’ on April 18 above Twitter account and it went viral in record time!

Hello world, I present you Yayagram! A device that helps the elderly communicate with their niece and grandchildren. How? I opened the theme with the details of the pot! “ , The young inventor wrote.

Yayagram does two things:
Send voice messages via Telegram with the touch of a button.
Receive Telegram messages and print them on thermal paper.

Next, the engineer explained that ‘Yayagram’ is a capable device send voice messages through Telegram at the push of a button. You can also receive messages from the same social network and later print them physically on thermal paper “so you can touch and read it . “

“To send voice messages, the first thing is to choose nephew or niece to send messages or all at once. Selection is made by means of a ‘Las Chicas Del’ Cable ‘jack. Manuel explained, referring to the ‘plugs’ that were connected to link calls in the call center decades ago.

The ‘Yayagram’ Was the same, similar that is, it asks to hold the button while speaking the vox message into the microphone.

To record a message, it is similar to Telegram App, but here it is analog, you hold the red button, you speak loosely and the message is sent. You get it like this: pic.twitter.com/C06ZXwqAuu

Regarding software and hardware, the creator commented that “Everything runs on Raspberry Pi 4 and is made in Python. Many different libraries are used to send and receive Telegram and print on paper. In the code, it uses three wires: one wire to receive and print messages, the other to record and send messages and finally the other to track the connection and display it via an LED ” .

In the end, Manuel Lucio said that although his grandmother could call her relatives, she was “Didn’t handle it well and did not sound very well . “

“I think Yayagram gives her the independence to be able to communicate with all of her grandchildren. And I can send WhatsApp, but with 96 years, it’s very difficult to get it right on a touchscreen ” , the ingenious creator concludes ‘Yayagram’ .

The Spanish engineer also revealed technical details about the installation of the device, so it is not known whether he intends to commercialize it in the future or he is just sharing it for altruistic purposes, so that others can replicate this model in their home and be able to facilitate communication with their adults. Elderly.