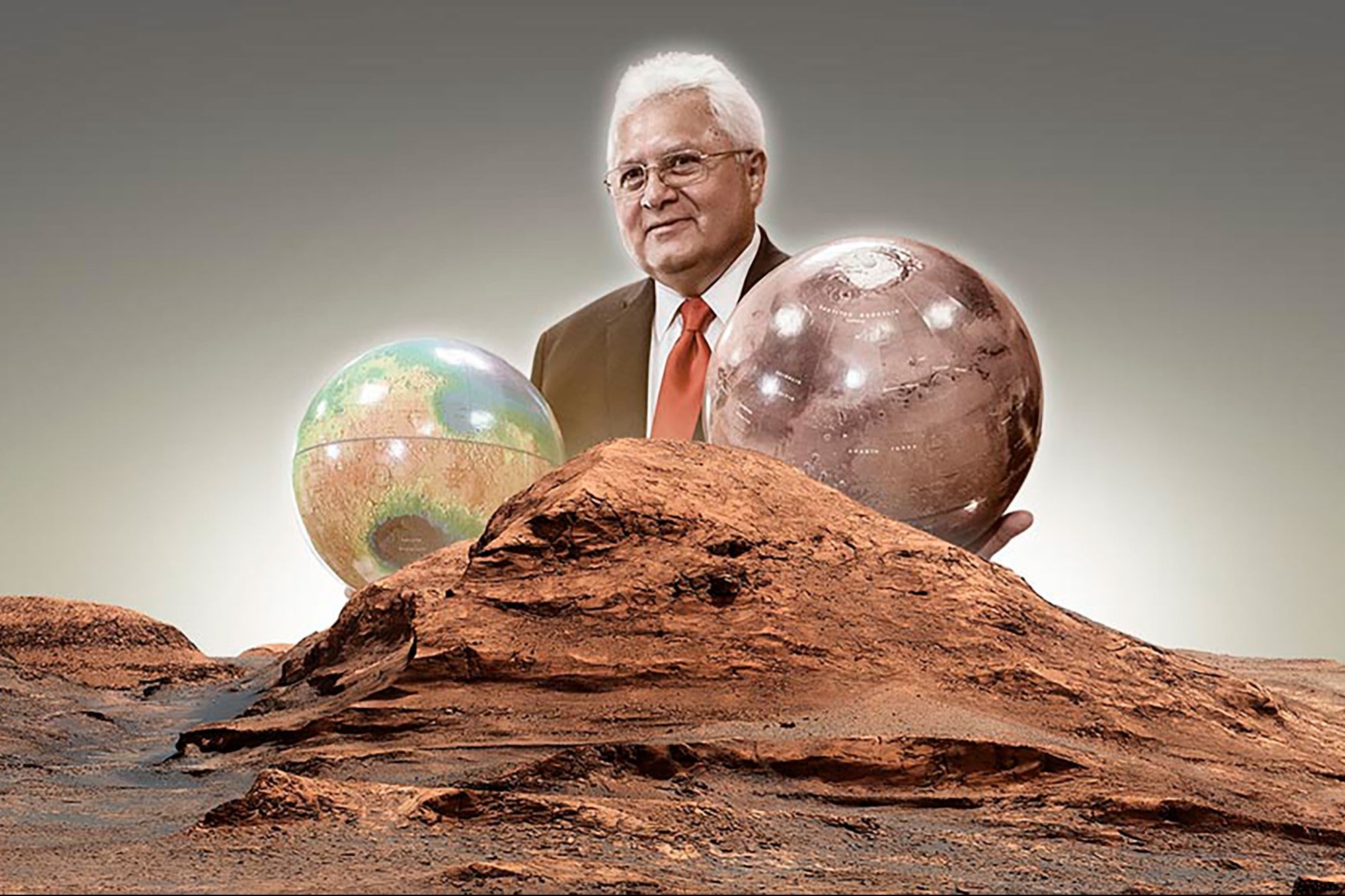 Rafael Navarro González devoted his life to science; Now the space agency pays homage to him after his death because of COVID-19.

Rafael Navarro González, is a leading Mexican researcher at the Institute of Nuclear Science (ICN) of the Autonomous University of Mexico (UNAM). He has helped to develop Sample analysis at Mars (SAM) kit, a mobile laboratory that analyzes the chemistry of rock, soil, and air in space. Unfortunately, he lost his life after catching COVID-19 in January of this year. For this reason, NASA will name a mountain on Mars in his honor.

Rafael Navarro, a leader in astrophysics, in addition to determining the role volcanic lightning plays in the origin of life on Earth.

Newsletter #UNAM The name of the famous Mexican researcher and #ExpertoUNAM Rafael Navarro has been immortal, after @NASA decided to identify one of the mountains of Mars with his name. #GOYA ! > https://t.co/JWeyQK4jv7 #PontePumaPonte pic.twitter.com/4687vZZZon

According to the ONE Gazette , Paul Mahaffy, who is leading The NASA team and as the main proponent of the mountain naming initiative, it is located northwest of Gale Crater, near Sharp Mountain. The Curiosity Robots that arrived on the red planet in 2012 are working there.

“We determined that it would be a good way to honor our collaborator and friend, Rafael Navarro González. There are three choices about the object, we talked about it with Fabiola (her epsosa), her daughter and her brother, and they decided that it could be it. We know that the official names of objects in space are given by the International Astronomical Union, but we believe that with this initiative, the name will be formed faster, ”the scientist said. .

Ashwin Vasavada, a scientist from NASA’s lab, explains that the area on the red planet is rich in clay and sulfate minerals, which could help better understand changes in climate and current conditions.

“Rafael is a good friend and a dedicated scientist, it has been a privilege and honor for the Mars expedition team to work with him for several years. , “ has added Goddard’s Space Flight Center expert NASA , Mahaffy.

His career at UNAM and Science

Rafael graduated from UNAM’s Faculty of Science, after which he earned a postgraduate degree at Meryland University, USA, but His love of the research house made him return to Mexico to give back a bit of knowledge.

Based on AnimalMX , Rafel Navarro and other scientists won after proposing Analysis of Mars samples for NASA . They have been working on the project since 2004. He studied the Pico de Orizaba, it could act as a reference of what Mars would be like if the atmosphere was in “topographical” form, i.e. making it a place where people can breathe.