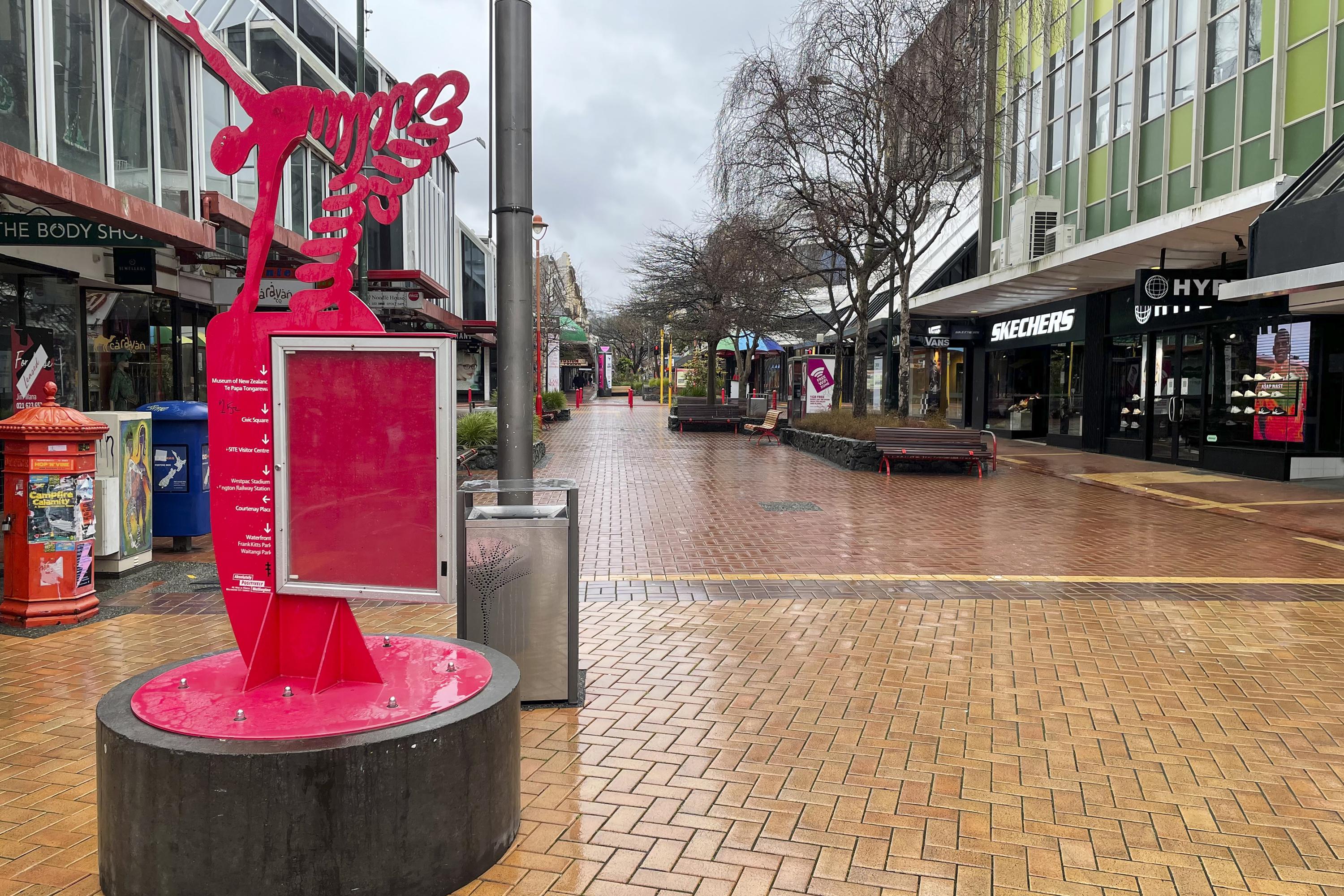 WELLINGTON, New Zealand — New Zealand’s largest city will remain in lockdown for at least two more weeks, although some restrictions will be eased from Tuesday.

Auckland has been in the strictest form of lockdown for just over a month, the longest stretch since the pandemic began.

New Zealand has taken an unusual zero-tolerance approach to the coronavirus and has been trying to completely eliminate an outbreak of the delta variant. But the outbreak has proved stubborn, with the city continuing to report about 20 new local cases each day.

And the outbreak has spread beyond Auckland after an infected prisoner was bailed to his home in a small rural town.

From Tuesday, Aucklanders will be able to buy takeaway restaurant food, and some workplaces can reopen. But most people will still be required to live and work from home, and schools will remain closed.

WASHINGTON — The National Institutes of Health director says a government advisory panel’s decision to limit Pfizer COVID-19 booster shots to Americans 65 and older as well as those at high risk of severe disease is a preliminary step and predicts broader approval for most Americans “in the next few weeks.”

Dr. Francis Collins told “Fox News Sunday” that the panel’s recommendation Friday was correct based on a “snapshot” of available data on the effectiveness of Pfizer’s two-shot regimen over time. But he said real-time data from the U.S. and Israel continue to come in showing waning efficacy among broader groups of people that will need to be addressed soon.

Collins, who also appeared on CBS’ “Face the Nation,” said: “I think there will be a decision in the coming weeks to extend boosters beyond the list that they approved on Friday.”

Dr. Anthony Fauci, who is President Joe Biden’s chief medical adviser, on Sunday praised the advisory board’s plan for covering a “good chunk” of Americans. But he stressed that “this is not the end of the story” based on evolving data and said the recommendations will likely be expanded in the coming weeks to months.

The Food and Drug Administration will consider the advisory group’s advice and make its own decision, probably within days. The Centers for Disease Control and Prevention also is set to weigh in this week.

KATHMANDU, Nepal — Tens of thousands of devotees have packed the old palace courtyard in the heart of Nepal’s capital to celebrate the feast of Indra Jatra, marking the return of the festival season in the Himalayan nation after it was scaled down because of the pandemic.

Kumari, a young girl who is revered by both Hindus and Buddhists in Nepal as the living goddess, left her temple palace for the first time in two years and was driven around the center of Kathmandu in a wooden chariot pulled by devotees.

Nepal’s president and highest officials also lined up to get her blessing, together with the tens of thousands of others. Last year’s festivals were scaled down amid a surge in coronavirus cases.

MACKINAW CITY, Mich — A popular Halloween-themed event held annually in northern Michigan has been cancelled this fall due to concerns over the coronavirus, including the rising number of cases of the delta variant in the area.

Fort Fright at Colonial Michilimackinac in Mackinaw City had been scheduled for October 8-9.

The event is drawn from a collection of short stories published by Mackinac State Historic Parks and based on French-Canadian folktales brought to the Mackinac Straits area by the voyageurs during the height of the French fur trade.

Staffing challenges and concerns about housing volunteers also played into the decision to cancel the event, according to organizers.

Colonial Michilimackinac is an 18th-century fort and fur trading village located along the Straits of Mackinac. It was reconstructed based on historic maps and more than 60 years of archaeological excavations.