Not again! US men’s team gone after another messy relay – Hub News Report 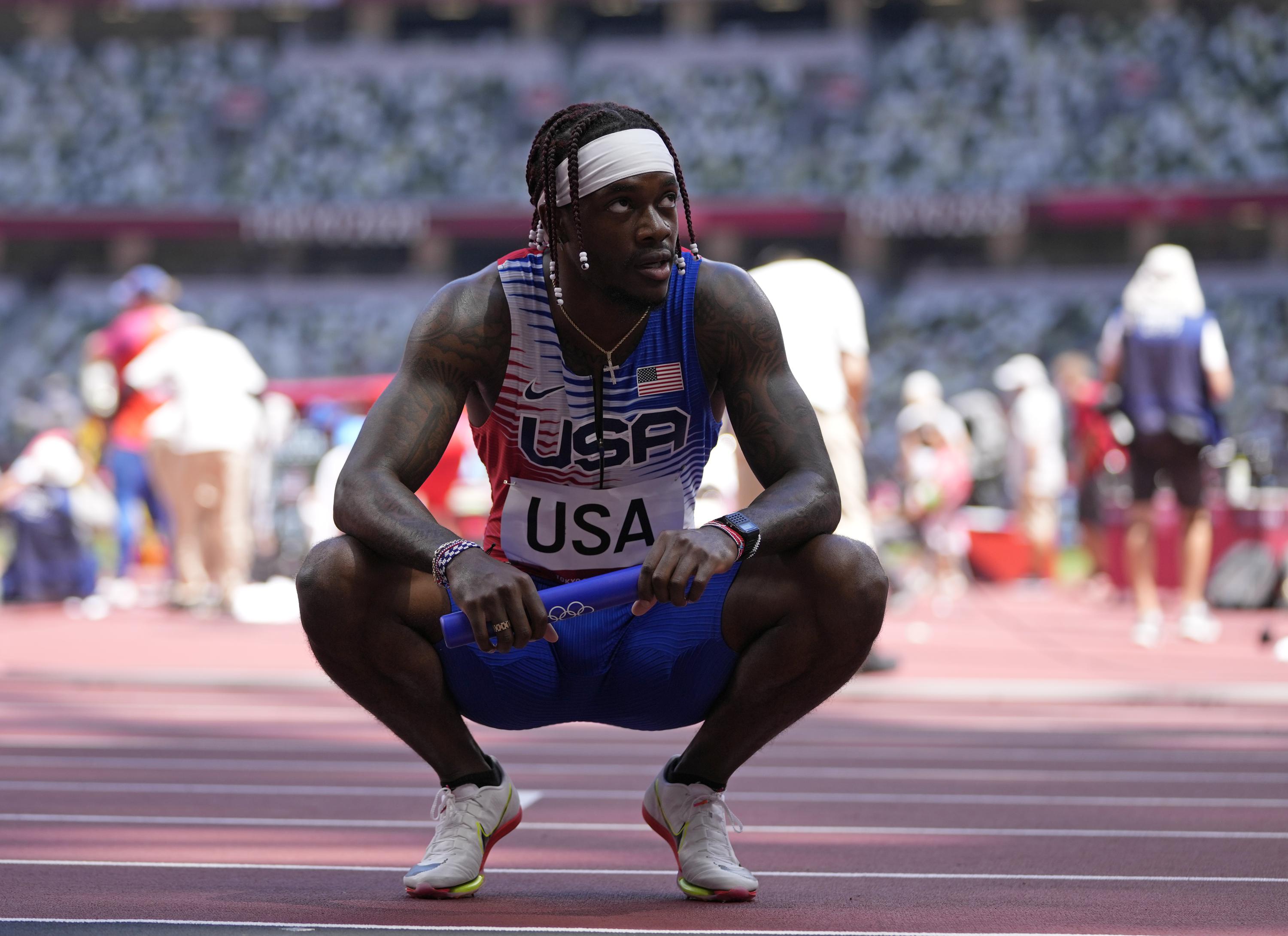 TOKYO (AP) — A slow exchange left the American 4×100-meter relay team in an all-too-familiar spot at the Olympics on Thursday — out of medal contention.

And this time, not even racing for one.

The team of Trayvon Bromell, Fred Kerley, Ronnie Baker and Cravon Gillespie failed to make the final after finishing sixth in their qualifying heat, extending a quarter-century of misery for the country that brings the deepest track team to the Games.

“We’re just all running fast right now so, you know, the timing and everything, the couple of practices we had,” said Baker, who ran 9.95 seconds to finish fifth in the men’s 100 last weekend. “Trying to time that up perfectly with a couple of practices is a little difficult, but it is what it is.”

No country has gotten much relay practice over the past week — or year — as the coronavirus pandemic limited large training camps and workout sessions.

This didn’t seem to impact China, Canada or Italy, who finished 1-2-3 in the heat.

It also didn’t impact the U.S. women, a team headlined by Teahna Daniels and Javianne Oliver, who were also in the individual sprints and estimated they got about five practices in with their teammates.

The U.S. men haven’t won the Olympic 4×100 since 2000 and haven’t made it cleanly to the finish line in a final since taking a silver medal in 2012. But they gave that one back because of a doping ban against Tyson Gay.

This marked the first time the U.S. has failed to make the final since 2008, when Gay was involved in a bumbled exchange. The U.S. got DQ’d for another bad pass in the medal race in 2016.

This time, the sprinters made it around the track, but it was ugly.

Finishing the second leg, Kerley repeatedly misconnected with Baker, to the point that they were practically side by side and barely running by the time they exchanged the stick.

How much practice did they get?

“Not much,” was Baker’s reply.

After the bad exchange, Baker made up some ground on a fast-disappearing field and Gillespie tried to close on the anchor leg, but the others pulled away.

This marks the 10th time since 1995 that the men have botched a relay at a world championships or Olympics.

“You’ve got to come to compete,” Baker said. “Same as every competition. Same mindset.”