Opinion: After Chauvin’s judgment, we all have to speak out loud against injustice where and when we see it 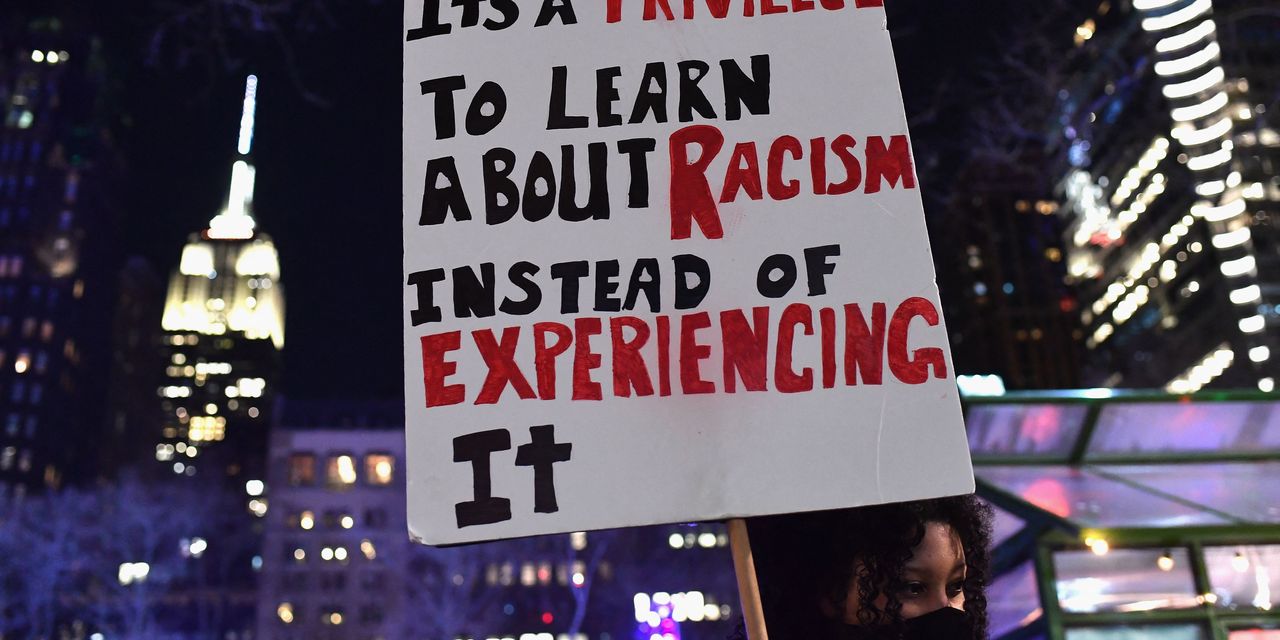 That is also my 50order birthday. I live in Washington, DC and have been planning on picking a take-out dinner from a restaurant a few blocks from the White House. As I was about to drive into the city center, I heard reports that the verdict would be announced within the next hour.

I went outside, listening nervously on my car radio. The evidence against Chauvin was numerous, including convincing statements from fellow police officers testifying against Chauvin. But of course, there is uncertainty. I think there is a possibility that Chauvin will be convicted for at least one of the three crimes, but worry that he might not be convicted on all three.

If Chauvin wasn’t convicted on every crime, I wonder how people might react. I think of the 1992 Los Angeles riots after police officers caught the video defeating Rodney King was acquitted. I can understand the rage if Chauvin is not convicted of every crime, but I don’t want to be caught in the middle.

I made my way into the city center, found a parking space near the restaurant at 5 p.m. Eastern time, and expected a verdict at any time. It was a beautiful sunny day and the hikers were taking a leisurely walk. A man on a street corner was playing a radio broadcast watching the proceedings in Minneapolis. I took the order, got back to the car, and turned on the radio.

Still no verdict. I started driving north through the Dupont Circle in downtown Washington. The final verdict was also given. When the judge read the jury’s verdict on all charges, I felt relieved. When I heard the judge survey each juror, I thought about it the diversity of the jury – male and female, black and white, multiracial, immigrant. Some speak English with accents. All answered “yes” when the judge asked them whether they really got a guilty verdict.

I am white, and teach a college class about US presidential power. Each semester, we discuss the cases in which jurors refuse to convict the accused under a statement that President George Washington unilaterally issued without congressional backing. The makers of the Constitution believed that jurors had an essential role to play in setting limits on government power. The juries in 1793, all whites, fulfilled that obligation when they refused to allow Washington to unilaterally determine the power of a monarch and then punish criminal charges without legislative support. A diverse jury in Minneapolis this week performed a similar function in refuting the notion that a police officer can be unilaterally a judge, jury and executioner.

I think of the efforts of Rep. Marjorie Taylor Greene (R-Ga.) And others to established the first US caucus, efforts seem to be unraveling when the document has been made public describes the caucus as seeking to focus on the “Anglo-Saxon political tradition” while protecting the country (presumably white people) from threats from “intrusive foreign citizens. [the] Nation”.

After Chauvin’s claim was announced, Greene perjured that Washington, DC was “Completely dead” and people are said to be “afraid of going out for fear of riot”, with “[p]olice everywhere [with] riot. In fact, when I drove home, the scenery outside was so calm – people looking like they were coming home from work, my parents pushing a stroller. There was no sign that anything important had happened, not even screaming or honking the car horn. I passed a lone police car, in the middle of traffic, with no sirens, no signs that it was doing anything other than normal duty.

I returned home and had a birthday dinner with my family. After dinner, I went out to play a baseball game. It was getting dark as I drove to my game, and everything was fine when I was out on the pitch in the Maryland suburbs. I listened to more information about Chauvin’s judgment and was encouraged. Later, I heard that President Joe Biden remarked “this could be a moment of significant change. “That’s how I felt driving to Maryland – that this ruling could be a start and an important and necessary step in the right direction for the country.

What I encountered when I got to the baseball field dulled my hopes a lot. I came across a group of men talking about the sentence. They were all white, although one or two people of color nearby seemed to hear their conversation but did not participate in it.

The person who spoke the most was clearly not satisfied with the results. I heard him say something about the effect of this which means that now no one wants to be a police officer because they will be afraid of undue punishment for simply doing their job. I felt a rush of blood and jumped into the conversation, pointing out that many policemen saw Chauvin as a disgrace to their profession, and noted that parade of police officers Who testified against Chauvin during his trial.

The man who said no one would want to be a police officer sarcastically replied that I could have a “Black Lives Matter” banner at home. I asked him if he thought black people’s life didn’t matter – he didn’t directly answer my question, but said that anyone with fentanyl in their system deserves to die.

Now I’m very angry, and I hope the others in the rally will share my outrage. I ask – do everyone here agree with that? Do you think the police can kill someone in those cases? Are you okay with what this guy is saying? There was no obvious response – I think one person quietly said “Yes, I’m fine with this”, but couldn’t be sure. What I know for sure is that no one else said a word.

As Vice President Kamala Harris said on Tuesday night, racial inequality is an issue for all Americans. Part of what this means to me is that whites have a number of important options to make – some impressions, some relatively mundane.

This moment, with its focus on the black American police murder, offers the opportunity for reflection and the opportunity to act. First, we can speak up when others tolerate police racism and violence.

Some white Americans understand this. Conservative radio presenter and former congressman Joe Walsh said today that he now agrees with former President Barack Obama’s view that “Black Americans are treated differently, every day”. As Walsh, the white man, said: “Now I understand that. Barack Obama has always understood that. He doesn’t change. I have.”

But how many potentially transformative people Walsh has made? What chills me when I meet the group in upstate Maryland is the silence. When one person approves of the human rhetoric that encourages and facilitates racism and despises others, no one else calls him out. Someone who heard our debate asked what the group was about. One person speaks politics, another speaks morality. I agree with the following, and say so – this is an ethical question, and the silence of others says a lot.

Chris Edelson is an assistant professor of government at the American University Public School. He has written two books on presidential power. Follow him at @ChrisEdelson on Twitter.

Than: ‘Accountability … but not justice’: AOC, Pelosi, Zuckerberg and other leaders react to Chauvin’s rulings

Also read: ‘Anti-racism is a verb, so it requires action’: Constantly demanding racial equality – how to be a lifelong ally