Process or outcome: It is necessary to review the EU integration process of the West Balkans. 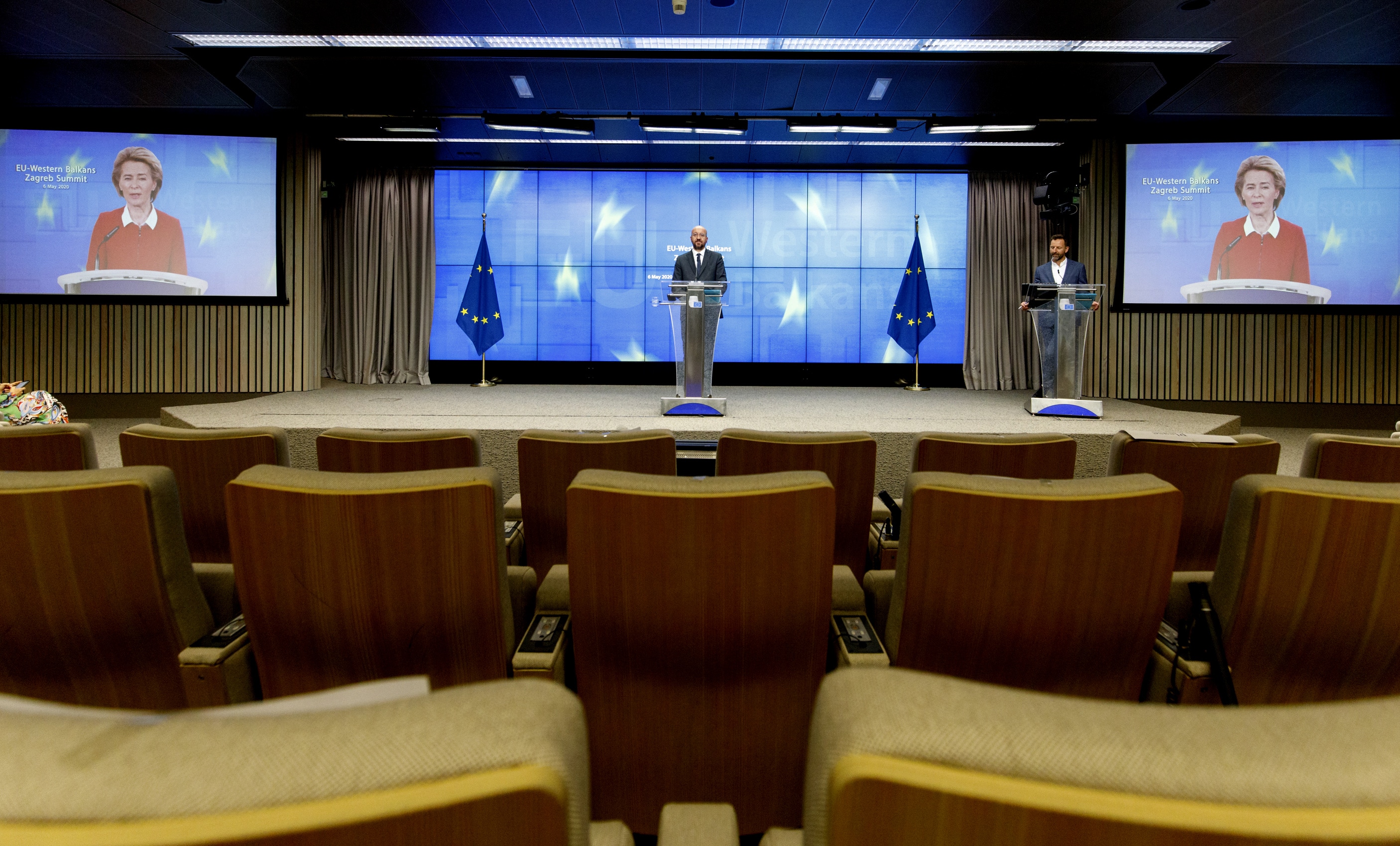 During the 2005 general election campaign, a senior figure in the opposition announced that in the event of his party’s victory, Albania would join the European Union. within five to six years. Contemporary, more conservative government this problem, corrected, will take a few more years; to them, of course, a safe hand.

Today, sixteen years later, there are no contestants in the ongoing general election campaign trying to promise when to become a member of the Union in the future of the country. The government presents itself as a normal safe hand when doing the homework that the EU requires and ignores the embarrassment that the EU imposes on additional conditions. Curiously, for the first time since Communism, Europe has been completely absent from their election problems.

The opposition is making the EU a central campaign feature that promises a real start to member negotiations this fall. But note: no one talks about our year of joining the EU anymore.

Without a doubt, in the European Union, skepticism towards potential members from The Balkans also increased for internal reasons. But the main The cause of it is still the confusion of fundamental standards in our region, starting with human rights, the rule of law, the separatist three powers, government accountability, etc. Or, in words language of the EU treaties, Copenhagen Criteria – the rules that determine whether a country is eligible to join the European Union.

In his famous article “The Plantagenet Effect”, the American scholar Robert Kaplan notes that it took England eight centuries to develop its present tradition and culture of rule of law and democracy. He explained the 2010-11 “Arab Spring” failure to achieve active democracies without such an original tradition.

Of course, the Balkan cannot be compared with the Arab-like situation It can be said that the institutional tradition – democracy of the region there is a deficit compared to the rest of the continent. Balkan also opportunity that similar regions of the world do not have due to it geographical area within Europe and to be committed by the EU to assist with the Copenhagen Criteria.

The European Union has committed a great deal of political and financial potential but this needs to be put to good use.

Until recently, Montenegro and Serbia were considered the precursors of EU integration. Montenegro opened and closed chapters with the European Commission, but in fact the state was occupied by the ruling party that had been in power for three decades (albeit a party with historical merit). The recent change of government in the ballot box, despite geopolitical irritants, is an opportunity to “not take”.

Serbia resembles Albania with segments of state power that are criminalized and generally conquered; there, also, the Parliament was completely filled with the ruling party’s delegates after a reckless election boycott by the opposition.

Bosnia and Herzegovina is a dysfunctional federation and its constituent entities are religious party feuds that lack the checks and balances of the ruling party and change.

International reports such as Transparency International / IDM was recently sufficient to address the issues of Albania on this issue; even if we didn’t know them while living here. Improving this situation is of course the responsibility and obligation of the respective societies, their elected politicians, and other actors.

Under those circumstances EU membership may exist Decades or more, the main question is what integration should be how is the process? How should it be designed to serve the interests of the European Union as well as that of the six West Balkan countries?

I guess we can easily agree that the six people’s main concern is progress and consolidate the Copenhagen Criteria. The same should be the main interest of 27 European countries, which need a continent governed by law (Europe), not by semi-dynamic gangs. The Semi gang offers a stable facade that in fact risks leading to unrest or paving the way for unfriendly forces.

The big question is whether the current integration is the right one. It focuses heavily on the approximate national law of EU acquisitions.

Mainly on paper, not too much in practical implementation. These laws are Absolutely necessary to one day become a member, but it makes sense to Focus a lot on them when at the same time, the government becomes re-violates the Constitution and many key laws. Besides, Finances of the European Union, with millions of euros, strategies and processes, where performance and results are not always clear.

Experience in recent years in Albania has shown achievements that have helped effectively the EU such as reaching the Anonymous Agreement (the purge of old criminals from public offices in the country). 2014) and an Electoral Reform in 2020, but the EU’s silence is about Tahiri-Cannabis (2016) or statements in favor of abuse National Theater demolition project (2019) by some Europeans Commission officials should be noted as catastrophic failures. Not to mention Thoughtless gestures as sponsored by the European Union “Run against corruption” in 2020, where European diplomats run and smile next to scandals ministers on the shores of a lake near Tirana, a gesture that was properly ridiculed by the public.

This Brussels mentality may be appropriate when deal with a Swedish or Austrian membership in the 1990s. inside the Balkan latitude and in the contemporary world it should be modification, progressing from “arbitrary” to “intervention”. Towards a more “American” approach if I can say so. Not by interfering on behalf of local political and social actors, as this will hinder them liberation and development. But the EU needs to maintain clarity and take a wary stance whenever the Copenhagen Criterion is violated.

This encourage localities to support European standards. Be they professional politician, social activist or freelance journalist. Directly and Public support for the latter from the EU will be even stronger and more effective aid. And still other ways and means. But it would call for a more aggressive policy change or interventionism.

According to a half-truth cliché, Americans tend to result, Europeans look to process. In our case, it seems to be the key to determining results. At a time when EU membership is vague on the horizon, the outcome of the European integration process could be redefined as the integration of the Fundamental Foundations (i.e., of the Copenhagen Criteria) .

Such a debate seems to have already started in Brussels. But last month, when The European Parliament has adopted the report on Albania, a Socialist MEP claims that the questionable communication law has been repealed, meeting the final EU condition to convene the Intergovernmental Conference. Of course, this is untrue, as the law is still pending congressional approval and, Theoretically, it can be accepted or rejected at any time.

The the fact that another European Commission official repeats this untruth could prove that the debate over a more effective approach and its adoption could take place. longer than hope.

Share
Facebook
Twitter
Pinterest
WhatsApp
Previous articleDaimler’s Spanish unit could be held responsible for the damage caused by the cartel, the EU court adviser said.
Next articleFour reasons why Truist Financial is such a super bet among regional banks