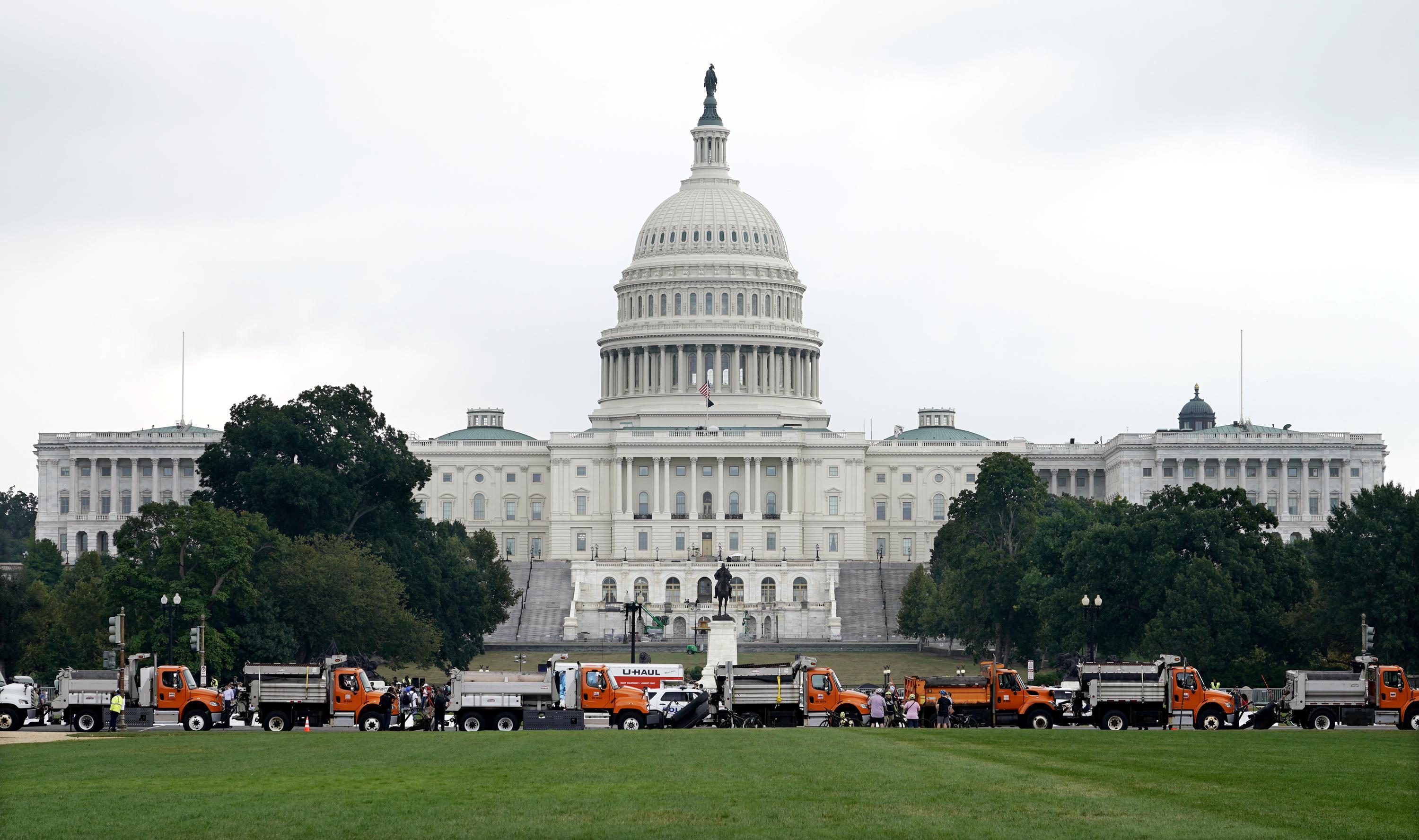 WASHINGTON (AP) — Democrats can’t use their $3.5 trillion package bolstering social and climate programs to give millions of immigrants a chance to become citizens, the Senate’s parliamentarian said late Sunday, a crushing blow to what was the party’s clearest pathway in years to attaining that long-sought goal.

The decision by Elizabeth MacDonough, the Senate’s nonpartisan interpreter of its often enigmatic rules, is a damaging and disheartening setback for President Joe Biden, congressional Democrats and their allies in the pro-immigration and progressive communities. It badly damages Democrats’ hopes of unilaterally enacting — over Republican opposition — changes letting several categories of immigrants gain permanent residence and possibly citizenship.

MacDonough’s decision was described by a person informed about the ruling who would describe it only on condition of anonymity.

The parliamentarian decided that the immigration language could not be included in an immense bill that’s been shielded from GOP filibusters. Left vulnerable to those bill-killing delays, which require 60 Senate votes to defuse, the immigration provisions have virtually no chance in the 50-50 Senate.

Estimates vary because many people can be in more than one category, but the liberal Center for American Progress has estimated that 6 million people could be helped by the Democratic effort. Biden had proposed a broader drive that would have affected 11 million immigrants.

Democrats and their pro-immigration allies have said they will offer alternative approaches to MacDonough that would open a doorway to permanent status to at least some immigrants.

“We are deeply disappointed in this decision but the fight to provide lawful status for immigrants in budget reconciliation continues,” Senate Majority Leader Chuck Schumer, D-N.Y., said in a written statement. “Senate Democrats have prepared alternate proposals and will be holding additional meetings with the Senate parliamentarian in the coming days.”

One such approach would be to update a “registry” date that allows some immigrants in the U.S. by that time to become permanent residents if they meet certain conditions, but it was unclear if they would pursue that option or how the parliamentarian would rule.

“The parliamentarian’s recommendation is just that: a recommendation,” tweeted Greisa Martinez Rosas, executive director of United We Dream, an immigrants’ rights group. “Democrats can still deliver citizenship this year. It’s time they side with millions of immigrants, our friends, and our communities. This isn’t over. We need citizenship THIS YEAR.”

The provisions that MacDonough has said should be removed would create varying, multiyear processes for immigrants to gain legal permanent residence, which in turn would allow many of them to pursue citizenship.

The parliamentarian’s ruling is certain to rile progressive Democrats, for whom inclusion of the immigration provisions in the overall $3.5 trillion bill has been a top priority.

The legislation would boost spending for social safety net, environment and other programs and largely finance the initiatives with tax increases on the rich and corporations. Moderate Democrats want to water down some of the provisions, including shrinking its price tag, but progressives oppose trimming it.

Party leaders are still working on finding a compromise on the sweeping legislation that would satisfy virtually every Democrat in Congress. They can’t lose any Democratic votes in the 50-50 Senate and can lose no more than three in the House.

Under the special process Democrats are using to shield the overall bill from a filibuster, language in such legislation is considered “extraneous” and is supposed to be removed if its budget impact is “merely incidental” to the provision’s overall policies.

MacDonough said the budget impact of Democrats’ immigration proposal was outweighed by the policy impact it would have. Democrats have said that according to an unreleased estimate by the nonpartisan Congressional Budget Office, the immigration provisions would have increased federal deficits by more than $130 billion over the coming decade, largely because of federal benefits the immigrants would qualify for.

Democrats and a handful of GOP allies have made halting progress during the past two decades toward legislation that would help millions of immigrants gain permanent legal status in the U.S. Ultimately, they’ve been thwarted each time by broad Republican opposition.

The House has approved separate bills this year achieving much of that, but the measures have gone nowhere in the Senate because of Republican filibusters. Bipartisan talks have yielded no middle ground.