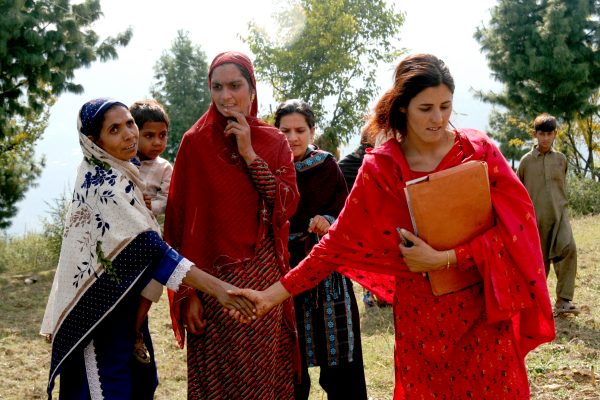 Women’s rights activists have hosted this year’s International Women’s Day in Pakistan already accused of blasphemy and receive murder threats from extremist groups in the country. Following the spread of fake documents, the Pakistani Taliban, also known as the Tehree-e-Taliban Pakistan (TTP), told the organizers of the march that “Fix your way, there are still many young Muslims here who know how to protect Islam and the boundaries set by Allah.”

The spread of fake videos and photos on social media shows that organizers of the insulting Muslim march have also received the attention of the courts of this country. On March 26, a local court in Pakistan ordered the registration of a first information report (FIR) against planners of March for allegedly making “insulting remarks” against Islam.

This happened even after the organizers gave an explanation that the participants had not raised blasphemy slogans and that their materials were edited to defame their movement. Women’s rights presents a miserable picture in Pakistan. In 2020, the country was ranked 151st out of 153 countries in the Global Gender Gap Index.

Events surrounding this year’s Women’s Day parade highlight a worrying trend about how misinformation is used to discredit disadvantaged communities in Pakistan. This has happened in the past for different ethnic groups but now we are seeing similar tactics being used against women as a distinct identity group. “I believe this is very deliberate,” to speak Farieha Aziz, a women’s rights activist on defamation campaign against march organizers. She further noted that “[t]his time took place in a more dangerous aspect, “because of” the assertion that anti-Muslim and blasphemous activities took place “.

However, this is not how a women’s march should be described or propagated in a society where women’s rights have shown a bleak picture. Shenila Khoja-Moolji, a professor of women’s studies told The Diplomat, “The last Aurat March is a women’s effort to claim public space and advance their claims regarding economic fairness. economic, reproductive and environmental, which affects their well-being ”.

Khoja-Moolji notes that “in doing so, the protesters mobilize the meaning of ‘good life’, gender roles and relationships, which creates anxiety in other publics, who seek to control and regulate women. “

However, Khoja-Moolji warns that we should not reduce this to a liberal / Western and Muslim / Eastern group, in the way that people are making blasphemous charges against the Aurat organizers. March is working. “In fact, the requirements for gender equity can be fully aligned with Islamic doctrines on social justice and equality. So what we are seeing in the blasphemy allegations is an Islamic tool to regulate women, ”asserted Khoja-Moolji.

Unfortunately, this year’s events do not mark a turning point in the country’s struggle for women’s rights. Not that there have been no major battles in the past, especially in the Zia ul Haq regime, but the intersection of violent extremist groups, misinformation and social media. , and recent examples of vigilant justice have raised the point of what’s happening today. The struggle in this matter becomes even more complicated when the prime minister of a country proposes Women’s dress is the reason for the increase in rape cases. Last week, Prime Minister Imran Khan in a statement said that the increase in rape cases shows “consequences in any society where vulgarity is increasing”.

If Khan sees women’s dress as the reason for the increase in rape cases, it is not surprising that TTP wants to jump into a similar moral warfare for the support of conservative Pakistani people. While the ideological basis of TTP’s disagreement with the march is not surprising, the team’s decision to explicitly and strongly condemn the movement may signal a change in the area of ​​cognitive interest. their.

“TTP’s threats should ring alarm bells for security agencies. These threats are aimed at creating fear and gaining sympathy from the radicals just to create a barrier for those who want to speak up for women’s rights, ”said Mahnoor Shaikh, an activist for women’s rights told The Diplomat.

As seen, Pakistani women should worry about militant groups like the TTP, the district’s judiciary and their prime minister before they start thinking about claiming their basic human rights.