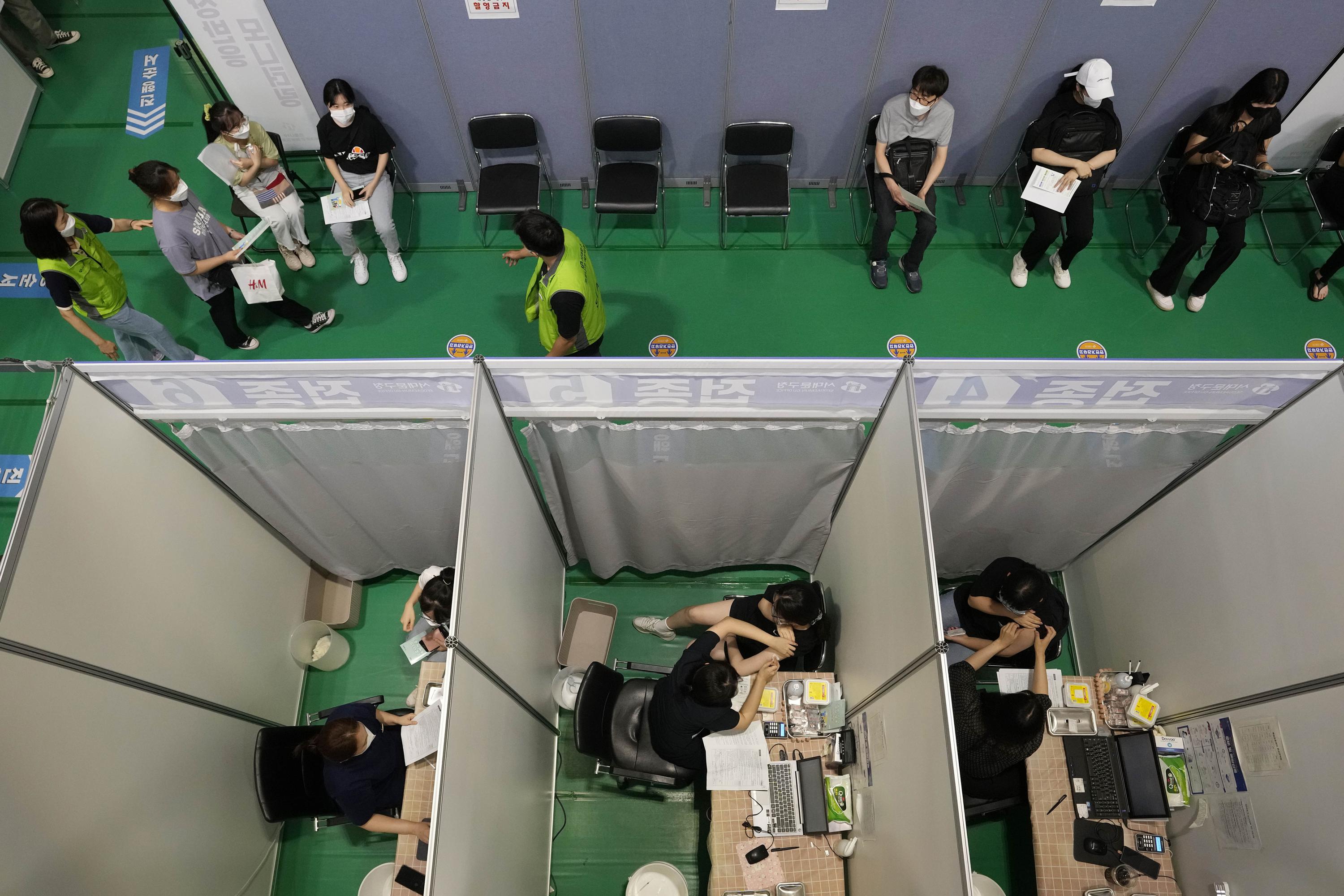 SYDNEY (AP) — Australia’s largest city Sydney will remain in lockdown for another month.

The New South Wales state government announced that the lockdown of the city of 5 million would last at least until Aug. 28, after reporting on Wednesday 177 new infections in the latest 24-hour period. It was the largest daily tally since the cluster was discovered in mid-June.

“I am as upset and frustrated as all of you that we were not able to get the case numbers we would have liked at this point in time but that is the reality,” New South Wales Premier Gladys Berejiklian told reporters.

More than 2,500 people have been infected in a cluster that began when a limousine driver tested positive on June 16 to the contagious delta variant. The driver had been infected by a U.S. aircrew he transported from Sydney airport.

The death toll from the cluster reached 11 on Wednesday with a woman in her 90s dying in a Sydney hospital.

In other news in the Asia-Pacific region:

— South Korea on Wednesday reported a new record 1,896 COVID-19 cases, a day after authorities started enforcing stringent restrictions in areas outside the capital region. Health officials say many cases in the Seoul area have been traced to restaurants, schools, public bathhouses, churches and offices. Outside the capital, clusters have been tied to pubs, karaoke rooms, gyms and offices. South Korea has seen a sudden spike in new infections in the past several weeks amid a slow vaccination rollout, lax public vigilance and the fast spreading delta variant. Health official Sohn Youngrae told a briefing Wednesday the most important objective at this point is lowering the trajectory in the Seoul area by the end of next week and slowing the spread of the virus outside the capital region.

— Drivers seeking to leave eastern China’s Jiangsu province will have to show a negative COVID-19 test taken in the last 48 hours or be forced to turn around, as cases in the province continue to rise. The provincial transport department said 93 checkpoints have been set up along highways in the province, whose capital Nanjing is the epicenter of China’s latest outbreak. Drivers must remain in their vehicles and wear masks while health workers carry out the checks, the notice said. China has frequently used similar containment measures to stop the spread of the virus and has largely eliminated local transmission. The National Health Commission on Wednesday reported another 48 cases in Jiangsu over the past 24 hours, bringing its total to 154 over recent days. Authorities say the virus being transmitted is the highly contagious delta variant. Another seven cases of local transmission were recorded in Sichuan, Liaoning and Yunnan provinces. The virus continues to spread despite China having administered more than 1.5 billion doses of vaccine — exceeding the size of the entire population of 1.4 billion. Questions have already been raised about the efficacy of Chinese vaccines, particularly among the elderly.