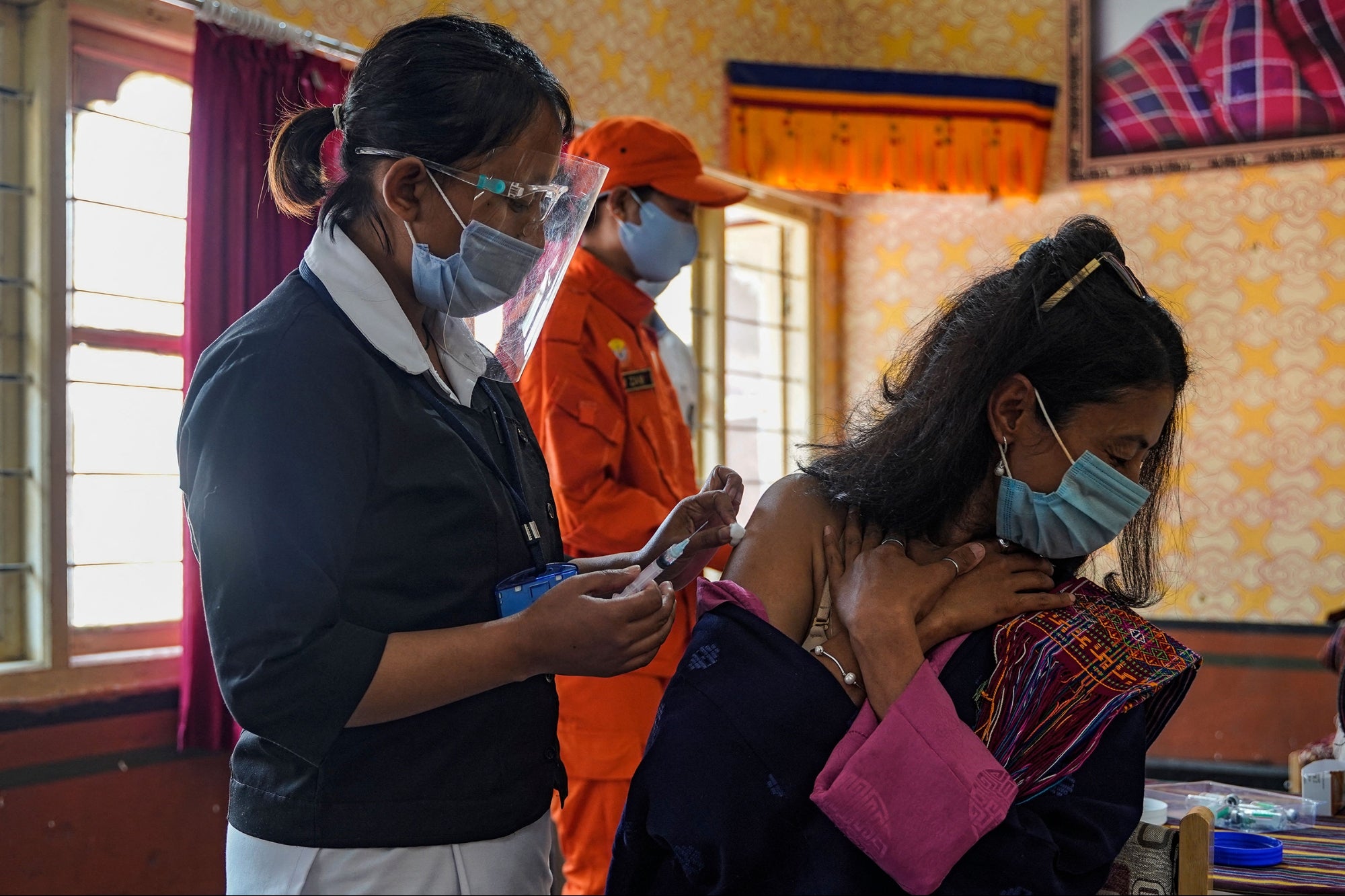 Between India and China, the tiny country Bhutan has vaccinated 93% of its adult population in just over two weeks.

While adults in the United States continue to queue for vaccinationsa country in Asia appears to have been ahead of the curve and vaccinated nearly its entire adult population, according to AP.

In just 16 days, the tiny Buddhist kingdom of Bhutan, located east of the Himalayas and bordering both China and India, vaccinated 93% of adults. The country began its efforts on March 27, and as the AP noted, “The small population has helped Bhutan grow rapidly, but its success is also attributed to its dedicated citizen volunteers. they, called ‘desuups’, and set up cold chains that were used during earlier vaccination drives. “

Related: The Pfizer-BioNTech vaccine is 100% effective in adolescents, the companies claim

Bhutan received its first 150,000 doses of the AstraZeneca vaccine from India but is believed to have waited until the end of March to distribute them. The country is said to have done so in keeping with certain auspicious days in Buddhist astrology.

Since the outbreak of the pandemic, Bhutan has recorded 910 cases of coronavirus infection and one death. So far, about 62% of the country’s 800,000 inhabitants have been vaccinated. Only the tiny Seychelles country has vaccinated a higher proportion of its population. Up to the present time, the East African archipelago consists of 115 islands that have vaccinated 66% of the population.

Share
Facebook
Twitter
Pinterest
WhatsApp
Previous article“Despite Republicans, Big Companies Focus on the Right to Vote; A coalition of 60 law firms has joined business leaders on the need for firms to use their influence to oppose state laws that make voting harder ” .
Next articleAfrican-Americans are killed by police in Minneapolis, curfew after protests. Biden, call for calm – North America