The EU remains ‘helpless’ against acts of violation of press freedom 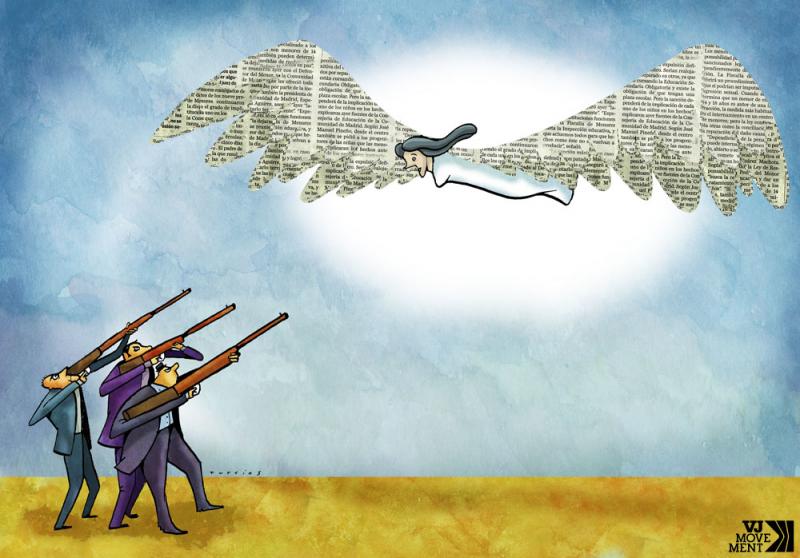 In a year marked by the Covid-19 pandemic and the need for citizens to be better informed of its problems, risks and developments, “a violation of the right to be informed and informed is what evident in some European countries. ” read the RSF press release, whereby some governments, such as Serbia, Kosovo and Hungary, “have tried to limit the impact of information on sensitive audiences including pandemic”.

It’s no surprise that the two countries that stood out for hostile behavior towards the press and journalists in Europe over the past year were Belarus and Hungary.

“With censorship, mass arrests, harassment, violence, journalists working for independent media were specifically targeted by the police following the fraudulent presidential election on September 9. August 2020 ” write RSF about BelarusWhere “Arrested while reporting on the protests or preventing them from reporting on the protests, journalists were initially sentenced to short” administrative “sentences on fake grounds. that began criminal charges against them, with fines of several years in prison and conducting fake trials led by politically pliable judges. “

In HungaryPrime Minister Viktor Orbán “succeeded in transforming his country into a truly European paradigm of opposition to press freedom,” the RSF wrote. For the Paris-based NGO, the Viktor Orbán’s regime repeatedly “censors independent media like the Index website”, ever since. Nearly all journalists have resigned after it was taken over by the prime minister’s allies and Klubrádio, a radio station took over remove its broadcast frequency with small administrative reasons. ”

In the face of these abuses, the European Union “seems powerless”, the RSF regrets: “The sanctioning procedure against Hungary for violating the rule of law has not progressed and a new mechanism has been created, which makes it possible to continue with Access to EU funding is conditional to respect the rule of law that does not take into account freedom of the press. “