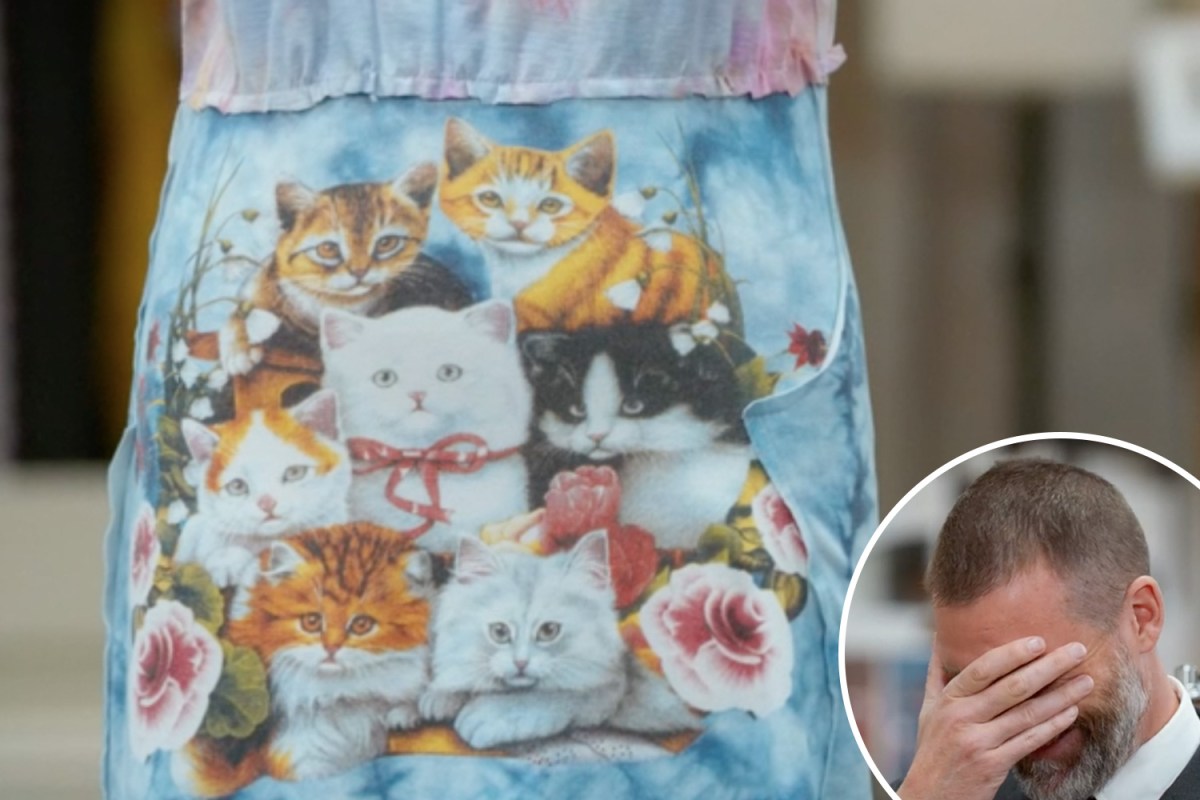 Seventh series of BBC broadcasts appeared on our screens last night – and one of the contestants’ works left judges Patrick Grant and Esme Young utterly astonished.

During the first week, for one of the challenges, the sewers were asked to turn a t-shirt into absolutely anything they wanted.

So cat lover Jean decided to turn it into a dress with the picture of her favorite animal printed.

When Patrick took a close look at the new outfit on display on the mannequin, he couldn’t help but point out the special location of the cats.

He chuckled: “Roses and roses, in a somewhat odd position …”

What time can I see your voice on TV and how can I watch it?

Emse agreed and smiled back: “I know!”

Patrick exclaimed: “Who chose to put the kids in front? I don’t know what to say.”

The judges weren’t the only ones who found it hilarious as host Joe Lycett also chuckled to himself.

One second said, “And breathe. #SewingBee has returned to make things all right. #Greatbritishsewingbee.”

The third added: “Excerpt du jour” who chose to put pussy in front! “My God, I miss you # amazing # Patrick @joelycett @BBC.”

The fourth part added: “Patrick repeatedly said ‘who put the pussy there’ on #greatbritishsewingbee was not what I expected.”

Candidates must draw a pattern, alternate and perform a measurement challenge every week.

But each episode saw one person get sent home after they failed to impress the judges.

Watch the next episode of The Great British Sewing Bee next Wednesday on BBC One at 9pm.