The failure of Texas, with Beto O’Rourke 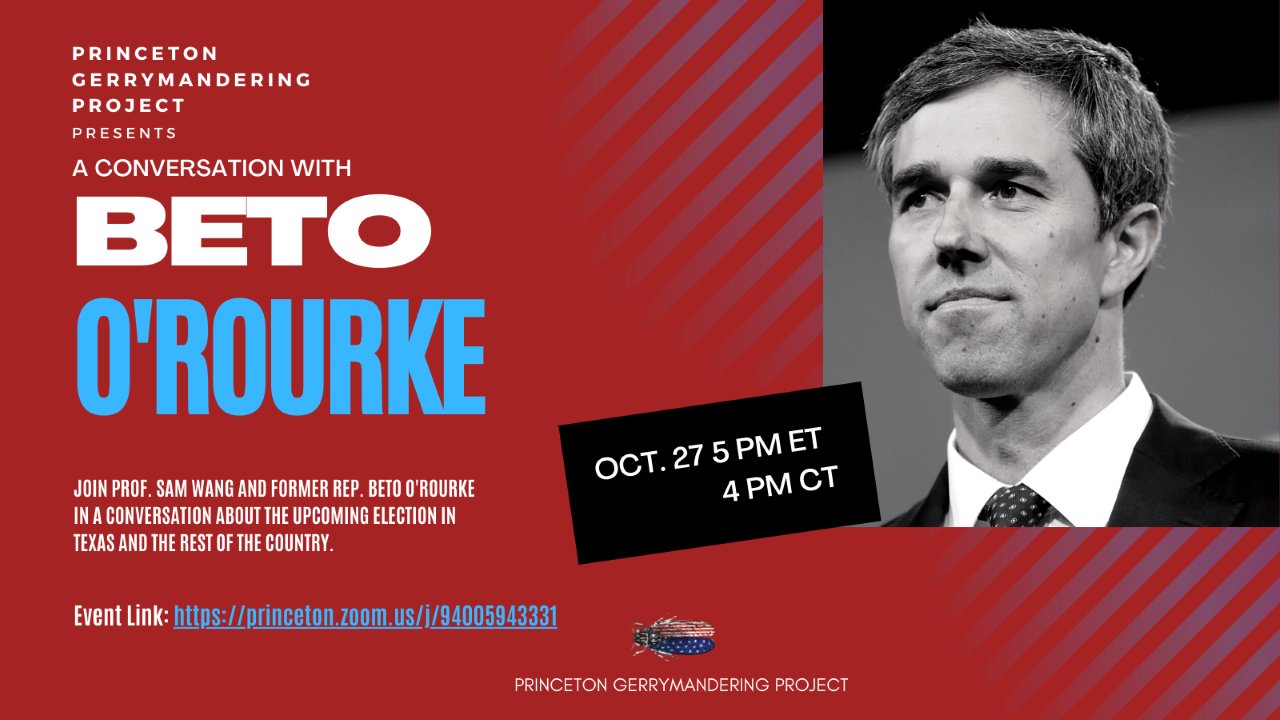 The failure of Texas, with Beto O’Rourke

Join us at 5pm Eastern Tuesday to chat with former Rep. Beto O’Rourke (D-TX)! In particular, we will discuss the Loneliness Star State, as in last year O’Rourke focused on efforts home to Texas.

After our conversation with O’Rourke, we’ll talk about tools being developed here at Princeton to empower citizens to have fair representation. Moneyball redistribution before the election, and Representative.org after the election. We will be joined by Dave Daley!

At PEC, we noted the importance of Texas State Building for redistricting next year in Moneyball model. In fact, we find that no state has more redistricting voter power than Texas.

After reallocation in 2021, Texas likely will get 3 seats of parliament, bringing the total to 39 (the second most nationwide.) If Democrats can win 9 seats in the House of Representatives, they can stop a Republican gerrymander. It is not an exaggeration to say that many parliamentary seats are lined up.

You can respond to the event here. And watch it live on our Facebook here.