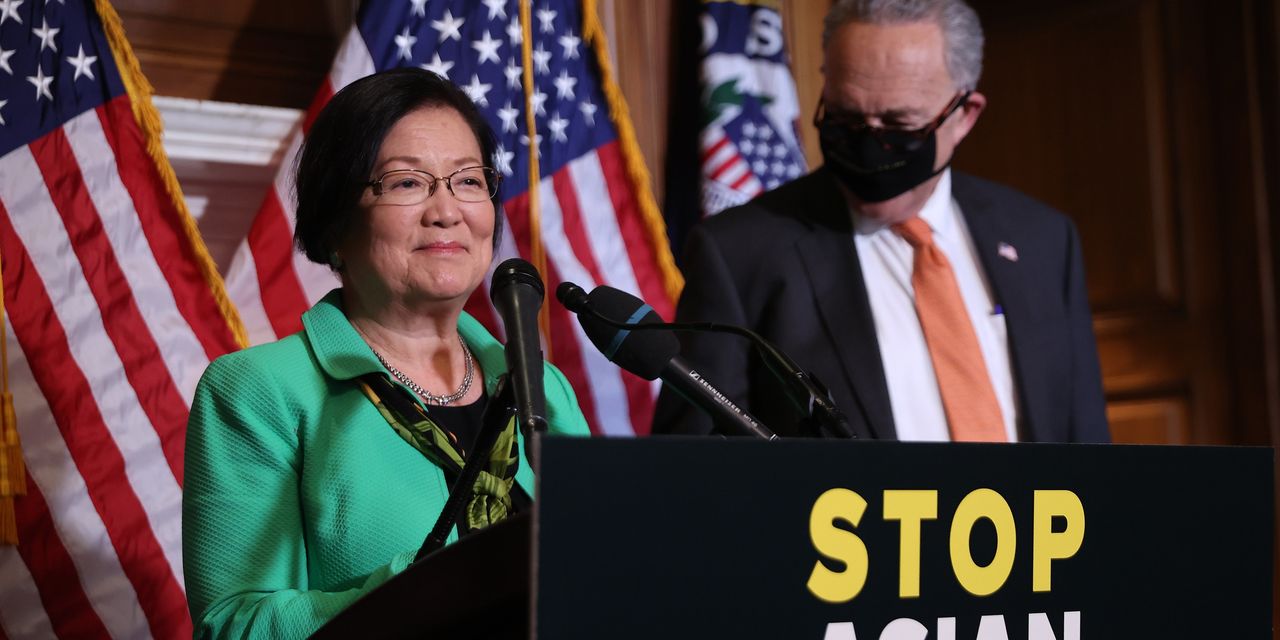 The Senate passed a bill on Thursday to improve tracking of federal hate crimes following a series of well-known attacks against Asian Americans linked to the coronavirus pandemic.

The vote, 94-1, comes after a few days of bargaining between Democrats and Republicans over the amendments and paving the way for House action, where a bill has yet to be put in place.

The Senate bill, sponsored by Hawaii Democrat Sen. Mazie Hirono, would require the Justice Department to quickly appoint a monitor and expedite the review of federal reports of hostile crimes. and prosecute them. It will also allow the attorney general to grant state and local law enforcement to better track such crimes.

The bill’s fate was questioned earlier this week as Democrats and Republicans haggled behind the scenes over whether the amendments would be allowed to look. But the path to the final vote, where only Josh Hawley of the Missouri Republican Party voted against, could have been smoothed out by removing the language in the bill defining the “hate crime COVID-19”. “.

In the original bill, “hate crime COVID-19” was defined as violent crime motivated by “race, ethnicity, age, color, religion, national origin, predisposition sex, gender, gender identity or disability of any person; and the actual or perceived relationship to the spread of COVID-19 by any person due to this characteristic, ”a definition that appears to include recent well-known attacks against Asians.

The bill, when passed, removed that language and cites only a pre-existing definition of hate crime in federal law. Language to expand hostile crime reporting and funding to boost reporting comes from a separate bill introduced in early April.

Asked if the law has gone far enough, Schumer said, “I believe this will significantly increase prosecution against people who have perpetrated anti-Asian violence” by the Justice Department recently. concentration.

The next bill will go to the House of Representatives, where its counterpart, sponsored by Rep. Grace Meng, a New York Democrat, has yet to see a floor vote. Meng in a statement said she expected her bill to come out in May, during Asian American Heritage Month.

“We all have heard sick stories and watched horrifying videos of Asian Americans being beaten, slashed and spat. Today, the Senate says ‘enough is enough,’ and clearly emphasizes that there is no room for hatred anywhere in our society, ”she said.