The love of the West fueled the Khalistani movement 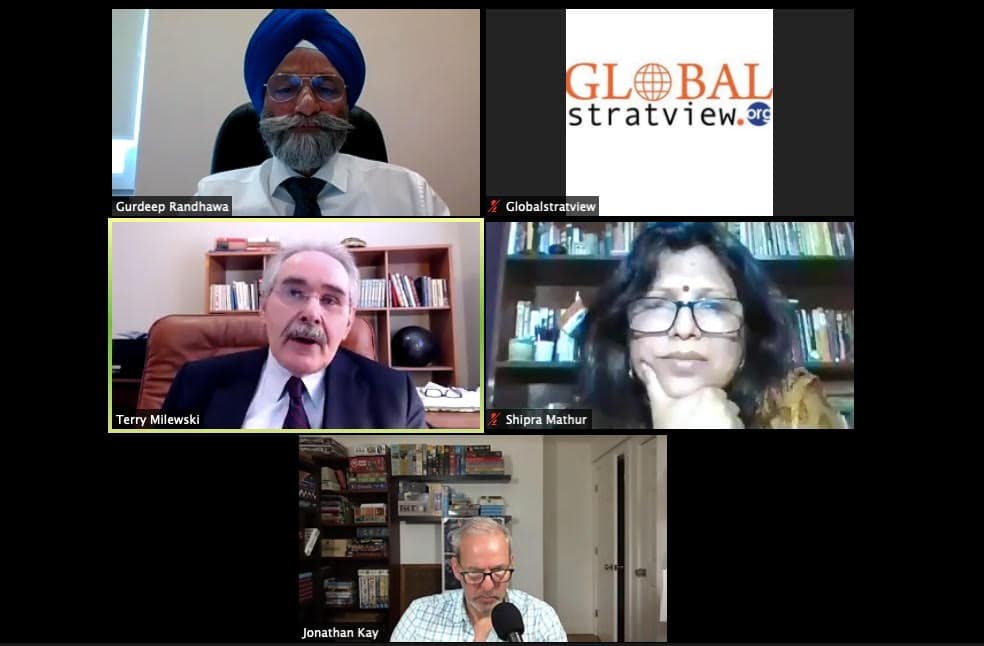 Are Khalistani’s allies in the West complicit in promoting separatism in India? Virtual consulting organization Global Stratview addressed this question with a roundtable discussion on March 27, moderated by Jonathan Kay, senior editor of Quillette Magazine.

Panel member Gurdeep Randhawa, ruling party CDU member Angela Merkel and commissioner in the German district of Wachsenburg; Shipra Mathur, Indian journalist and founding editor of penliteracy.com; and Terry Milewski, retired senior correspondent for CBC News and author of the Macdonald-Laurier Institute report “Khalistan: A project of Pakistan,” looked at the basics of the Khalistani movement, one that doesn’t have much traction on the global media front.

Mathur points out that the farmer protests in India last November were the catalyst behind the latest rise of the Khalistani movement. The Khalistanis, essentially a Sikh separatist group, used grower dissatisfaction with the government’s decision to enact three agricultural laws: the Agricultural Production and Trade Act. , 2020: will allow farmers to sell goods outside of the Agricultural Product Marketing Commission. ; Farmers Agreement on Price Assurance and Farm Services Act, 2020: support for contract farming will allow authorized farmers and buyers to formulate agreements before production begins; Essential Commodities Act, 2020: Many commodities including potatoes, onions and oilseeds are removed from the list of essential goods, ending mandatory holding limits unless out of the ordinary.

Mathur was quick to claim that Khalistanis used the demonstrations to draw attention to their purpose. “Indian security indicates that it is a modularly designed counterterrorism strategy,” she said and added, “The farmer protests have become an easy target for Khalistanis with Huge population is mostly Punjabi. So this is how they get the attention of the global community, and there is very clear evidence that a lot of money has been transferred to the Khalistani network in Canada and the UK ”

The story in Canada is that the Khalistani movement became extremely popular among the Sikh community in the 1980s and 1990s, but it is less common today. Kay notes that the integration of Sikhism and its moderate influences are not the same as the mass movement Canada witnessed 20 to 30 years ago. Mathur agreed, saying, “Absolutely, Khalistanis have lost their place.”

However, the militia cross-border activity is quite solid. Mathur explained that Khalistanis found a lot of support from Pakistan, which has helped the movement run an office ever since.

There was a turning point for this movement, Randhawa said, that it took advantage of social media to approach a problem that was not properly addressed internally. According to the German politician, “Dialogue will only solve the problem. The West does not have much experience with Khalistanis. This is a problem that will only be resolved within India, not outside of the country. As an outsider, we can only suggest things that may help. Sikhs will be loyal to their country, but must keep their promises. “

Contrary to what the movement hopes to achieve globally, the Khalistanis do not have a strong presence in the Punjab, where 75 percent of the world’s Sikhs live.

Milewski mentioned two main factors influencing Western support for this movement. Western politicians helping the Khalistanis by pampering them in the end didn’t help much because at the first sign of trouble, they ran in a different direction. For example, if the government asks questions, politicians will be quick to say that they support a unified India. “It’s a farce,” said Milewski. “It’s about the people trying to win votes for domestic politics, those who wander with Khalistani, who think they speak to all Sikhs when they don’t support it.”

Pandering has taken place in Canada and the UK, and to a lesser extent Germany. “But the reason is that politicians don’t know what they’re talking about,” said the former CBC News reporter.

Kay mentioned how Canadian politicians, especially in British Columbia, participate in events that honor individuals known for their criminal activity. A case in point is the celebration of Talwinder Singh Parmar, whom some in the community consider martyrs. Although Parmar was acquitted of all allegations on June 23, 1985, the bombing of Air India Flight 182 en route to New Delhi from Montreal, an investment committee for the attack concluded that Parmar ” is said to be “the mastermind behind the deadly event.”

Kay noted that the media were not paying attention to it, as opposed to what it would do if Osama Bin Laden’s face was posted on posters everywhere. And no Canadian politician has refused to participate in an event honoring Parmar in Surrey, BC

As for what’s going on in the Punjabi region, Mathur said the political leaders are not interested in the perpetrators, who use the social media to propagate their beliefs and get support from the participants. engaged in criminal activities. But the local media didn’t actually cover it.

Does racism have a place in what’s currently happening? Randhawa said, “The Sikhs believe we have a race, we are all brothers and sisters.”

But Milewski, when asked about the Canadian landscape, said, “The Sikhs of Khalistani have convinced politicians that they are the true voice of the Sikhs. Fine, fine, not too subtle racism is happening as white politicians prejudice all Sikhs as separatists. So if you’re anti-separatist, you’re racist! “

Kay added that white politicians and journalists think that the more you are a militia, the angrier you are, the more culturally and politically authentic you are.

The panelists also mentioned Jagmeet Singh, leader of the Canadian left-wing NDP, who was previously elusive when answering questions about the Air India bombing.

Milewski, who says he has no sympathy for these politicians, said, “They are [the politicians] goes on a fine line because it’s based on the illusion that they must attract warriors or Khalistanis. You don’t have to bow down to Khalistanis to be voted in Canada ”.

The panelists agreed that education and communication are key if peace and harmony will come. Policies, transparency, and technology help educate society, Mathur explains. “We cannot continue with the violence and the seeds have been sown into our brains. The Khalistani movement is gone, and it has resurfaced. “She went on to say that the Indians work in the vaults and have to take care of the problems and work together if things are to be resolved.