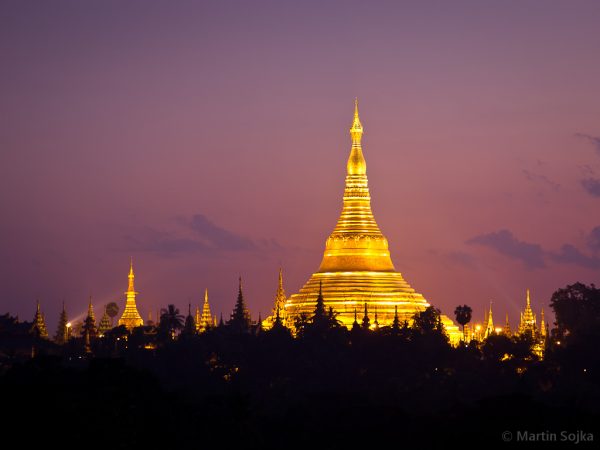 It has been more than two months since the Myanmar army staged a coup and eliminated the National League’s elected government for Democracy, but the military government, officially known as the State Administrative Council. (SAC), has yet to return the country to normal. Anti-coup and anti-military protests take place every day across the country, and demands for a federal democratic constitution and a new army to overthrow the government are growing larger and more tightly coordinated. tighter each day.

On the other hand, the coup of the coup continued to persecute the nation, by brutally shooting protesters in cities and nearly daily airstrikes against villagers in Karen and the states. The Military Council that currently terror has not yet collapsed, but it is failing miserably in establishing its legitimacy and jurisdiction.

On the media front, even when the military coup council revoked broadcast permits of private media organizations including Mizzima and the Voice of Burma, it lost accessibility and photos. to the public through its TV channels, since publicity. turn to social media and shortwave radio to gather information from domestic and international sources. The public does not trust any SAC controlled media. It has also been excluded from various social media platforms because of its lies and propaganda.

Over the past two months, the military has issued command after command with no real effect; Banks have not yet opened and shops and schools are closed. The SAC appears isolated in Naypyidaw; There was no operational management and administration, and the sole military agency took action.

Desperate, the SAC used violence to ensure compliance with its orders. For example, it has begun threatening to arrest banks’ executives if they don’t reopen Threats of layoffs have also been put in place against officials who refuse to return to work. . The government ordered railway workers to strike out of their public housing complexes. These are all signs of despair and lack of escape in difficult circumstances.

The military, or Tatmadaw, is the only organization in the country with the formal privilege of carrying weapons. Its job is to protect, not bully and terrorize people. Instead, the military attacked the country’s politics and brutally punished citizens who refused to accept their attempts to rule by force. The generals are now called “terrorists” by the people of Myanmar. The trust between the army and the people, which has never been strong enough, has now been completely shattered and can not be redeemed. It lacked any degree of legitimacy and by committing mass atrocities against the people, the generals further delegated themselves. At this point, the army can no longer be repurchased. It must be completely dismantled, otherwise it will be destroyed. All training facilities in existing facilities must be overhauled or rebuilt. It needs a new spirit, a new life and a new identity.

With determination, the ordinary citizens of the country, especially the young – or Generation Z, as many today call it – continue to return to the streets, not surrendering to unjust orders. of the military. Through a decade of increasing openness and freedom, these young people were carried out with a military dictatorship; many people are willing to sacrifice their lives for the country’s future. Despite the brutal deaths of nearly 600 peaceful protesters since the coup, it seems the crisis is not over yet. As long as they are willing to disobey unjust laws, the military regime’s attempts to rule by force will be fruitless.

Meanwhile, the Pyidaungsu Hluttaw Representative Committee (CRPH), formed by elected congressmen, announced the abolition of the 2008 Constitution drafted by the military and released the Federal Democratic Charter including The two parts cover a political roadmap and outline key principles for application. The constitution will be based on. The charter also includes a chapter on “the creation of a new federal army,” which peoples have been calling for over the past 70 years to replace the abusive Tatmadaw with a diversified security force under his coat of arms of the people. In addition, the CRPH says that a new National Unification Government, which will hope to be more diverse and inclusive, will be announced in early April. These are all encouraging developments that Myanmar people sincerely welcome, and hope that the international community, most importantly the governments of neighboring countries, will do the same in the quest. federalism and democracy of the people of Myanmar.

It is difficult to say when the rulers are down, but it is sure to fail on all fronts. With the new level of political awareness in the new generation of different countries and the recently announced Federal Democracy Charter, one can only hope that the Burmese people will be able to redeem themselves. restore democracy and lead the way to a new dawn for a country that will endure long.