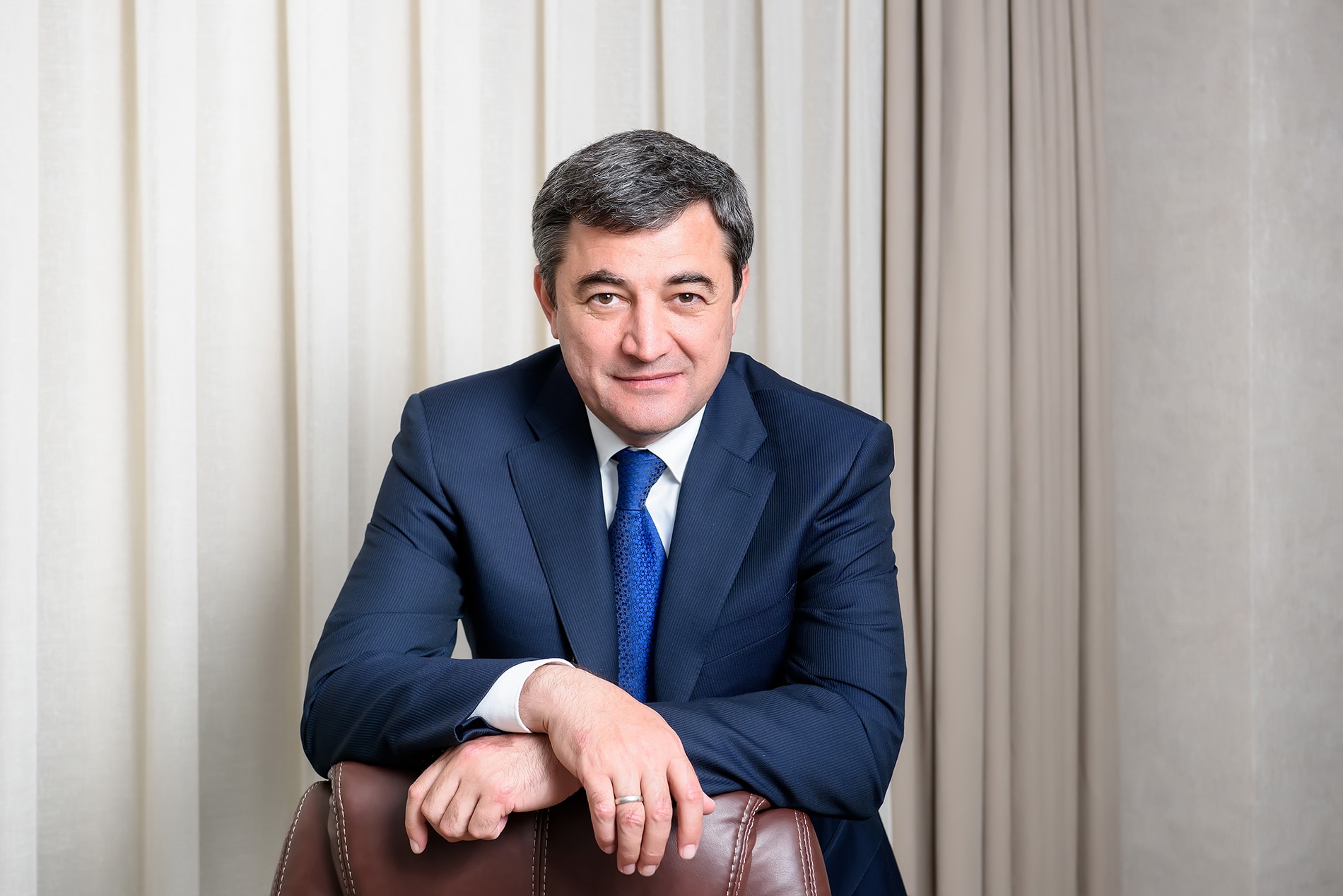 “Our country, our government and Uzbekistan’s Ministry of Energy take the issues of low carbon energy strategy, climate change and carbon emission reduction very seriously. According to the recommendation of the United Nations Convention on Climate Change, the Uzbekistan government is committed to improving energy efficiency and increasing the share of renewable energy sources in the country’s energy structure ”, Mr. Sultanov to speak.

He reminded that the Uzbekistani Energy Ministry, along with the European Bank for Reconstruction and Development (EBRD) and the international consulting firm Mott MacDonald, are implementing a comprehensive carbon reduction strategy for Uzbekistan.

“We are aware that the current energy production system in Uzbekistan needs to be modernized because it has significant potential for improvement and is heavily dependent on natural gas,” said Sultanov, explaining that once it is This strategy will help move towards low carbon energy production forms, as well as respond to rapidly growing energy demand.

He stressed that Uzbekistan is determined to develop alternative energy sources, including solar, hydro and wind, to generate electricity with low carbon emissions. “It is true that we have only just begun this journey, and for our professionals, professionals and people in general, this is an interesting and important area where they deepen their knowledge. mine. We look at the best international examples – Germany, China, Spain – and I am confident that sharing this experience will help us successfully shape our own path and engage international investment in this sector ”, said the energy minister of Uzbekistan.

“We recently approved a 10-year electricity plan for Uzbekistan, developed in partnership with the Asian Development Bank and the World Bank. By 2030, this will lead to the creation of additional energy capacity, including 5 GW of solar power, 1.9 GW of hydroelectricity and a maximum of 3 GW of wind power, ”said Sultanov.

According to the Energy Minister, by 2030, Uzbekistan aims to reduce greenhouse gas emissions by 10% compared to 2010 levels, achieving a double increase in energy efficiency indicators and a decrease in carbon intensity in GDP, further development of renewable energy sources with an increase of more than 25% of total electricity production, diversifying energy consumption and developing the use of renewable energy sources, and continuing efforts to minimize impacts of climate change, improving resource use efficiency, conserving natural ecosystems and building mechanisms to financially and non-financially support a green economy.

Sultanov notes that priority areas include carrying out activities in different sectors of the economy, including electricity, heat, oil and gas, renewable energy sources, construction, and information and more.

Recently, with the support of the World Bank Group, the Abu Dhabi Future Energy Company (Masdar) and the Government of Uzbekistan, a project was launched to build the country’s first solar photovoltaic plant. This is with a capacity of 100 megawatts, Mr. Sultanov added. The plant’s 300,000 photovoltaic panels, on a 268-hectare plot 35 kilometers east of Navoi, are expected to start supplying electricity directly to the national grid later this year. It will generate 260 GWh / year of solar power, enough to power more than 31,000 homes and prevent 156,000 tons of greenhouse gas emissions annually.

The potential for renewable energy (RES) resources in Uzbekistan is enormous. “We have a lot of sunshine and wind and are determined to develop these directions. Our mission is to expertly and efficiently utilize all types of renewable energy sources. As mentioned earlier, the government has set a target to increase the share of renewables in total electricity production by 25% by 2030 and we are moving in this direction, ”said the Uzbekistan Energy Minister. with New Europe, note that many projects for the construction of solar and wind power plants are underway with the support of the World Bank, Asian Development Bank, EBRD and direct investment. foreign reception on a competitive basis. IFC is also hired as the lead consultant to help structure and bid on solar projects. “Within 10 years, we plan to build solar parks with a total capacity of 5,000 MW and wind farms with a total capacity of 3,000 MW.

In addition, the Solar Energy Institute has been operating successfully in Uzbekistan for several years now and the “roadmap” for the development of solar energy has been approved, Sultanov said.

In addition, in 2020, as part of the Scaling Solar II program, a tender was announced to build two photovoltaic stations with a capacity of 200 MW each – in the Samarkand and Jizzakh regions of Uzbekistan. “Dozens of companies have entered the bidding, which shows the growing interest of investors in these projects, which means that we are confident that our plans will be perform. By the end of 2021, two 100 MW photovoltaic (solar) power plants each will be put into operation, ”he said.

Asked if Uzbekistan depends on neighboring Central Asian countries and Russia for their energy needs, Mr. Sultanov said: “We believe that Uzbekistan is capable of ensuring stable energy security. It is rich in gas, has oil reserves and great potential for developing clean energy sources. But very few countries can boast of complete energy independence, and we don’t belong to them yet. Today, we maintain mutually beneficial commercial relationships in the energy sector with our closest neighbors in Central Asia, as well as with Russia and China. The specific nature of these relationships changes according to circumstances and is reviewed annually to reflect our current needs ”.

When asked if gas still plays an important role in the country’s energy balance, the Uzbekistan Energy Minister said: “Yes, natural gas provides more than 80% of the main energy needs. of the country. But we are actively working towards diversifying energy supplies. In the next 5 years, as we move to modernize the grid, the power loss during transmission and distribution will be significantly reduced. We also plan to reduce natural gas consumption for energy production from 16.5 to 12.1 billion cubic meters by 2030 and use domestically produced gas to convert into polymer products, i.e. goods with high added value for the purpose of further export ”.

Uzbekistan is currently undergoing a major transformation and privatization program involving the sale of 60 major industrial enterprises, and the sale of stakes in more than 400 state-owned companies can be expected in the near future, he said. to speak.

“Of course, the state cannot leave the energy sector completely unregulated, but building transparent and business relationships between the state and the private sector is one of our most important tasks. . Today, there is a favorable situation for the expansion of market relations in the energy sector of Uzbekistan, ”said Sultanov.

“Any serious reform starts with defining and unifying their fundamentals, and with the help of international consultants this process is underway. We are on the way to creating a free energy market, ”he said, adding that the separation of state monopolies is just the beginning. The changes in the regulatory framework have already begun, along with further financial reforms, he said, noting that this will help create clear and transparent rules in the sector.

“I think we are in a good position to execute our energy plans. Uzbekistan has provided a good opportunity for oil exploration, development and refining projects, ”said Mr. Sultanov, adding,“ Uzbekistan provides all the necessary conditions for foreign investors when they decide. plan to invest in our country ”.