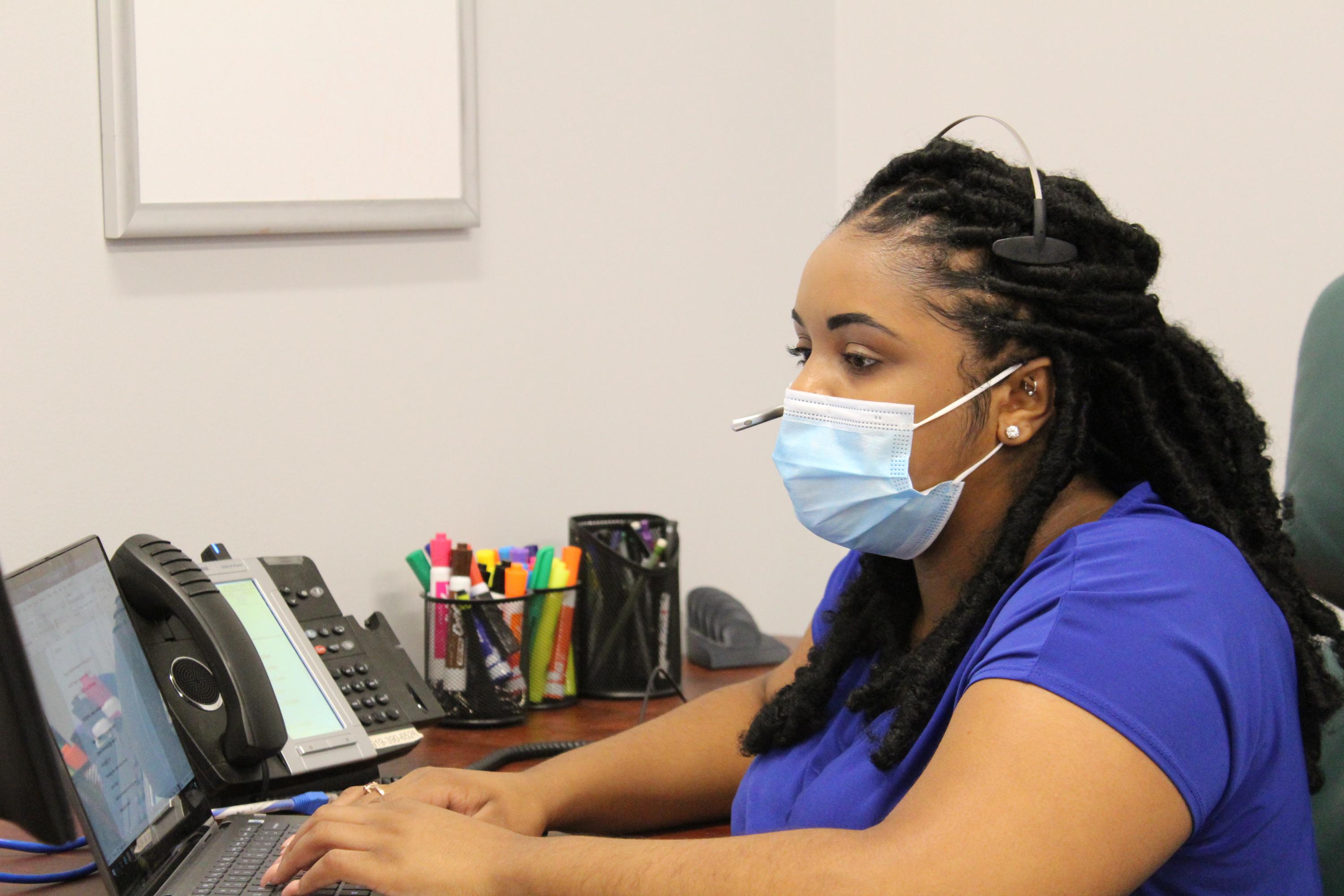 RALEIGH, N.C. (AP) — It wasn’t long after Iliana Diaz began her first day in person at Legal Aid’s Raleigh office that she and others were hit by a tsunami of phone calls.

Seated and masked in a small room on Monday, Diaz was among the five call center workers frantically trying to do the unachievable: respond to all the messages that had come in from low-income North Carolinians facing the threat of eviction after the federal eviction moratorium expired over the weekend.

The bilingual intake specialist who joined Legal Aid of North Carolina has seen a sharp rise in recent call volume and is motivated to help as many people as she can.

For many struggling renters who have received eviction notices, Legal Aid can be the last line of defense. Depending on how much money they make, the law firm will connect them with a free attorney, another agency or share information on rental assistance programs.

North Carolina’s Housing Opportunities and Prevention of Evictions (HOPE) program offers rent and utility assistance to low-income renters in 88 of the smallest counties in the state. Twelve larger counties are managing their own programs.

The state has set aside roughly $1.3 billion to help tenants cover their housing and utility costs, with nearly $1 billion going to the HOPE program and $300 million to the 12 larger counties.

North Carolina estimates it has awarded a total of more than $305 million to 81,039 different households that qualify for the HOPE program. The 12 counties overseeing their own programs have expended approximately $64 million, according to state officials.

On a typical Monday, the Legal Aid intake staff of a dozen, including five people working in person at the firm’s Raleigh office, will receive about 1,500 calls. Of those, the office will put about 500 in its system. The workers will be lucky if they can respond to half of that.

“I’m not sure we do meet the need. We just do what we can,” said James Tackett, the intake supervisor for Legal Aid who assigns cases to attorneys and ensures the phone lines are active.

Pandemic-induced job loss, a COVID-19 surge fueled by the delta variant and a lack of awareness of state and local rental assistance programs are creating extra cause for concern.

But fears of mass evictions after the moratorium’s lapse have gone unrealized thus far in some North Carolina communities.

Sgt. David Ruppe hardly noticed the end of the federal eviction moratorium as he knocked on a weathered mobile home door in Cleveland County, a rural community an hour west of Charlotte.

“We haven’t seen much of a difference at all,” Ruppe said. “We would still have evictions issued from the court and we would still serve them as if it happened pre-COVID.”

He said the sheriff’s office previously served two to three evictions a day, but that number has dropped to two to three a week. He attributes the decline to landlords’ reluctance to file eviction paperwork amid the pandemic, though he expects it will eventually pick up.

On Monday morning, he explained to one woman three months behind on rent that her landlord had started the eviction process. When the woman told Ruppe that she had paid the back rent, he responded that she would need to bring proof of payment to her upcoming Aug. 9 court date.

According to the most recent U.S. Census Bureau Household Pulse Survey, about 1 in 13 North Carolina tenants have no confidence they’ll be able to make next month’s rent. Survey data shows 30% of respondents believe it is at least somewhat likely that they will be evicted within two months.

Anderson is a corps member for the Associated Press/Report for America Statehouse News Initiative. Report for America is a nonprofit national service program that places journalists in local newsrooms to report on undercovered issues.