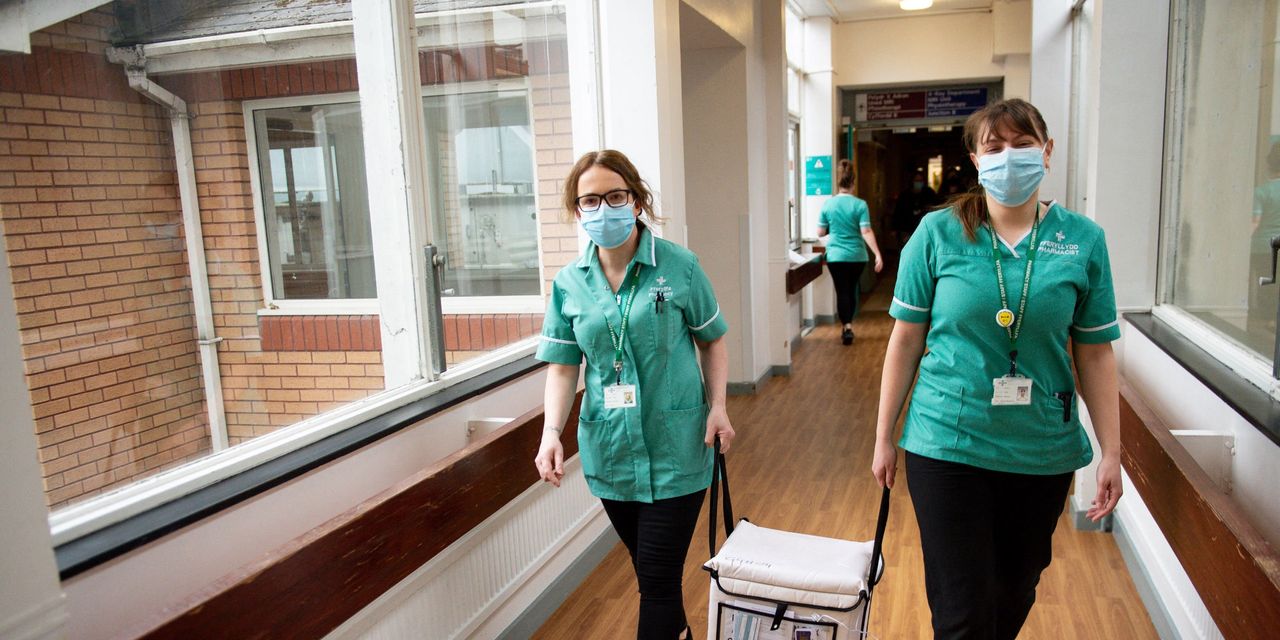 The COVID-19 vaccine will begin use in the UK from Tuesday, providing an alternative to AstraZeneca
AZN,

vaccine for people under 30 years old.

Both the European and UK pharmaceutical regulators say that the benefits of the AstraZeneca vaccine outweigh the risks to “the vast majority” of everyone, and no age limit is recommended for the shot.

Shares of AstraZeneca traded 0.78% lower in London on Tuesday morning.

The launch of the Moderna vaccine will help accelerate the UK’s vaccination program, which has already surpassed progress after meeting its goal on Monday to deliver the first COVID-19 vaccine to all. over 50 years old on April 15.

Read: Europe’s vaccine disaster continues to happen as Spain and Italy stop using AstraZeneca injections for people under the age of 60.

and US pharmaceutical company Pfizer
PFE,
.

This includes more than seven million second doses – with a record number of 475,230 injected on Saturday – leaving the government on track to deliver the first vaccine to all adults by July 31.

Read: The UK is set to partially reopen upon easy locking restrictions

This news will create a significant impetus for Prime Minister Boris Johnson’s plan to get the country out of a third stalemate by opening parts of the economy. On Mondays, shops, hair salons and outdoor receptions reopened in the UK and the holiday abroad can continue from May 17, subject to the success of immunization program.

Read: The CDC offers travel advice to Americans who have been vaccinated – but stops at saying that you can get on a plane.

– wrote to Johnson, calling for travel between the US and UK starting May 17th. “Economic recovery is not possible without aviation and we are confident that we have the tools to safely and effectively restart air travel in May, ”they wrote in a letter published in Sun newspapers.

When the unnecessary foreign travel ban was lifted, the government said it would be replaced with a risk-based measure, three-storey traffic light system to categorize countries for international travel to and from the UK.