What if we put local banks at the heart of Europe’s sustainable growth? 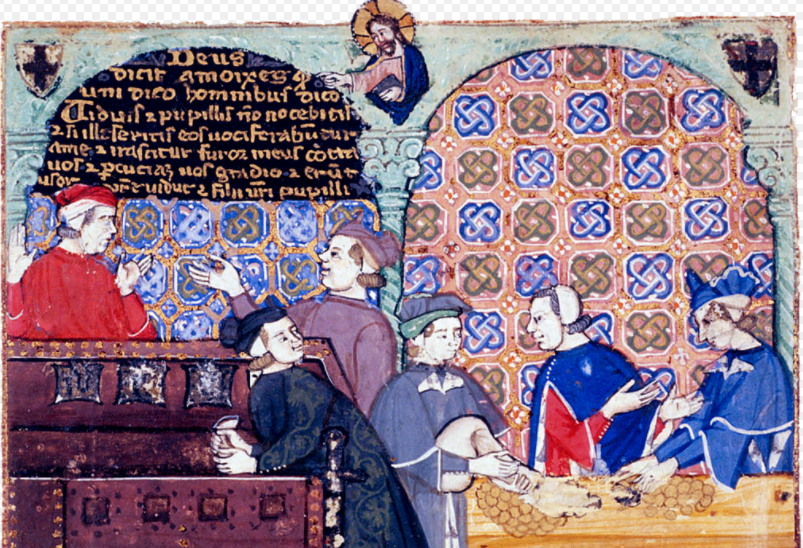 According to the European CommissionSMEs represent 99% of all businesses in the EU, employ around 100 million people and account for more than half of Europe’s GDP. Across Europe, local banks play a key role in financing SMEs – or SMEs – which, in turn, are the main driver of regional development. What if we put local banks at the center of Europe’s sustained growth? This is the central question of episode 1 season 2 of the European Democracy Institute’s European Democracy Laboratory podcast (podcasts are available in English, French, and German).

The problem of information asymmetry

Compared to larger companies, SMEs can adapt quickly to changing economic conditions. However, getting a loan can become a real challenge. And this has to do with a particular problem called in the economic literature asymmetric information.

Bernhard Herz, professor of Economics at Bayreuth University, Germany, explains this concept: “Granting a bank loan is something very difficult. The problem is that a creditor and a debtor have different information at hand. Those who are in need of a loan know well the investment project. But on the contrary, a bank has only limited knowledge and needs to understand whether the project is of value or not ”.

So how can small businesses compete? This is where local banks come in. Professor Herz is the co-author of a research paper published by the European Institute of Democracy titled “Co-op Banks and Municipal Savings Banks: What effects do local banks have on SMEs?“. This study shows that local banks play a key role in the sustainable development of the region in Europe and are in a better position to tackle the “information asymmetry problem” when doing business. The business that requires a loan is a small and medium business.

“When SMEs and regional banks are geographically close together, banks can easily determine how a given SME is structured, how well its business operations are, and thus , its investments. Sometimes knowledge stems from personal relationships. As a result, the bank can assess the safety of a loan. Credit is given earlier and risk is lower ”.

However, major financial institutions also seem to have embraced local aspects, by establishing a network of regional branches spanning European nations. Why is it so important to be just a local bank? According to Professor Herz, “the entire loan issuance process is focused on regional administrative structures that are far from local reality. Decisions are made in the headquarters. All is a question of corporate governance. And so, we are going back to the difficulties faced by small and medium enterprises ”.

An example of a cooperative bank

Laboral Kutxa, a Basque man Credit union located in Mondragón, is a clear example of how local and cooperative banking models can play an important role in the development of a given European region. Susanna Andres, commercial director of Laboral Kutxa, explains the fundamentals of the banking business in the region: “We have a very prominent role in the family business, freelance translators and small companies. And we can say that our cooperative banking is a benchmark in the financial world of our environment and therefore our relevant agent in the development of our territory.

Laboral Kutxa’s history stems from the Basque cooperative movement, which began in 1955 by visionary young priest José María Arizmendiarrieta and based on the idea of ​​workers’ democracy. This soon led to the establishment of the first collaborative financial institution, Caja Laboral, to serve the needs of families and small businesses. With a workforce of two thousand, more than one million hundred customers and more than two hundred and eighty-five branch offices, its business philosophy is all about deep and wide understanding of the local territory. .

Despite playing a pivotal role in regional economic growth, according to Susanna Andres, there is insufficient recognition of the role played by local cooperative credit institutions and “the mainstream of opinion drives pushes banking concentration with larger units, with the argument for more robustness and efficiency ”. Above all, she argues, “a special management and oversight capacity has been developed, requiring entities to have a large amount of resources to respond, leading to a disproportionate burden on the small units like credit cooperatives “.

Another model for the European Banking Union

Over the past few years, the establishment of the European Banking Union has been widely welcomed as a major step forward in the European integration process. The European Banking Union has put in place a number of internal structural and regulatory requirements that local banks also need to fulfill. Although later developments were aimed at addressing the risks posed by financial institutions ‘too big to fail’, they also limited the freedom of organizations like the Laboral Cutxa.

Susanna Andres argues that “local specificities have not been taken into account. There is a tendency to regulate more and more financial activities and with a higher degree of complexity leading to inadequate compliance costs for our units of size. It is true that the European regulations handle the corresponding criteria, but in many cases, when it comes into reality and the everyday life of the entities, it is not enough to adapt to the realities of realities. smallest form ”.

Like Susanna Andres, Professor Herz is committed to a more diversified banking system that takes into account regional differences across Europe: “The bottom line is that we need more space for regional and national exceptions in the banking system. This is very important based on what the financial crisis has taught us. In particular the regional banks have been acting as a stabilizer of the economy. “.

Opening up a debate about the role of local and co-operative banks could help us strike a better balance between regulating those who are too big to fail and driving operations on the one hand. Business risk of becoming too small to grow, someone else. “It is essential to foster reflection on the importance of complementing the current trend – setting up a single banking model that will lead us to have a few large corporations in the medium term – with a more social banking model rooted in territories represented by credit cooperatives, this allows for the creation of more sustainable and balanced societies, ”Andres concludes.