What is Russia’s threat to the Baltic states really like? 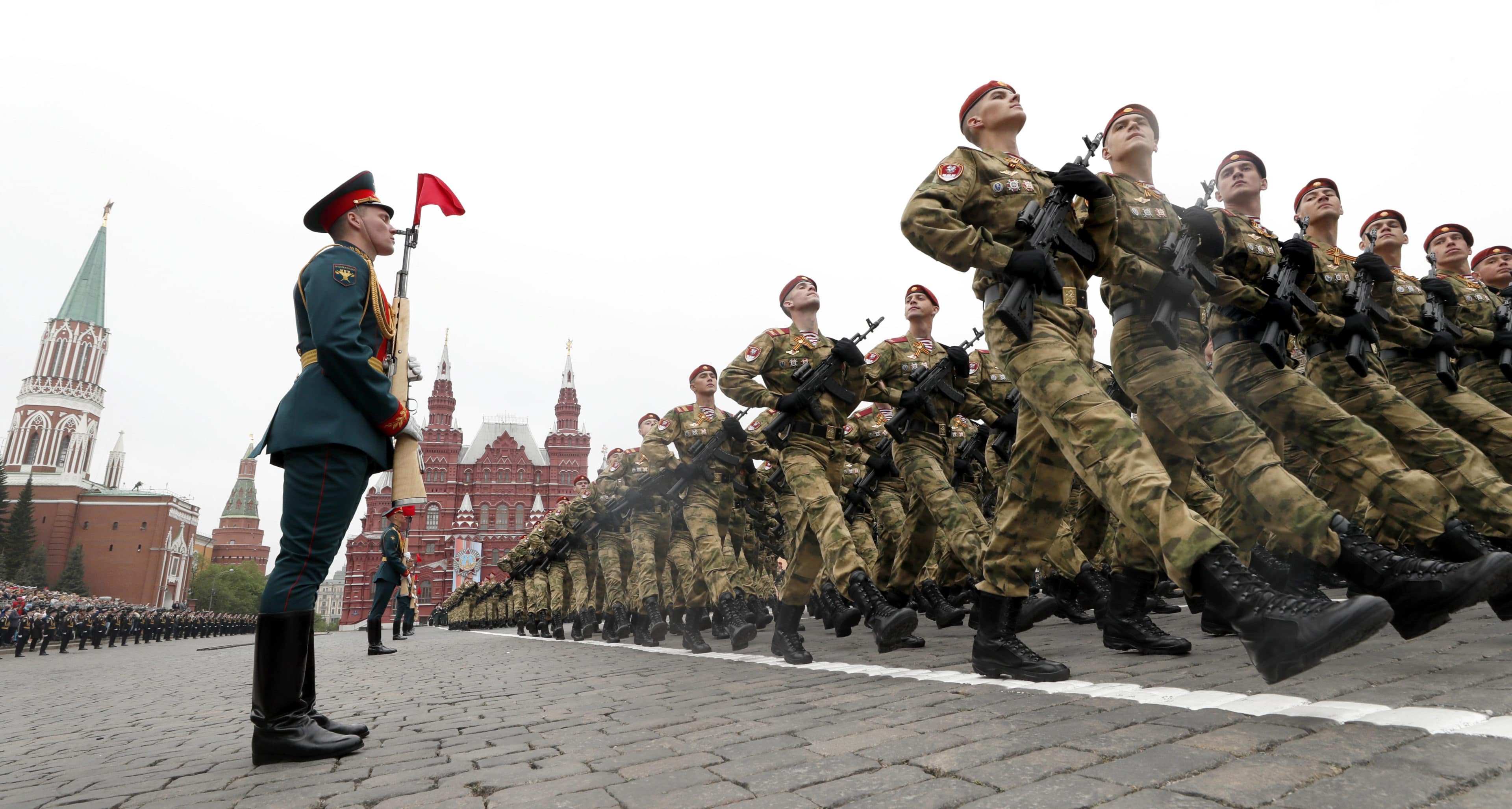 During events that took place in Georgia in 2008 and then in Ukraine in 2014, Russia has shown great determination to gain geopolitical leverage by using force in terms of controllable risks. controllable. The Russian invasions into other countries stunned the world.

In addition to Western economic sanctions, which have played a major part in crippling segments of the Russian economy and heavily covered in the Western media, Moscow is not subject to What significant punishment does it take for Russian actions? There is no sure military answer from NATO This has given the Kremlin confidence in its ability to carry out many forms of war abroad.

For the Kremlin, outside intrusions were not just a matter of rebuilding its power and influence nearly thirty years after the collapse of the Soviet Union. Russia’s internal complexities related to economic and political incentives have prompted the Kremlin to constantly seek temporary solutions.

Whenever Vladimir Putin wanted to bring people together and relieve social or elite pressure, he staged a war on the idea that Russia is under siege. Putin is a great exploiter of his interests and the country and has perfected a unique formula to deliver the prospect of a new Russian Empire amid growing economic and social uncertainty. .

Hence, Putin’s external intrusions into neighboring countries and his czar-like public appearances aim to defuse the fact that he simply cannot bring Russia. a better economic future without reforms would seriously undermine his personal power. This prompted him to formulate policies that focused on returning Russia to the status of great power it enjoyed during the Soviet era.

The czar’s chair is shaking in the cold Moscow

Russia is in a comprehensive economic and pandemic crisis. The chaos caused by the COVID-19 over the Russian economy has overlapped growing fears of permanent power and who will eventually succeed him when his term ends in 2036.

The imprisonment of opposition leader Alexey Navalny and his growing popularity did not help in any way. For the first time since taking power more than two decades ago, Putin is now facing a formidable opponent whose political and social influence has helped Navalny gain immeasurable support. of the people of the country.

More and more Russian publics began to accept Navalny’s message about the country’s future. Navalny has also attracted growing public support from the United States, Germany and several European Union organizations, as well as from rival factions in Russia’s power structure. The only fact remains that if Navalny doesn’t have some internal support, then he won’t be a problem for the Kremlin long ago.

All of these factors greatly frighten Putin as he looks set to remain in power for years to come.

The anti-Putin movement was triggered by Russia’s weakening economy. A study published by the Moscow School of Economics in 2019 found that the overall deficit of all regional budgets in Russia is as high as $ 9.09 billion or 677 billion rubles, the highest on record in Russia. 14 years. Based on jamestown.org57 of the 85 constituent Russian territories (including the illegally annexed Crimea) were in deficit last year.

The problems Putin is facing are directly related to the decline in the living standards of the Russian people. Roostat, the Federal Bureau of Statistics, determined the cost of food and beverages increased by 7.9%, with a 1.2% increase registered as of this February. According to gazeta.ru, quoted by jamestown.org, Some Russian experts have suggested that Duma, the Russian Parliament, would have to pass a law introducing free food stamps to the poor for bread, milk and sugar.

Economic unrest is simmering across the country, compounded by a group of powerful oligarchs who cannot rejoice to see that London and Paris are not willing to offer them shelter or to shop freely. roof too.

The Kremlin’s involvement in suppression of pro-democracy peaceful protests in Belarus and a role of mediator – with specific personal interests – after the most recent Nagorno-Karabakh War between Azerbaijan and Armenia , are operations that are not nearly as well done. as in Georgia and Ukraine. To save himself, once again, Putin will need a strong outside action to help him regain his credibility, and that pushes the Russian people to endure even more cold and hungry winters to broaden ambitions. Putin’s new empire.

30 years really under the Baltics siege

Putin is no stranger to building and being at the forefront of propaganda. In 2015, after Russia invaded and annexed Crimea, Putin did Interview by Charlie Rose, a former American talk show host. In the interview, Putin took the opportunity to reiterate his desire to reunite all Russian-speaking nations with the Russian Federation: “Do you think that 25 million Russians suddenly ‘go abroad’ is normal? Russia is the largest divided country in the world. No problem? Well, maybe not for you. But that’s a problem for me ”.

The Baltic Republics of Estonia, Latvia and Lithuania gained independence from the Soviet Union in 1991, but were militarily free from post-Soviet influence only in 1998. Today the Baltic is a full member of the Soviet Union. NATO and the European Union, but remain wary of Russia. and the tendency to put pressure on governments through aid from Russian-speaking minorities living abroad.

According to available statistics, 25% of Estonian citizens speak Russian as their primary language. This increased to 36% in Latvia (including 53% in the Latvian capital Riga) and 4.5% in Lithuania. This national language puzzle has always been a solid prop for Russian mischief.

A cyberattack organized by Russia’s intelligence agency on Estonia in 2007 is a perfect example of how the Kremlin manipulated certain issues to garner support from Russian-speaking minorities. . The Estonian government’s decision to move a statue located in the country’s capital Tallinn, a statue dedicated to Soviet Red Army soldiers killed in World War II, has turned into a heated controversy between people who speak Estonian and Russian. Fake news spread by Moscow repeatedly poured gasoline into the fire, leading to vandalism and street fighting.

This hostile atmosphere was followed by a comprehensive cyberattack aimed at Estonian government institutions, banks and newspapers. This event revealed the depth of Russia’s strategy to completely destabilize neighboring countries with significant Russian-speaking minorities. Thus, that perception, in the years since the statue’s incident, prompted the three Baltic states to significantly improve their cyber defenses.

Fluttering the national beehive isn’t the only ace in the Kremlin’s sleeve. Russia also uses its military assets. The general sentiment of uncertainty is dominated by the large military presence in Kaliningrad, especially because Russian jets routinely breached the Baltic space. According to one RAND Company reports and a recent one Swedish reportNATO will have great difficulty defending the Baltic states from a full-blown Russian offensive.

Although they are still in danger due to their geographic location, because of NATO members, the Baltic states have a powerful ally that can act as an effective strategic defense buffer in the event of Moscow’s implementation. Any attempt to conduct an invasion on one of the three countries. Furthermore, the Baltic people knew that Russia had never lacked the theoretical ability to occupy their capitals – Riga, Vilnius and Tallinn. Despite that, Russia’s intelligence agencies – the FSB (the successor to the KGB) and the GRU – will try to destabilize the Baltic, even if such actions do not risk igniting an all-out war. face up with NATO.

In fact, the Russian threat was no longer a long line of tanks ripping through the Eastern European countryside, in a relentless march toward one of the region’s national capitals.

Instead, Moscow’s means of pressure have diversified greatly in recent years and include a combination of tactics, misinformation and fake news, propaganda, prophecy. on messengers, the capital of Russia, organized crime and money lurk deep in some of the foreign financial paradises that the core of Russia’s Power it uses against the Baltic and other countries in Europe. Europe.

This new mixture is far more powerful than the entire historical military might of Russia.